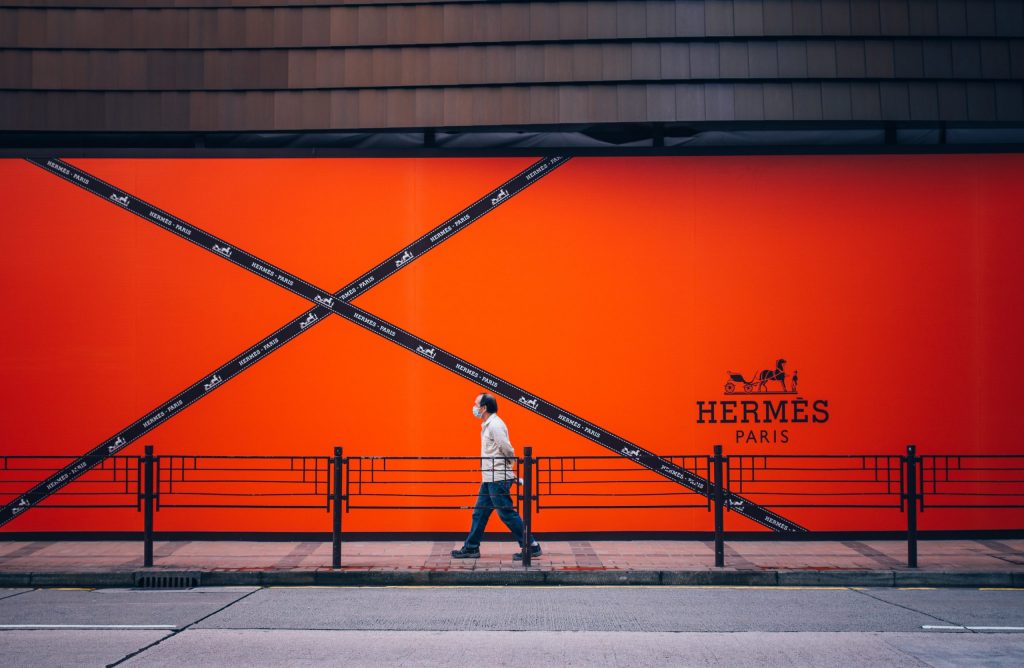 The year was 1983. Style icon and actress Jane Birkin was trying to fit her bag in the overhead compartment on the flight when her bag’s contents kept spilling over. That’s when Hermès Chief Executive Jean Louis Dumas, who was nearby, took notice. Birkin explained that it was hard to find a practical leather bag she liked and soon after, the Hermès Birkin tote was born. Only that instead of being just another stylish bag with functional benefits, it became ‘the’ status symbol of modern times and still is today.

Victoria Beckham is reported to own more than a 100. In the iconic show Sex and the City, Samantha Jones famously says, “I know it’s not my style. But once I have a Birkin on my arm, I’ll know I’ve made it.” At the time of writing this article, there are 1.9 million Google results for ‘How to buy a Birkin’.

Buying the Hermès Birkin is not an easy feat in itself

Firstly, it costs between $11,000 to $380,000 depending on the leather used and the model’s rarity. Secondly, there is an up to six-year waiting list to buy the bag. Lastly, the bag is not advertised anywhere.

The puzzles become more interesting once you have (somehow) managed to acquire one. Acquired, not just bought. Hermès Birkins are one of the very few fashion items that almost always sell for higher than their initial price, sometimes up to 10X. Some consider it a better investment than gold.

So, how did a leather tote become the ultimate status symbol? Let’s dig into the Hermès marketing strategy. In our article about LVMH’s business model, we talked about how in luxury, there’s ‘anti-laws’ or ‘anti-marketing’. That’s when everything that’s known to work in fashion marketing goes out the window.

With the right marketing strategy, Hermès has created a €36 Billion empire. Not just that, the brand has customers spending sleepless nights to buy their products.

The interesting thing is that after reading this article, you’ll have a better chance of getting the Hermes bag you want, than you did before. But more on that later.

Hermès was founded in 1837 by Thierry Hermès. Initially, a high-end carriage leather goods company serving noblemen, the company evolved through the 20th century to produce handbags, scarves, couture, tableware, and perfumes. Managed by the family ever since, the motto remains: Que l’utile soit beau’ (‘That the useful be beautiful’).

Instead of paid advertising for its iconic bags, Hermès only spends on ads for its scarves and clothing line, the far more accessible categories.

The Hermès Kelly: An accidental icon

Previously named Sac à Dépêches, the 60s bag by Hermès became a worldwide sensation after being seen on the actress turned Princess Grace Kelly of Monaco several times. Interestingly enough, Kelly often used the large version of the bag to hide her pregnancy from the paparazzi. Shortly after, Hermès renamed the bag. Just like the Birkin, the Kelly is elusive to find and buy.

Though it wasn’t always smooth sailing. In the 1970s, Hermès started to be perceived as an “old people’s” brand, losing its foothold in the luxury market fast. Finally, in 1979, newly appointed executive Jean Louis Dumas launched an ad campaign showing a young, denim-clad woman wearing a Hermès scarf. It worked.

Much of what bears the still-discreet Hermès label changed from the object of an old person’s nostalgia to the subject of young people’s dreams.

Today, Hermès rakes in a revenue of $6.8 Billion a year. The brand takes pride in its heritage and doesn’t succumb to fads, even in its marketing. But the best part hasn’t started yet.

Word of Mouth: Owning an Hermès bag is a key to belonging in high society, a currency of legacy

There’s a concept of luxury you have before knowing about the Hermès bags, and one after. By combining investment in client relations and building bonafide heirloom potential, Hermès has ensured that it’ll never need ads for the bags.

The most powerful aid in Hermès’ success is in fact, word of mouth. Not unlike Victoria Beckham, the bags are a hot favorite of celebrities, heiresses, and affluent women all around the world. In affluent circles, the sleek lock and the signature shape have instant recognition value.

It is a fact that if someone in your family already has a Birkin or Kelly, you’re more likely to be able to get one from the store.

Earlier, we mentioned that you cannot always get the bag you want. This is because of the (guessed) rarity of each model.

Hermès’ two iconic bags, Birkin and Kelly, were named after real-life influencers. This has become a common practice for luxury brands now. For example, there’s ‘The Alexa’ by Mulberry, named after style icon and ‘it’ girl Alexa Chung and ‘Kate’ shoes by Louboutin, after supermodel Kate Moss. However, Hermès was one of the first to start.

It is notable that the muses chosen by Hermès weren’t just megastars. If it had to pick the most famous actress of the time for renaming what is now known as the Kelly, it would’ve picked Marilyn Monroe. But that would be the wrong choice, and not just in hindsight.

Jane Birkin was famous in Europe for her effortless French style, films, and some music work. But at the time, she was largely unknown to the masses. Still, she was the right choice. We have already established that luxury brands are built on the currency of heritage. The Hermès’ muses are in line with the brand because of the brand’s stories attached to these women – a simple, often overlooked idea.

We can’t talk about (good) luxury marketing without dipping into this concept. Hermès has mastered the strategy of scarcity marketing. This tactic creates a heightened demand for the product by ensuring that the supply is perceived to be limited. But Hermès takes it one step further! The brand never discloses how many of its iconic bags it makes in a year.

If you wish to buy an Hermès bag, you cannot be sure that its color, exterior, and interior will be just as you want. OR the amount of time it’ll take for your bag to arrive. Some receive their bags in 8-9 months and some wait for years.

Of course, there are standard models too. However, even those are not made available unless you have a history with the brand. Hermès has maintained its image of scarcity thoroughly.

Relationship Marketing: Making the customer sell to Hermès instead

You walk into a store. You see what appeals to you and then you buy it. This is usually how things go at most stores. At Hermès, it is the opposite.

When you walk into an Hermès store, Hermès sees whether you deserve to get the bag of your choice.

In fact, clients are nearly always required to have had a long sales history with the brand. Earlier we mentioned that Hermès has a couture and season based accessories line just like others – this is how it sells them. Customers line up for the Birkins and (have to) spend on the regular lines, which ensures a steady revenue. But that’s not to say that it doesn’t value its customers. Hermès has a massive client relations department, with specially trained sales assistants meant solely to cultivate lasting relationships with customers (the operating word being lasting).

Most Hermès clients really do have long-standing relationships with the SAs. A quick Google search for how to secure a Kelly or Birkin will prove as much. The big difference is that Hermès truly wants customers to know and understand its heritage, which is also one of the key things they look for in a customer. It doesn’t hurt either, a story like that is worth knowing.

What’s more? Now you, dear reader, will be more likely to get a Birkin, just by learning the brand’s history.