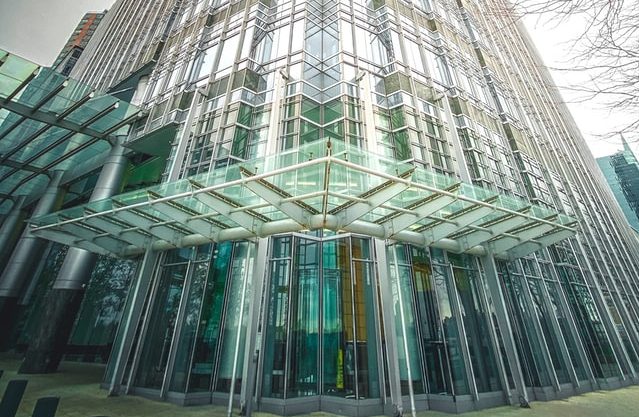 Goldman Sachs is one of the most popular names on Wall Street. Goldman Sachs, which marked its 150th anniversary in 2020, had always been known on the street as a legacy ‘investment’ bank with main business lines of investment banking and trading.

Now, Goldman Sachs aspires to become like other ‘normal’ banks by entering an uncharted business vertical of retail banking. What is perpetrating this change, and how has the company fared in its efforts?

The legacy of Goldman Sachs

Traditionally Goldman had been involved by and large in the following business verticals:-

A few other banks like JP Morgan and Citibank are more traditional commercial banks since they also accept retail deposits and provide loans to individuals, thereby having more exposure to the end consumers.

The need for diversification

Goldman had thrived on the prowess of its trading division to shore up both its revenues as well as net income. At its peak, the trading division constituted almost 75% of the total company revenues.

However, the trading revenues started witnessing a decline since the financial crash of 2009, from reasons including but not limited to more regulations, declining investor appetite for taking risky bets, falling commodity prices, and the inherently volatile nature of trading itself.

Yet another issue Goldman faced was the size of its balance sheet (read: total assets of the company), which was lower compared to peers such as JP Morgan and Citi Bank since it was not taking retail deposits. This hampered Goldman’s ability to underwrite bigger IPOs and bond issuances since there was lower capital they had to support their investment banking activities.

Goldman saw an opportunity in the consumer banking space, which was largely untapped by legacy banks. Based on their team’s interactions with consumers, they unearthed that the common problems people faced in their everyday banking were complex jargon, hidden fees, and policies and products that were inflexible given their needs.

Goldman decided to solve these issues with a digital-first approach – by introducing a neo-bank named Marcus. The name Marcus comes directly from one of the founders of Goldman Sachs, Marcus Goldman.

The company hired Mr. Harit Talwar, an IIM Ahmedabad alumnus who had previous experience working in the consumer franchise of Citibank and Discover financial services to lead Marcus.

The real secret sauce in fintech is when you use your technology, data, and balance sheet capabilities to help customers empower themselves and meet their own needs

Marcus started out offering an attractive savings bank account, high yield certificate of deposits, and no-fee personal loans. By offering above-market interest rates (2.05%, which was 4 times the national average), it wanted to lure customers away from banks giving meager rates on deposits.

Initially, the target audience was the young millennial population who are technologically savvy and do not shy away from adopting new-age neo-banks as an alternative to traditional branch-driven banks.

Marcus aspired to offer its customers personal loans to help them pay off their credit card debt since the APY (Annual percentage yields), i.e., charges or interest on those, were far higher than any debt in the market. They marketed the product as a tool for ‘Debt consolidation’ wherein one could take a lower interest rate from Marcus to pay off all their other higher-rate outstanding loans.

The biggest differentiator for Marcus was that the product was at the intersection of the offerings by legacy commercial banks and new-age neo-banks. Neo banks could make a space for themselves by offering a superior user interface, fluid payment options, and round-the-clock customer service. However, these startups lacked the balance sheet strength to make the loans themselves and hence had to partner with traditional banks to make the loan.

Conversely, while the legacy banks had the strong deposit base to provide loans to people, they were often marred by cumbersome processes, outdated technology, and poor customer service.

In its attempt to disrupt this space, Goldman was able to leverage its technological prowess to adopt a branchless retail banking network, which allowed them to save a lot of money on overheads since running all the physical branches required huge operational expenses.

Simultaneously, Goldman also had the balance sheet strength to make the loans independently, thereby having control over the entire customer lifecycle. To add to this, Marcus bank was able to benefit from the Goldman Sachs brand name immensely. It was able to thwart competition from many fintech firms, which were still relatively unknown and had to spend on marketing to acquire customers.

Expansion to newer products and geographies

Having successfully launched Marcus in the USA, Goldman expanded its reach to the UK in 2018 again by offering higher interest rates and obtaining 100000 customers in just a month.

By June 2020, that number shot up to 500,000 at which point Marcus actually had to restrict new customers from opening accounts since the deposits would have breached regulatory limits. As seen below, Marcus has shown tremendous growth on all fronts.

In August 2019, Goldman collaborated with Apple to roll out a revolutionary new offering, a titanium-made credit card called Apple Card. It was a huge success with customers owing to great features like no fees, daily cashback of 2%, and enhanced security and privacy features. This gave Goldman access to over 100 million iPhone users enabling it to provide subprime loans to consumers through a robust tool for tracking each person’s spending habits and appetite for taking loans. Think of sub-prime as those who have lower credit scores (technically FICO scores lower than 660).

Marcus now aims to expand into newer features such as wealth management for the masses through Marcus Invest, a Robo advisory platform that allows consumers to open an account with a minimum balance of $1000 and an annual maintenance fee of 0.35%. The platform will check the risk tolerance and the investment horizon of its users and recommend customizable strategies to them.

Goldman Sachs has always been at the forefront of innovation and deserves credit for successfully implementing this strategy pivot. Over the next 5 years, Goldman aims to amass over $125 billion in consumer deposits and have a $20 billion-plus loan book.

With digital banking having gotten an impetus post the pandemic, Marcus is presently in growth mode and looking at acquisitions to boost its presence.

While there are no immediate plans to launch Marcus in India, neo banking as a concept has kicked off recently with the likes of Razorpay, SBI Yono, and Kotak 811 becoming popular. With the right policy levers in place who knows we might see a Marcus offering in India too!

Lastly, I would like to leave you with a snapshot that shows how the Goldman franchise has expanded its product offerings over the last few years, cementing its position as a market leader in banking.

I am a finance enthusiast with a passion for tech, investing, and the startup ecosystem. Having completed my MBA from NMIMS Mumbai, I am presently working in the field of Investment Banking. I love reading business books, consuming OTT content, watching football, and doing adventure sports.