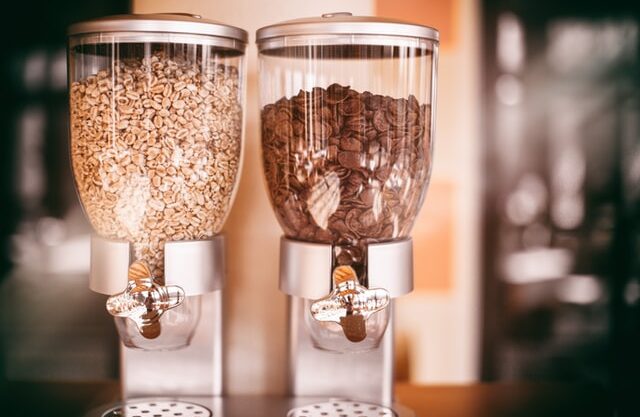 It’s a lazy Sunday afternoon (Sunday mornings do not exist) and you prepare a bowl of cornflakes for your routine breakfast.

You take the first portion in your mouth, and immediately, your friend from the other room reminds you to add one packet of Kellogg’s Cornflakes Original to the weekly grocery list. We haven’t yet upgraded to the fancier Kellogg’s Cornflakes Real Almond and Honey because we are students living on a budget. Also, the crunchy sound is the same.

Do you see what happened here? The crunchy sound of a cornflake snapping into pieces was so distinct and characteristic that my friend from the other room immediately recognized what I was having for breakfast (at one in the afternoon) and even associated a brand to it.

You might say she knows what I have for breakfast every day (yes, we are not big on diversification of our breakfasts), but you get my point. Kellogg’s cornflakes have a distinctive and unique sound and the brand bet big on it early on.

The Power of Sound

Traditionally, brands have focused on catering to consumers’ sense of sight by ensuring optimal visual satisfaction through their products. This includes gorgeous product designs, conspicuous packaging, and even advertisements exhibiting splendor and a little bit of razzle-dazzle to offer a complete visual package to consumers.

We have all been guilty of getting attracted to brightly-colored packaging on grocery shelves, only to repent later that all that glitters is not gold. The other four senses, namely sound, smell, touch, and taste, have conveniently been sidelined and relegated to the background. Especially the sense of sound.

It’s important to note that we perceive the world through the combination of all our five senses. They trigger fond memories, transport us to parallel realms, and tap right into our emotions.

The sense of sound has some powerful physiological, psychological, cognitive, and behavioral effects on humans. It enables us to connect the dots and relate objects, people, experiences — you name it. You know bad luck is in store for you when you hear a callous caw on your balcony.

You know you are in store for a major mood uplift when you hear piano rock. Now, imagine a brand leveraging all these effects to dramatically increase its brand recall value and secure a permanent and memorable place in its consumers’ minds. This is what Kellogg’s set out to achieve as it realized the significance of the sense of sound.

Even though audio marketing has been around for ages, the incumbent “sonic brands” repeatedly failed to conjure up a truly unique sound that left an indelible impact. Most of them artificially created the sounds first and then tried to deliberately bring them to people’s attention, cajoling them into associating those sounds with their brands.

Some of them rented pop culture clippings to soundtrack their commercials. Rather than letting the sound naturally blend in with product usage and slowly become ubiquitous, these brands adopt a hurried and mechanical approach and ended up giving rise to “corporate sounds.”

Some brands got it partially right wherein they created a unique sound DNA and armed themselves with a repertoire of sonic assets. But in this clutter, that one distinctive sound was lost.

Then came along Kellogg’s, and it completely changed the paradigm of audio, and to an extent, sensory marketing. In addition to making the snap, crackle, and pop sound as a means of brand recognition, it also made it a criterion to judge the product quality.

Kellogg’s Rice Krispies that do not snap, crackle, and pop are considered to be stale, even though the taste or smell might not have altered much. In essence, the brand places a heavy emphasis on this crunchy sound which is used as an indicator for almost all other product attributes.

Its initial marketing adverts even featured three characters named Snap, Crackle, and Pop, highlighting the importance of the sound of the grain in their overall marketing strategy as well.

Interestingly, several Autonomous Sensory Meridian Response (ASMR) videos have also been created on this iconic crunchy sound. The videos — some of them running up to one hour — feature the sounds associated with a person opening a Kellogg’s cereal packet, pouring the grains in a bowl, mixing them with milk, and then finally eating the cereal.

The brand has created a synergy between texture, taste, and sound where sound acts as an anchor. In short, Kellogg’s considers the crunchiness of the grain as having everything to do with the success of the breakfast product.

Gradually, the crunchy sound became so well-known, pleasure-inducing (thanks to ASMR videos), and uniquely identifiable that the brand decided to patent it.

Kellogg’s approached a Danish music lab and requested them to recreate the highly exclusive and distinctive crunch associated with their cornflakes so that anyone helping themselves to a bowl of cereal will instantly recognize the anonymous cereal as a Kellogg’s product, by the mere sound of the crunch.

This strategic move also provided the brand with a lot of positive publicity, with 74% of modern consumers now associating the word crunch with the company.

The power of audio marketing is underrated. Before thinking of investing in mind-blowing graphics for brand commercials or out-of-the-box ideas for product packaging, brands could instead ponder what appeals to human beings on an everyday basis and think of integrating the five senses their overall brand strategy to achieve a greater emotional connection with consumers. Kellogg’s mastered it and has set a great example for future brands to emulate.

Vinshu is an MSc in Management graduate from ESSEC Business School in France with a specialization in digital strategy and operations. She is deeply passionate about writing and believes in penning down insightful and inspiring stories that leave a positive imprint on people.