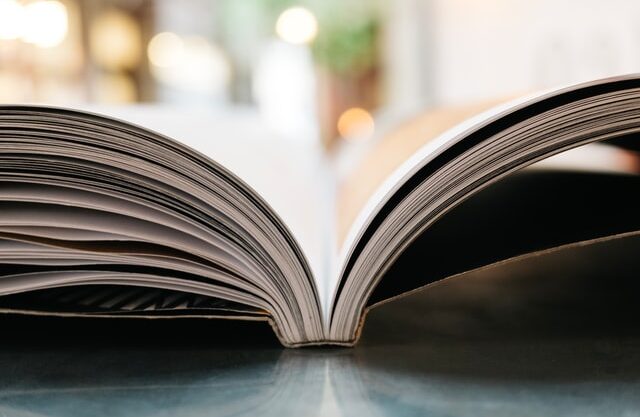 Marketing Plan that made “The Economist” a must-read

Can you guess the name of a business magazine brand if I tell you that the brand is headquartered in London and some of the stakeholders in the company are the richest heritage families in the world like Cadbury, Rothschild, Schroder, Layton, and Agnelli Family? Almost 2 in 3 users of this brand in the US have a salary above $100,000.

Let me try again. What if I tell you that the Pearson group sold its 50% stake in this 175+year-old brand for half a billion dollars in 2015 to the Agnelli Family? Any guesses so far?

The first time I actually got to use the product was during my college days 2009-2010), as it was freely available. I just wanted to enhance my business knowledge through that magazine. I was intrigued even then about why people would pay a premium for this brand when you could easily get a similar offering at 1/10th the price.

Yes, The International weekly newspaper printed in magazine-format and published digitally that focuses on current affairs, international business, politics, and technology advancements across the globe.

The reason why The Economist is valued so highly among the elite readers is that it is much more than just a business magazine.

The quality of insights is valuable to the business community. More or less so are the insights from 1500 magazine launches, over 300 new TV channels, more than 200 new radio stations, and millions of websites. But The Economist has earned a reputation for itself. How? The Economist has over the years invested in crafting a brand for a very niche audience.

What marketing plan made The Economist so unique over these years?

Unlike most media brands, The Economist went ahead of its time to decide in 1988 to alter its approach and invest in brand marketing rather than in a tactical, content-led approach. This strategy has also led the brand to build a huge loyal customer base and opened up new revenue streams.

So what does it mean? They realized “The importance of selling a brand and not the next week’s issue”. The beauty of their approach was that they started looking at the problem from a marketeer lens rather than a journalist’s lens. But here is the problem. Imagine building a brand around a newspaper. This would definitely sound dull and boring to a lot of people. This branding activity certainly required some out of the box thinking!!

There is no such thing as boring products only boring Marketeers!!!!

The Economist absolutely epitomizes the above quote. The Economist made marketing and advertising fun through innovative creations.

What is The Economist’s Strategy Story behind its innovative branding?

The Economist recognized the need of a new brand positioning and identified key business problems with the existing model.

Firstly The Economist was competing in a highly competitive market of traditional newspapers and cluttered market of business magazines.

Secondly, the existing business model revolved around the elite club of wealthy readers only. Such an intellectual magazine with such a niche audience and could easily go out of business.

However, The Economist learned. It had become clear that the most compelling catalyst for future growth would be a much wider circulation.

Now the marketing objective had become to increase the penetration within a young audience who has neither considered nor rejected The Economist in the past. While doing so The Economist wanted to shift the subscriber persona away from an older and very male dominant to a younger and diverse individual who is hungry for future personal growth.

Their research led them to understand that there was a belief among readers that The Economist actually provides something different and extra — a distinction and a sense of knowing. There is a feeling that readers of The Economist actually have a lead over the non-readers. The readers feel premium and connected their success with reading The Economist. This emotional response formed the basis for the advertising strategy through provocative messaging.

You don’t want to be seen on the tube reading the Mail but you’d be rather pleased if you were spotted with a copy of The Economist under your arm.’

The marketing campaign that changed the fate of The Economist

The communication was so hard-hitting and bang on that they never had to speak like a newspaper.

Rather they spoke like marketers just trying to communicate the product attributes. In just 9 days of launch, the campaign hit 50% of the target (650k new prospects) and eventually 5.2Mn leads in 5 weeks. The campaign was so targeted on its objective that 64% of new subscribers were under 40.

In fact, the rumor around this ad is that the brief given to the agency was to write a copy in less than 8 words because that is the only time you could get from a busy business executive in one glance.

The above-shown award-winning ‘White out of Red’ campaign helped The Economist to enjoy a circulation increase of 64% from 1988 to 2001 against a market decline of 20% during the same period.

It’s hard to think of a standalone ad that has so effectively positioned a brand to its intended target audience.

The real beauty of this ad, however, was the way it provided The Economist with a blueprint (or should that be called a red print) for all their future ads; the only thing that ever needed modification was the copy.

You would find below some of the pieces of evolution in the branding of The Economist :

The same concept of Whiteout of Red led to the entire brand creation journey for them to lay their foundations for decades.

Why this campaign worked so well?

The best part about all of the communication was that none of it focused on journalism which was the main product but rather on the quirky, witty messages to imply a latent connection between its audience and the message it wanted to communicate. The Economist is a perfect example of a newspaper turning itself into a marketing company.

They continue to be one of the only few elite newspaper magazines that charge such a high premium, have a very selected readership base, and still continue to grow.

The point to note is that this was not just one of the ads. They took the route seriously to craft a brand story over the last 30 years (Since 1988) to grow along with the conscience of their readers and admirers

They understood that even though they were unchallenged in data journalism and depth of analysis this investment would pay sweet results.

Just go through the below campaigns and you would get an idea of how they have taken their brand idea to life consistently not once swaying from their goal. It all started from “Victims of success” to their present-day stance of “Never stop questioning”

The Economist has grown from being a print-only newspaper to being available online, in apps and now also in a daily edition via Economist Espresso. This ad again clearly captures their evolution of the brand positioning — Broaden your horizons.

They now wanted to appeal to the new global audience the so-called “Progressives”, true global citizens seeking to objectively understand international issues. There is no better tool for arresting the attention of Progressives than the profound truths found in The Economist. The truth was the ultimate provocation.

The most recent stance taken by the magazine is around their need to probe continuously into the conscience of the readers. The Economist’s stance to question everything has also been reflected in its willingness to challenge prevailing orthodoxies on subjects such as immigration, gay rights, drugs, and the monarchy.

The weekly more recently has shifted towards the adaptation of advanced data analytics and digital transformation, this only re-affirms the importance for all brands in today’s age to stay relevant. Only time will tell if they continue to be relevant however if their 175+year history is anything to go by then they have definitely stood the test of time.

This leads us to the point we started this article with and makes us question certain myths that many of us have around marketing :

There are no boring products only boring marketeers!

P.S — This is just a flavor of why and how a news publication created value worth a billion dollars by genuinely investing in the creation of a brand and a strong positioning for the TG. The standard of journalism (Quality of product) adopted by The Economist is out of scope and worthy of an article in itself, hence not discussed here.

Nikhil is a marketing professional with a decade of FMCG experience across top brands. He has a spectrum of stories experienced from the hinterlands of rural India to the bustling supercities of the Middle East. The articles written by him is a step towards his storytelling journey.