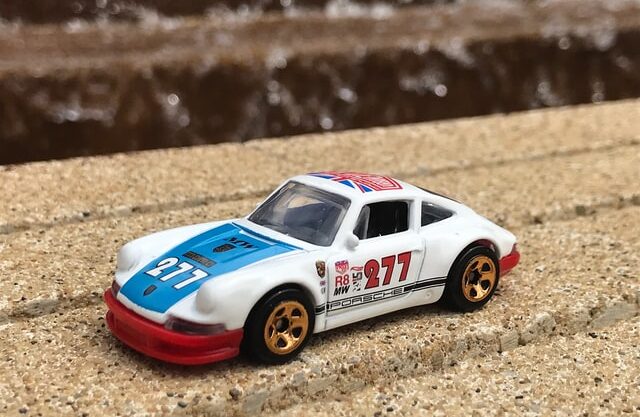 Why Hot Wheels is 50 years of branding genius

You would be surprised to know that the world’s largest car company, simply in terms of the sheer number of cars made ever – actually doesn’t make real cars! Yes, that’s right.

You will more surprised when I tell you that its a toy car company called Hot Wheels!!

This is no news for Michael Zarnock. A New Yorker and the world’s top collector of Hot Wheels with over 30,000 cars, he lives, eats and breathes the brand. Quite literally!

He earned himself a Guinness Record in 2003 and 2007 for his love for the wheels. He authored a book “The Ultimate Guide to Hot Wheels Variations” and went on to write 12 more books. All on Hot Wheels!

As we pen this down at ‘The Strategy Story’ there are 4 Billion+ Hot Wheels produced. The first die was cast in 1968 and this brand has been blazing through 50+ years of history to become the world’s all-time best-selling toy.

What branding strategy made Hot Wheels so special?

So, how do you actually build a brand that stays relevant and on the top for over 50 years? More importantly, how does it become a cult brand? A cult brand that has a community of brand lovers that simply never outgrow the toy brand?

A lot of it lies in how the brand actually started. When Mattel, the parent company run by husband-wife duo, Elliott, and Ruth Handler, entered the business they were making photo frames in a garage. They used the scraps for making dollhouses. And that’s what actually sold!

They put in their energies in the right place, doing what they did best – which is making toys. The couple tasted success soon, and the business grew manifold. They gave generations and generations of children, toys that were a legacy with popular names like Barbie.

When Mattel started Hot Wheels, the couple didn’t realize that they were not just making a toy, but making a history! Elliott Handler, the passionate man, challenged his team of designers consisting of an actual General Motors Car Designer and Rocket Scientist to create the best car ever. He wanted to fire the imagination of little boys the way it had never been fired before.

Then The Magic Happened!!

When his team created the first Hot Wheels car, he was totally blown away and his first words were, “That’s some Hot Wheels!” And that’s how the brand got its name.

Then, they created the famous 16 original miniatures, all based on actual real cars. In fact, their ‘Custom Corvette’ was released before the launch of the actual car by General Motors creating a scandal in the market.

Each car was an exquisite piece of detailing, engineering marvel, and performance with actual paint jobs. Probably, no one had put so much effort into building toys ever.

This is something that Hot Wheels never compromised on. They hired actual car designers with cutting edge work portfolios to create legendary pieces of art. At one point, they even had a missile designer on the team.

How Hot Wheels kept the brand relevant with all the generations?

Mattel, kept the brand relevant through the 1980s, placing the Hot Wheels miniatures into Mc Donald’s happy meals. They even partnered with Kellogg’s and became a part of many special moments in a little boy’s life. If you were a little boy and you didn’t want some Hot Wheels, there was probably something not okay with you. In the 1990s, they signed a deal with 5 Formula 1 teams. It was almost as if Hot Wheels marketing decisions were being guided by a divine force. This injected fresh excitement into the brand.

In the 2000 era, they actually started producing real cars!  Their first car was a Twin Mill, featuring two engines and over 1,400 HP (which is a big deal).

Today, as the brand continues to build childhood memories for kids across the globe, the brand lives on. There are actual clubs that host a community of collectors and customizers.  Some famous ones are The Blue Real Riders Club and Red Line Club.

And the best part is that they continue to drive value for their consumers. The price of a single Hot Wheels car has not changed since 1968, about 98 cents.

Hot Wheels YouTube Channel has 2.69Mn Subscribers with 2000 videos that have received 1,934,283,966 views. YouTube was launched in February 2005 and Hot Wheels launched its channel in December 2005. The brand understood the importance of online videos.

Check out the coolest toys, the craziest stunts, the fastest action, and the most epic races on our channel! Go behind the scenes for exclusive content, jump behind the wheel of World Record-breaking stunts, jumps and loops, and show us how you perform the craziest stunts on orange track!

If all this is not enough to love a brand such as this, then what is! Enjoy the below video showing the evolution of Hot Wheels cars over the last 50 years.