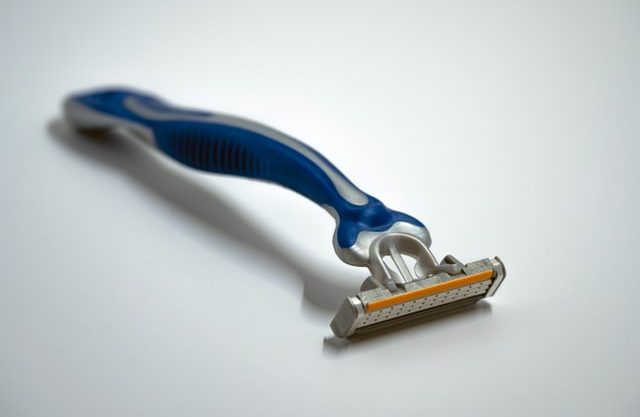 If you scratch your head to recall names other than Gillette when asked about shaving razors & blades, you are like most of us. Gillette has been a brand synonymous with men’s grooming for more than 116 years & is still going strong. Such was the genius brand marketing strategy of Gillette.

It held about 70% market share in the razors & blades market at the beginning of the 21st century. In 2005, Procter & Gamble acquired Gillette at a whopping $57 bn, the largest acquisition of any consumer goods brand to date. Razors business offers a high margin of 25-30% to P&G on account of the 750 million men across 200 countries who use Gillette blades & razors for shaving.

Naturally, this brings forth the question, if the size of the prize was so large, why were other players unable to join the party sooner? Was Gillette’s playbook so comprehensive that it kept competition at bay for over a century? If yes, why could that playbook not guard against a nearly 20% drop in market share over the last decade in the US?  Let us understand the chain of events that led to  Gillette’s dominance in the 20th century and how the landscape changed in 2012.

A brief history of Gillette – The First Mover Advantage

King C. Gillette came up with the idea of a safety razor with disposable blades in 1895. It took him 6 years to design & apply for the first patent on disposable razors & blades. In 1903, the company sold less than 300 blades & razors, which then shot up to more than 200K in the second year.

However, it was still an expensive product for the masses until 1921, when Gillette introduced an improved version of its earlier product due to the patent expiry of its initial design. It then slashed prices of the older razor from $5 to $1 & priced the new razor at $5. This price reduction led to the massive recruitment of consumers for the brand Gillette. This marked the well-known ‘Razor & blade strategy’ genesis where razors are sold cheap while blades are priced at a premium.

Gillette’s early marketing strategy included promotion in World Series in the 1940s – the annual sporting event between the US & Canada. The consequent overachievement of their sales targets surprised the makers.

This blazed the trail for the high-voltage Super Bowl Gillette ad spots. Gillette promoted shaving as a superior experience and a route to building a confident man. In the 1989 Super Bowl, Gillette launched its biggest marketing campaign with the tagline “The Best a Man can get.”

Gillette hired the best scientists from across the world & invested heavily in blade design. In 1971, Gillette revolutionized the razor market by introducing the first twin-blade razor system named Trac II.

Gillette reaped the benefits of being a First Mover in the category; whenever it was not, it quickly developed similar versions, patented with agility & launched in geographies faster than the competition.

Product was always at the core of the marketing mix for Gillette. This was proven by each new launch that was an improvement over the previous one. For example, Mach 3 shaving system launched in 1998 was an improved version of the Sensor model marking a shift from a 2-blade to a 3-blade system.

It took seven years and an astounding $750 million to develop. Gillette invested $300 million in a 360-degree marketing campaign to promote this on TV, radio, print, outdoor & internet to capture a share of voice.

Hence, Mach 3 was born – “the closest shave ever in fewer strokes and with less irritation.” It was launched globally in a span of just one year with consistent messaging with minor local variations. Trade was incentivized handsomely for stocking up & displaying in-store banners. This ensured that the fourth pillar of the marketing mix was taken care of – distribution.

For a disruptive consumer product with a great marketing engine, pricing becomes a critical leg of the marketing mix. Gillette followed value-based pricing for all its variants. Mach 3 was launched with a price 35% higher than the Sensor Excel model. And the results exceeded everyone’s expectations. Mach 3 became the highest-selling razor and blade in just six months of launch in Europe & North America, quickly becoming the first billion-dollar razor & blade brand in the world. In fact, it grew at four times the pace of its predecessor.

To pre-empt competition & increase profits, in 2005, Gillette, under P&G, launched Fusion, the world’s first 5-blade razor with the promise of an even better shaving experience, priced at a 40% price premium over Mach 3. An interesting marketing strategy executed to promote Gillette Fusion was a combination of mass & targeted campaigns.

Gillette called out the better experience and value of Fusion versus Mach 3 & urged its loyalists to upgrade to an improved shaving system. Piggybacking on its reputation in men’s grooming, Gillette ventured into categories such as shaving gels, foams, aftershave lotion for men, and Venus range for women.

The rise of Challenger brands

In 2012, a simple quirky 90-second video by an upstart took Gillette by surprise. The video was about the CEO of a company talking about razors and blades available at $1, about a monthly subscription of blades – a first in the razors & blades industry.

Harry’s was a similar venture riding the D2C wave to sell cheap but good quality razors to the socially active segment, which also acted as the early movers for the new brands.

The collective impact of these companies was such that P&G lost more than 10% market share between 2010-2015, a spectacle of the classic David and Goliath story. Gillette filed a patent infringement lawsuit against Dollar Shave, to which Dollar Shave responded by filing a countersuit eventually leading Gillette to drop the case.

In 2016, Unilever acquired Dollar Shave for $1bn, signaling the potential D2C brands commanded in the space. Gillette slashed prices by about 15% for its products later & made explicit communication to consumers about price reduction. It launched Gillette Club on the lines of Dollar Shave Club. Such open acknowledgment of competition was unprecedented from the house of Gillette.

The below chart explains what the upstarts did to the legacy of the 100-year old giant.

What went wrong in the genius marketing strategy of Gillette?

While it undoubtedly continues to be one of the best marketing organizations in the world, the competition had outdone P&G with smarter new-age marketing strategies. Here are the reasons that changed the game for Gillette so drastically in the last decade:

A bold attempt to refresh the Brand Ideology

In its largest marketing pivot in the last 30 years, Gillette changed its tagline from ‘The best a man can get’ to ‘The best men can be’ & released an ad campaign titled ‘Toxic Masculinity’ in 2019. The ad painted all men with the same color with references to bullying, ‘Me Too’ campaign & had a preachy tone to what good men should do.

It faced the ire of its loyalists, who vowed not to repurchase Gillette blades on social media platforms. Even today, the dislike to like ratio is 2:1 on a total base of 2.4 mn votes & 37 mn views.

Later in July 2019, P&G announced an $8bn write-down in Gillette, citing negative growth in the category due to the beard-sporting culture as a key reason. While the razors & blades category is shrinking, the impact of mass alienation of loyalists caused by ‘Toxic Masculinity’ in addition to rising new-age competition cannot be ignored.

Later, P&G moved to stories of local heroes. This strategy led to some great campaigns like Man Enough & The Barbershop Girls of India. The ‘Man Enough’ ad is worth mentioning as it touched the right chords with the people & was received positively.

The Indian ad with 38 million views on YouTube has garnered more views than the Global ‘Toxic Masculinity’ ad to date, with a much higher like to dislike ratio.

‘The best men can be’ campaign followed the introduction of the fifth P of Marketing by Gillette – Purpose, focusing on sustainability. Gillette launched a new brand in 2021 under the name – Planet KIND. The new brand will focus on preventing 10 million plastic bottles from entering oceans every year. The 5th P Behind the Success of Bombay Shaving Company

The Gillette story is a case that reminds us how marketing strategy is evolving continuously & brands need to reinvent and redefine value to stay relevant to changing consumer base. Value is always about the competition. Value erodes if competition prices the product much below the category norm.

While consumers will always be at the core of any brand evolution, the nuances of serving the consumer needs will vary. With the new brand ideology, focus on sustainability, a slew of start-ups now rising in many countries, and flourishing internet commerce & social media, only time will tell how brand Gillette continues to unlock more value for men around the world to give them the perfect shave.

While Gillette has always believed in providing a better value to consumers, to maintain that, new levers in the category need to be created continuously. To capture a higher pie of the market, Gillette can target the lower end of the market with cheaper variants.

The success of Gillette Guard in India, a made-for-India product keeping in mind the Indian rural user behavior, was a masterstroke. A cheaper variant can act as an entry point for many value-conscious consumers who might later upgrade within the brand.

The task for team Gillette with such a strategy would be to manage the laddering of products across aspirational and affordable spaces while managing profits for its shareholders. Aggressive product line extensions to own the complete shower space for men can be another interesting strategy. They can also work towards becoming more relevant for women in the future.

Subir is a Senior Category Manager by profession & a Creator by passion. He loves to connect the dots and develop new perspectives in the field of E-commerce, Sales, Marketing & Technology. With a career spanning across sales, category management, consulting & engineering over the course of 7 years, Subir continues to explore emerging sectors & trends. He has a deep interest in music, behavioral psychology & writing. In his leisure time, he writes poetry & creates music to soothe the soul.

Zomato Business Model: Everything you need to know