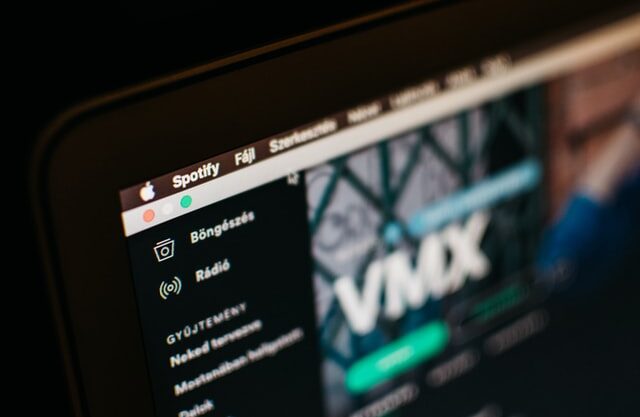 How Spotify Premium is so successful in getting users?

Back in 2012, Spotify was still a new player in the field of music streaming. Before 2012, Spotify was giving its services was free and there was no Premium model. Many famous music artists criticized the company for being an unwelcome disruptor of the entertainment industry. In an interview with Wall Street, Taylor Swift, one of the world’s biggest country-pop singers, explained her decision to withdraw her songs from Spotify in 2012:

In my opinion, the value of an album is, and will continue to be, based on the amount of heart and soul an artist has bled into a body of work, and the financial value that artists (and their labels) place on their music when it goes out into the marketplace. Piracy, file sharing and streaming have shrunk the numbers of paid album sales drastically, and every artist has handled this blow differently.

Multiple artists supported the notion. Because of Spotify’s controversial modes of paying artists for their contribution to the music streaming site. In particular, Spotify functions as a “Freemium” application which allows the free consumption of music by all with the only limitation being the existence of audio advertisements in between songs. Many artists saw this as a subtle form of piracy and an infringement on their rights to be paid for their efforts in producing good music.

With the negative press received from these music artists back in 2012, Spotify did not let this deter them from making breakthroughs. Instead, Spotify went on to implement digital marketing strategies that skyrocketed its business. The real question is, how did Spotify manage to achieve such a feat despite the backlash?

Spotify’s initial advertising ( launched in2008) was kept on a small scale. Spotify was relying mostly on invite-only, co-marketing, and PR strategies instead of large scale advertising campaigns.

In fact, what really sets Spotify apart from other streaming sites like Apple Music is its ability to implement accurate and effective target segmentation strategies in its digital marketing campaigns.

Spotify leverages largely on its influx of freemium subscribers. Through word of mouth and digital ads, these subscribers download the application. Mainly because they are attracted by the idea of free streaming music.

However, Spotify’s success in converting these freemium subscribers is high mainly because audio advertisements (promoting the premium version of Spotify) are slotted in between the streaming of songs for these users. The motivating factor to purchase premium usage of Spotify lies in the idea of subscribing so that one can remove the annoyingly repetitive ads which disrupt their music experience on the application.

Today, Spotify is the world’s most popular audio streaming subscription service with 299m users, including 138m subscribers, across 92 markets. Following graph from Statista shows the rising number of subscribers on Spotify.

There are other ways Spotify increases its number of premium users from its freemium users. Firstly, they restrict the use of the ‘skip’ button on the application for freemium users and secondly, Spotify allows Freemium users to experience the ad-free version but they would have to view short video advertisements in order to unlock this benefit.

Once again, Spotify demonstrates its ability to capture the hearts of a niche audience through its website and application design. Its design is mostly clean, minimalistic and easy to navigate.

Spotify’s homepage almost always features the prominent tagline “Music for Everyone” which conveys a clear message and sets a clear benefit for potential subscribers. That Spotify has all types of music customized as per individual needs. The vibrant colors employed by Spotify on its website attracts the young and energetic millennials, a group very reliant on streaming music for entertainment.

Furthermore, Spotify usually promotes its freemium service below this tagline rather than its premium service. We can immediately see how strategic Spotify is in its marketing plans. The priority is to rapidly increase its freemium users and eventually, through in-app experiences, convert these freemium users into its loyal, premium users.

To further strengthen the loyalty of its niche crowd, Spotify has created an online digital community through its blog and community pages. The community page serves to allow music fans to connect all over the world.

On its community page, Spotify advertises its premium service. Possibly with the hope that when these music fans feel a connection with others due to the interactions in this community, he or she will be inclined to sign up for the premium service.

After browsing through Spotify’s community blog, one may also realise that its blog posts are mainly targeted to the young crowd, offering them bite-size information about the music scene, pop culture and even student discounts.

In the past few years, Spotify has also stepped up its game by introducing ad campaigns to attract the millennial crowd. Spotify’s campaigns rely mainly on pop culture references, song lyrics and humour to attract the young crowd.

For example, in 2017, Spotify introduced its biggest advertising campaign,  ‘2017Wrapped’. The campaign involved creating personalized playlists for its current users as a gift to its users during the holiday season. To access their playlists on Spotify, emails were sent out to each user.

What‘s next for Spotify as a business?

While Spotify has already established itself as a frontrunner in the music streaming industry, I believe there is still more potential for Spotify to spread its reach through social media advertising.

If we were to consider the previous statistic of Spotify having 299 million active users, 5.9 million followers  is a mere 0.6% of its total users and does not seem like a reasonable number. Spotify’s other social media accounts have also reflected this trend.

If Spotify wants to truly dominate the music streaming scene, it has to expand its reach to a variety of target audiences. Social media reach is integral in doing so. Because it fits into Spotify’s identity as an app which is all about bringing together communities of people. People who are passionate about sharing their love for specific types of music.

Currently Marketing Strategist at a Global Automobile manufacturer. I did my MBA in Marketing. I am passionate about reading into brand stories, hustling to learn new skills & most importantly meeting people & getting a fresh perspective on things.