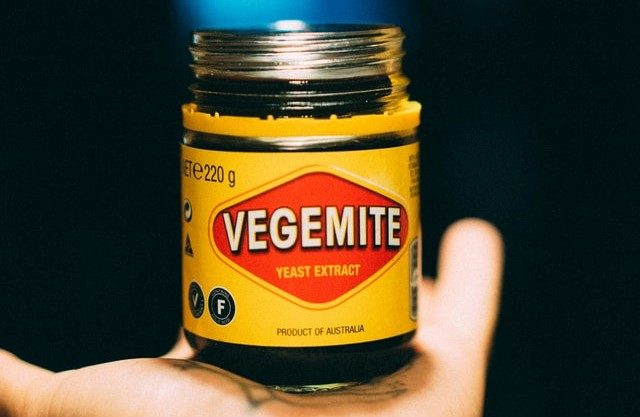 An organization normally does product extension when it witnesses its primary or other brands prospering in the market. Similar was a story of Vegemite, which back in 2009 was known as one of the most famous savory spread brands in Australia.

The Vegemite brand returned to Australian ownership in 2017 when Bega Cheese purchased it alongside other assets from Mondelez International (formerly Kraft Foods Inc.)

Witnessing the positive response of its customers, Vegemite decided to dive into the sea of new product development and release a new product in the market by the name of iSnack 2.0.

But this time, both the media and consumers heavily criticized the naming of the new product, so much so that the outrage decided to hit the headlines all over the world that year.  The company was unprepared to tackle the anger as it was used to receiving a very positive response.

For any marketer or strategist, the question here is- How did a company know to be highly customer-focused get this new launch so wrong that it touched the front-page headlines?

But in every disaster, there are lessons to be learned. Let’s look at the journey of Vegemite and what lessons we can learn.

To begin the story of how all things went down, we would first introduce what Vegemite is?

Vegemite is a salty spread made out of yeast extract. It is a nutritious product and also one of the richest known sources of Vitamin B in Australia. Cyril Callister developed it in Melbourne, Victoria, in 1922. According to IBM’s brand index, the brand is a leader for Kraft foods and has long been an iconic breakfast spread for Australians.

For Australians, vegemite has long been a part of their culture, and it’s pretty common to find the brand in almost every household and across the shelves of every Modern trade store.

When change is the new constant, and with such a low attention span amongst the customers, it’s hard for any brand to survive without a change in decades. Brands need to evolve. Change doesn’t have to be a complete makeover. Even changing your marketing approach to selling to your target audience can help. But the case with Vegemite was that they decided to keep everything the same.

This didn’t help them for long. Sales eventually begun to fall. With household penetration going down from 80% to 72%, alarms had already started to ring in the apprehension of now wanting to change the brand and turn it around.

The idea to create something similar to that of a British spread Marmite, Fred Walker, along with James Kraft, joined hands to develop a processed cheese with a longer shelf life which ultimately led to the formation of the Kraft Walker Cheese Company in 1926.

Vegemite under this umbrella from the beginning was marketed by the Fred Walker Company as nutritious, mainly keeping children in mind. Citing an example back from the 1920’s Vegemite’s advertisement often assured consumers that “there is no food richer in vitamins than Vegemite.”

Walter Thompson ensured that Vegemite never leaves the public’s mind and kept on filling those television spots with a deluge of ads, linking Vegemite to patriotism and even national identity. The campaigns featured Australian children growing up healthy and happy by eating Vegemite and focusing on the nutritional value of Vegemite.

Coming back to the challenge that Vegemite was facing in the present, sales had been declining for over five years, market share was dropping by almost 10%, and apprehensions to make a change were now more vital than ever.

The main question arises, despite having pride of national identity and even patriotism attached to it, why did this decline happen? Some reasons could be:

But now, with the declining numbers in front of them, the organization understood that something needs to be done with the aging brand starting with some consumers’ insights to launch a new product that would boost sales.

The organization had decided to work on different aspects and revive its brand. Something that has been running for decades and had managed to become an essential part of the household was not going to vanish suddenly out of thin air. To make sure of that, Kraft Foods started with their conquest of the ultimate revival strategy.

The stepping stones were simple. As a company, they needed to get closer to their consumers to understand what they expected from Vegemite. The brand searched for valuable insights and decided to dive into developing a potential Vegemite product extension.

Kraft at first undertook a Social Listening strategy and started to gain some insights into what their customers were talking about with and without mentioning their brand.  Because of this, not only they were able to tap into what visitors to the country were also talking about, but the strategy allowed the brand to understand the following:

Vegemite in their messages

These points provided all the brand information the team needed to focus on a hard-hitting campaign that contained everything people loved about the Vegemite brand and the product.

But there was one unmatchable insight- the identification of 32 different ways people consume their Vegemite, which helped to reflect how consumers enjoyed having their unique way to eat the iconic product.

This golden insight inspired the marketing team to create a new campaign by the “How do you like your Vegemite” campaign, one of the most successful to date, with over 300,000 submissions and plenty of new insights about the consumption of the product.

The next step – the product extension

Before moving on to what Vegemite did and adopted, let us understand what exactly product extension is?

As the internet describes, extension strategy is a practice used to increase the market share for a given product or service and thus keep it in the maturity phase of the marketing product lifecycle rather than going into decline.

Before deciding to have a product extension, you need to know where your brand stands and what you want to do with it? Do you want to grow the category or increase market share? The final decision brings you closer to another decision- which is, do you really want to go ahead with product extension or not?

Witnessing the marketing campaign’s success, Vegemite’s parent organization, Kraft foods, decided to take this one step further and deep dive into product extension. Through the success and research of the above campaign, they found that people were consuming Vegemite with other tastes.

For example, some Moms were using it with their other popular brand Philadelphia Cream Cheese, to dilute the bitter taste and give it to their children. This new way of consumption made it “dip-able” and transformed the entire thing into a snack.

Remember when they were not able to fulfill the ‘grab and go’ bucket? With this, now snacks were possible at any time.

The above strategy allowed the team to create a new market and boost the product’s sales by creating a new way and consuming it by creating a snack out of the product. The team developed the new snack product in record-breaking time and did not lose momentum on their marketing strategy success.

But the idea behind this was to keep the bond with their customer, which they had created without breaking the customer engagement theme.

To help with this idea and their brand extension, they launched their new product with no name. So, when the new product first hit the shelves, it was labeled “name me.”

The time of deciding the name of the product

“iSnack 2.0”- this was the name that was eventually suggested by the team to be launched in the market.

They thought this was a great strategy as they involved the customer from the start.

But, as you might have expected, this strategy of theirs backfired as the name that was eventually chosen did not fit with their current brand and image that they’d created and held for so long.

“Cheesybite” was one of the most popular names which consumers suggested.

But Kraft, however, wanted something that would reflect the “snacking” element to differentiate it from the classic Vegemite.

Why such a name? Because:

But now, something happened which none of the people working in Kraft thought. Out of nowhere, the brand product extension had caused a media storm, and for days iSnack 2.0 was making headlines across the globe.

To the consumers, it sounded more like a technical product. Neither did it fit with their heritage, plus for a marketing team who assumed the more modern name would resonate with their newly targeted audience – their loyal customer audience was too disappointed.

Within a week, the news ad statement from the company stated that they were overwhelmed by the passion for Vegemite and the new product, but the new name had not resonated with Australians.

After carrying out a poll, iSnack 2.0, as suggested by the consumers, was quickly changed to “Cheesybite.”

What happened after the name change?

Well, some say that Kraft could have easily avoided the backlash. Given the advancement in technology, it’s pretty easy to find out whether a name like this is appropriate or not and what will the likely reaction of consumers be.

According to several experts, Kraft wasn’t clever and a bit overconfident enough to plan the whole strategy from the beginning. But if they were clever enough, Kraft only managed to hurt both the credibility and consistency of the brand.

It somehow managed just to put some people off. Sometimes, the experts and customers got curious about what’s happening in the organization to approve a name that got such a considerable backlash to an iconic product.

The iSnack 2.0 product extension shows that understanding your customer needs by careful listening is the basis of any new product launch.

Although Vegemite proved that they were great listeners in the beginning until it was time for them to choose the new name, they, in haste, ended up with a name that wasn’t’ suggested by their audience. Vegemite should have listened to the customer until the end to ensure a smoother acceptance of the new product. Lessons to be learned as marketers are: