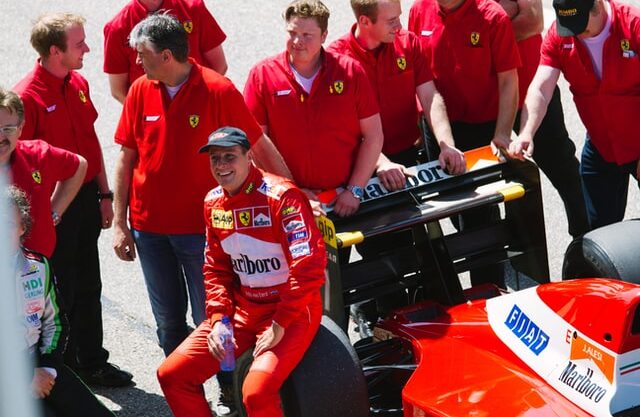 You may not know but they have a city named Modinagar in Uttar Pradesh named after them. So as I read on I came across Godfrey Phillips India (GPI), one of India’s largest tobacco companies. Just to build the connection GPI is the flagship company of Modi Enterprises, one of the largest cigarette manufacturers. Lalit Modi is the Executive Director of GPI.

Additionally, the company also manufactures and distributes Marlboro in India under a license agreement with Philip Morris. Philip Morris International owns the brand Marlboro. This brand has such a strong presence that an image was created, The Iconic Marlboro man. And I reached to our topic for the day.

If someone knows the tobacco business they would know the brand Marlboro. It is the most valuable and best-selling tobacco brand in the world. In 2019 the brand was valued at a whopping US$33 billion. It is valued more than 5 times the nearest competition. As per Forbes, Marlboro commanded 43.1% of the U.S. cigarette market in 2018, bigger than the next 10 brands combined.

You need to keep in mind it does cause cancer. And thus I asked myself what’s so special about the brand Marlboro? This article will provide you all the answers.

BEFORE MOVING FORWARD A WARNING – This article in no way encourages smoking. SMOKING IS INJURIOUS TO HEALTH.

Here is a brief introduction about Marlboro and its history.

Introduction and History of Marlboro

The iconic Marlboro brand is owned by the largest tobacco company in the world, Philips Morris. The brand was launched in 1924 after being registered in 1908. The brand also holds the distinction of being the number 1 brand since 1972. Godfrey Phillips has been in a licensing deal for the brand in India.

The brand upon its initial launch in 1924 positioned itself as a filter cigarette brand for women. The tagline was ‘Mild as May’. The advertisements highlighted and targeted the bold strong yet elegant women as cigarette smokers. They also highlighted in the advertisements how the ivory tips would protect the lipsticks the women would be worried about.

This carried for the next couple of decades till in 1954 the positioning and situation changed. It was proved that cigarette smoking caused cancer by then and the competition was increasing. To take advantage a new campaign came into existence. This is what made Marlboro iconic and created imagery that to date remains intact.

In the 1950s, the Marlboro man was introduced with a push that filter cigarettes were safer. Now men also wanted it after the cancer studies. The initial advertisements transformed Marlboro to a rugged brand from a feminine one.

Various cowboys who were weightlifters, veterans, etc. were used which positioned Marlboro as a rugged manly brand. This imagery worked and made a mark on the minds of the targeted audiences. Marlboro went onto become the legendary brand it is today and became the bestselling brand in 1972.

As in India there have been restrictions all over the globe to prevent cigarette manufacturers to market their products. But Marlboro has overcome all these to hold onto its brand value. The major efforts that have led to such a success are –

These marketing strategies may have been controversial and not always straight forward. Yet they have established the Marlboro brand as an iconic brand that transcends borders, users, and demographics.

It just highlights how in the right way the most difficult of brand positioning can be achieved successfully. Marlboro is almost a century-old brand that continues to hold sway. Hope the brand can last another century but for a healthier product this time. Till that time remember cigarette smoking is injurious to health.