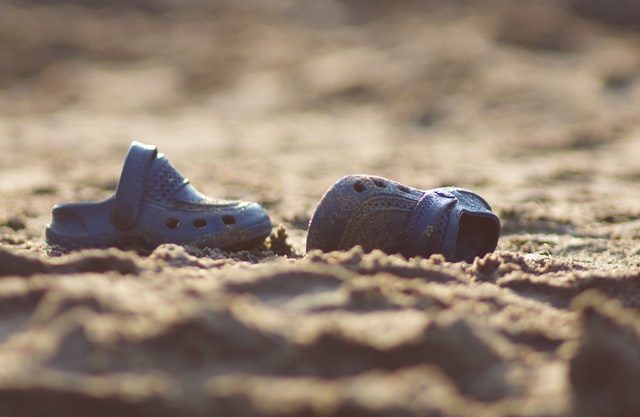 Honestly, I find crocs very cute! Oh, the comfort they provide! Did you know that it cost the company millions of dollars before it was truly accepted! Not only was the Company featured on Time’s ‘50 Worst Inventions’ list in 2010, but it also became a part of the “ugly fashion” movement!

Looks like Crocs clogs are the most divisive shoes ever discovered.

The amount of hatred they received is unexplainable. There were Facebook pages with over a Million fans named after these: ‘I don’t care how comfortable Crocs are, they look ugly’ and the likes.

Being easy on the feet, but less so on the eyes, find out how Crocs not only sustained the hatred but also made a powerful comeback! Rather Crocs turned this hatred into a well-planned business strategy.

Our goal is not to make the haters love the brand, it’s to exploit that extrinsic tension because it creates opportunity, it creates PR, it creates media, it creates interest. It creates a whole lot that would cost you a fortune to buy in other ways.

Not exactly, but Balenciaga also uses Memes are part of its marketing strategy. Read more about it.

Crocs is an American footwear company based in Colorado, USA, responsible for creating one of the most unique (and one of the most hated) shoes of all time: the foam clogs. You’ll feel that you’re not only wearing a unique design, but Crocs’ signature product also provides you unparalleled comfort and long-lasting durability.

In the early years of its debut, around the 2007s, Crocs costing roughly 35$ were originally designed as comfortable shoes for boating! The company positioned itself as an eco-conscious one.

The product was conceived by three friends—Scott Seamans, George Boedecker, and Lyndon Hanson—on a trip in the Caribbean! Scott showed his friends the extraordinary slip-resistant clog(a type of shoe) he was wearing. It was apparently made by a Canadian company called ‘Foam Creations.’

As per Wikipedia, In June 2004, Crocs purchased Foam Creations and their manufacturing operations to secure exclusive rights to the proprietary foam resin called Croslite. Croslite is a closed-cell resin described by third parties as an injection-molded EVA foam. According to many podiatrists, the foam forms itself to a wearer’s feet and offers purported medical benefits.

As soon as his friends saw an opportunity in that, they licensed the same and began working on ‘upgrading’ the shoe. When they realized the tops looked like crocodile snouts from the side, Crocs, the name was born!

Crocs found some flaws in its business strategy

Trying to accommodate the increasing demand, Crocs started having inventory problems in 2008 and an oversaturation of stores. Around the same time, it diluted its product base by foraying into leveraging golf and more fashionable models.

Read this beautiful article by a FAN!!!

It wasn’t until around 2014, when the company spent $24.5 million in restructuring costs, that it started a true turnaround by going back to its basics. As part of its restructuring plan, Crocs closed some stores, reduced the product range.

In moving from a niche shoe to widespread wear, the Colorado-based company doubled down its several strengths. Firstly, the shoes are bright, light, and squishy and thus seem ideal for kids. Whereas it is appealing to middle-aged people, say their parents, because of the waterproof and odor-free nature of the shoes. They are also dishwasher-safe.

Basically, Crocs are water-resistant, easy to slide on, and their patented material Croslite is light-weighted, odor-resistant, and designed to spread the impact across the foot. Now we know why medical professionals, chefs, parents, or even high-school students purchased it for the utility! Their amorphous shape may be an aesthetic crime, but it became widely accepted for their comfort.

Crocs managed their brand well by leveraging celebrities, a witty marketing strategy, and a timed positioning strategy as well!

We’ve gone through a fairly massive innovation in the footwear space over the last 10 to 20 years. Footwear used to be traditional, made out of leather, and it used to be more about the look of the product than the feel of it, but the consumer has become more used to an athletic-orientated product. People are adopting styles and material within apparel and footwear that are “intrinsically better” and “fit for purpose.

KFC has teamed up with Crocs, to make a shoe that looks like fried chicken leg. And since Crocs business strategy is built on the hatred, I am sure when people went to the extent of saying that they would punch someone wearing those shoes. As a matter of fact, the combination of Crocs and KFC was stock out in first 30 mins of launch.

Another important business strategy Crocs adopted was to market itself as the ideal shoes for frontline healthcare workers because they are easy to clean and inexpensive to replace.

Apparently, it has given away some 860,000 pairs of shoes to healthcare workers in the U.S. worth $40 million in retail value and $10 million in cost to the company. And footwear analysts say: “People who weren’t considering the brand a year and a half ago are now considering Crocs.”

Rees says the customization provided at such a price in the market is rare. On the Crocs website, customers can find anything from avocado charms to Black Lives Matter pieces for $3.99!

Crocs is proof that hate is out of context, when there are millions out there buying your products!

Zomato Business Model: Everything you need to know