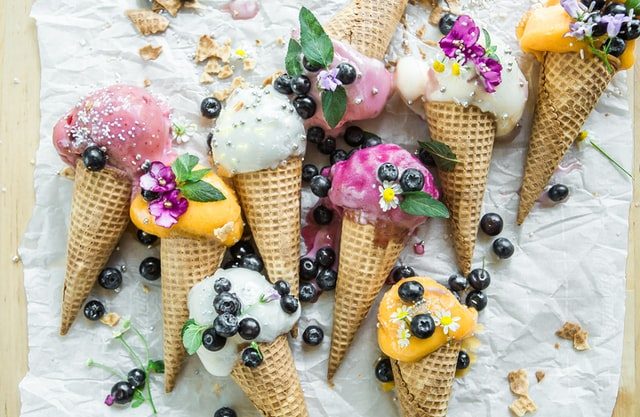 We all love stories, don’t we?

The thing about stories is that everyone has their version. The globally loved item I am referring to has multiple accounts of origin, evolving over the years as a part of society. It is one thing that binds my 85-year-old grandmother, and 3-year-old niece like nothing else does.

This love story started some 2,500 years ago and continues to grow strongly to date. When something has been around for ages, the line between facts and fables tends to be blurred.

The journey of this thing traverses through the 11th century BCE (Before Common Era) to 200 BCE in China, followed by 400 BCE in Persia to finally spread across Europe like a rage in the 18th century. Okay, enough of my meandering. Let me scoop out this divine thing, if you have not guessed it already, Ice Cream!

Did you imagine a cone or cup of your favorite flavor? Well, I won’t blame you as I did—tender coconut from one of our most popular homegrown brands, Naturals Ice Cream. What started as a tiny shop with six tables has grown into a brand with 135 plus outlets across the country with a turnover of 300cr in FY20.

According to a KPMG survey on consumer experience excellence, Naturals Ice Cream features in the top 10 brands in the country amongst the likes of DMart and Taj Hotels.

Where it all began…

Consumer insights is an essential topic as part of the B-school consumer behavior course, far from attending a B-school, Raghunandan Kamath, the founder of Naturals, who just about managed to clear his 10th-grade exams, acted upon one such consumer insight that he realized while working at a South Indian restaurant operated by his elder brother.

The insight was simple “Indians loved to finish their meals on a sweet note.” Offering a cool refreshing ice cream after a hot delicious meal was his idea of satiating the consumers’ taste buds and winning their hearts.

What is the big deal, you wonder? The difference was that he wanted to offer something beyond the usual chocolate and vanilla flavors. He tried to deliver ice creams with natural fruit pulp, but like most ideas ahead of their time, it was not accepted.

It did not deter Raghunandan, and he decided to start an ice cream parlor, a rarity in those days. It marked the beginning of Naturals as Kamath began the shop, initially serving pav bhaji and ice cream.

A year later, he focused solely on the ice cream business. Formal education did not help Kamath much, but lessons learned on the field when he accompanied his father, a fruit vendor, helped him shape the USP of Naturals, i.e., ice creams with natural fruit.

The trio of fruit, sugar, and milk, along with Kamath’s penchant to offer something new, was at the crux of Naturals as it went on to gain popularity courtesy of unpaid word-of-mouth publicity from the likes of Vivian Richards!

Being from a humble background, funding his business was a critical constraint for Kamath. The turning point came in 1994 when an important staff member decided to quit and establish his unit in the same area. It made Kamath realize the need to create a strong brand identity to grow and sustain his business.

Empowered by a loan taken from Saraswat Bank, he bought a space at Mira Road that acted as a factory unit, fueling growth for the brand. The turnover went from 1 lakh in 1984 to almost three crores by 1994. With unwavering faith in his ideas, Kamath never looked back and created an iconic brand.

The ‘Half-Dozen’ that makes Naturals tick

Akin to KFC, Naturals has a secret process behind the hugely loved ice cream flavors. This information is safely locked away in some vault in a corner in a quaint place called Mulki in Karnataka, where Kamath hails from.

Did you say, “Oh really?” as you read those lines? Well, it is false except for Kamath hailing from Mulki 😋Sorry for busting any detective fantasy that may have just taken shape! Moving on to the ‘Half-Dozen’ that makes Naturals tick:

There are no secret ingredients; the magic is based solely on fruit, milk, and sugar. Without using preservatives and stabilizers, the brand embodies its tagline “Taste the Original” to a T.

Slow cooking brings out the best flavors and quality in any dish. Kamath learned this pretty early when he observed his mother prepare every dish at home with utmost sincerity, giving each recipe the time it deserved. Hence, Naturals prides on quality over quantity for every single scoop.

Prasadam, tilgul, sheer khurma, and gajar ka halwa. You may picture a festive household upon hearing these names. The thought of ice cream flavors would be beyond imagination.

Natural offers these and many more popular ones like jackfruit, blueberry, sitaphal, and of course, the evergreen tender coconut. The range of flavors is a testimony to the brand’s ability to offer something new.

With unique products come unique problems for which Naturals created unique solutions. Deseeding fruits like sitaphal and jackfruit manually is both time and labor-intensive. To prevent this, Natural used custom-made machines, with most built in-house, to avoid dependency on outsourcing.

Feedback forms are not exactly a delight to the eyes of any customer and are looked at as a formality, more than something that may bring a real change. Natural has always strived to act on customer feedback, not by floating forms but by looking for insights in daily random customer conversations.

Post rebranding in 2015, their stores have been designed to appeal to the aesthetic demands of the millennials to make Naturals a go-to destination for dessert.

Agile is an oft-used term in the corporate world, and Naturals would be at par with any world-class organization that prides itself on its agility.

Witnessing a dip in sales during the COVID-induced lockdowns, the brand partnered with Rebel Foods to sell through cloud kitchens on online aggregators like Zomato and Swiggy.

They also launched easy-to-store mini packs during the lockdown and through their ‘Tough Tub’ campaign to assure the customers that their products would be completely tamper-proof.

You don’t have to wait for the ‘big idea.’ It is important to start and build upon the small ideas to create the biggest wins.

Constantly acting upon small ideas, Naturals has become a top player in the ice cream space in India. It plans to expand to 250 stores by 2024.

With its focus on ‘vocal for local,’ Naturals intends to introduce new flavors based on local desserts from diverse parts of India. Blending simplicity in terms of strategic thinking with modern technology like ERP (Enterprise Resource Planning) and BI (Business Intelligence) systems, the brand envisions a pan-India presence in the future while keeping its local touch intact.