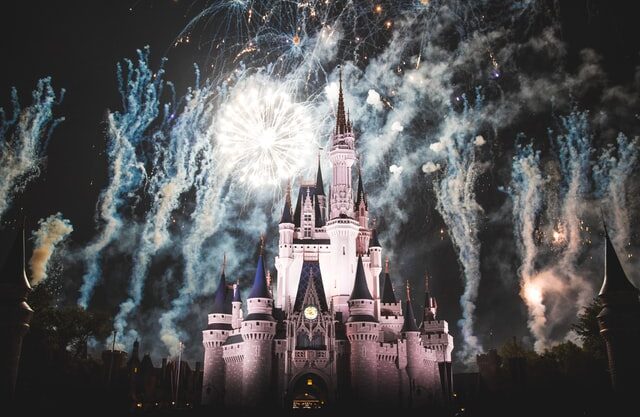 Disney might be the name of a big empire now, but back in 1928, when a young cartoonist, sketched out ideas for a Mouse, no one could have predicted that alongside this little creature’s meteoric rise to fame, it would help the cartoonist create a business empire worth $257B.

Looks like a fantasy right!! Well why not, after all the cartoonist was none other than the father of fantasy, Walter E Disney.

Walter Disney started his career as a Commercial artist in Pesmen-Rubin Commercial art studio. But as soon as the great depression hit in 1921, he was laid off.

At the crossroad of having a stable life and following his passion, he chose the latter and started his own company “Laugh-O-Grams”. The Company soon filed bankruptcy. But instead of being bogged down with failures, Walt Disney started ‘Disney Brothers Cartoon Studio‘ with his brother Roy in Hollywood, California.

They went on to create various characters including the most iconic Mickey Mouse in the years that followed, but it was ‘Snow White and the Seven Dwarfs’ smashing hit just before Christmas 1937, which made the world take notice.

What followed was a series of groundbreaking and acclaimed films making one of the most iconic companies in the world: Disney

The Man, Myth and the Mouse!!

But do you think, it was all a few cartoon characters that took Disney, the powerhouse that we know of today?

Well, Disney’s success can be attributed to the following:

Read: Movie-making is more about strategy than creativity. How?

Read: Netflix – Constantly Pivoting its Business to Success. How?

So how has Disney been mesmerizing the world for so many years?

Effective use of storytelling that not only inspires but echoes to the audience’s sentiments:

Believe it or not, Disney is one of the most effective story-teller. They deliver entertainment, stories, and character that the audience wants to engage with. Let’s take the movie inside out as an example; this cartoon teaches us how to accept emotions. As they were marketing the film, they used memes to show different events and seasons.

Not only the memes looked fun and entertaining; they created a brand that didn’t scream promotions/advertisements. Whether one starts with Disney Fairies or Princess or with Marvel’s Avengers, Disney has maintained its position as a trusted brand that offers high-quality family entertainment.

Use of nostalgia to create and maintain customer loyalty:

Whether it is reviving the age-old classics like The Jungle Book or making of the musical Beauty and the Beast with the same old music and story-line or converting comics like X-Men into mainstream cinema, Disney always creates an emotional imprint into the minds of the viewers.

Multi-channel presence targeting the audience of all ages:

The Disney ecosystem continues to offer consumers a reason to stay connected to them — whether it’s grandparents buying their first grandchild a Winnie the Pooh, families visiting Disney parks, a pre-schooler playing the Disney Junior App on their tablet, big kids who grew up with “Hanna Montana or High school Musical” or movie buffs with Marvel or Star Wars series, Disney continued to engage the audience of all age groups.

Whether you’re a five-year-old discovering fairytale, princesses, and grand adventures for the first time, a parent experiencing these classic stories through the eyes of your child, or even someone looking to discover the ordinary magic in your everyday lives, there is no better place for you than a trip to the world of Walt Disney.

Disney’s journey has been truly magical in every sense. From being bankrupt a couple of times to becoming a powerhouse in the entertainment world, the Company has been growing and entertaining us for years! We can only hope for more to come.