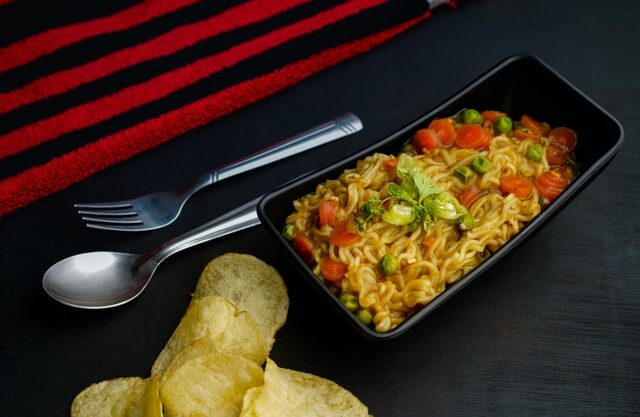 2-minute #Maggi in 1-minute strategy story. How a product from an international brand Nestle became India’s favourite snack? Maggi was banned in 2015 but was given a green signal in 2016. What is happening now with it?

Maggi was launched in 1983 by Nestle.

In 1997 Maggi tried to change the formula but it failed.

In 1999 Maggi reintroduced the old formulation and revived sales with the punchline “Fast to Cook, Good to Eat”.

Maggi was leading with a 90% market share in quick noodles before the lead scandal in 2015.

But one advertising campaign made Maggi India’s favourite snack

The idea that anything could be cooked in two minutes had an immediate impact on a people.

The “two-minute noodles” advertising campaign on television turned out to be an instant attraction because of its liberating message for women.

The “Maggi Mom” image positioned Maggi for the needs of mothers who were increasingly joining the workforce and were able to manage because of the quick snack. Hence was born- “Mummy Bhook lagi- Bas 2 minute”

2015 was rough for Maggi due to the lead scandal but it has its loyal fans.

Vir Das sang a song saying it goes out to anyone who loves Maggi Noodles and the alleged lead that comes with them.

Where is Maggi now?

Nestlé India, has finally managed to escape the ghost of the Maggi crisis that haunted it in 2015.

In 2019, the growth in sales of the Maggi brand of products surpassed the pre-ban level of 2014, in terms of both volume and value.

Not many people know that Maggi is a completely Indian innovation. We had something similar in Malaysia at the time, but the noodle brand we introduced in India in 1983 was a local creation

Unsurprisingly, when the brand launched the Me and Meri Maggi campaign in its silver jubilee year in 2008, inviting people to send in their personal Maggi stories, its advertising agency Publicis Capital was deluged with more than 30,000 entries.