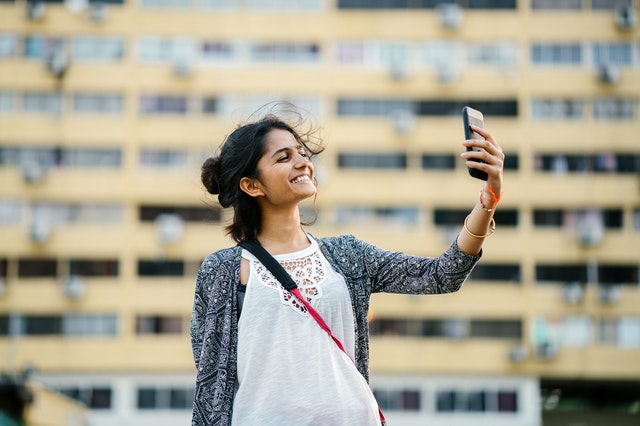 The story is the growth of Digital India is remarkable. But this growth is totally unexpected. I remember back in the early 2000s, watching a video without buffering on my giant PC was a luxury that I relished on Sundays. This could only happen, if the internet speed, delivered via standard broadband line internet were excellent. I would then hear my parents’ voice from the other room, lament about how the internet bill will be too much.

Mobile internet was an unheard-of thing back then; mostly the mobile phone was used for SMS, calls and something called MMS. They used to tell me to limit video viewing for 30 minutes at max!

Fast forward to 2020; the average Indian spends over 4.3 hours on his mobile phone. At a given time in the household, Netflix accounts are streaming GBs of data, and even remote parts of India have access to the internet. Why should access to the internet and going digital matter so much for India?

It matters because it has the potential to unlock a Trillion-Dollar Economic Opportunity for India! Let’s understand how this will unfold.

Today India has 500 MN internet users – that is the total population of the US, Canada and Mexico combined! This makes us the second-largest country in terms of internet users after China. In fact, 12% of global internet users are Indians.

This is not the most exciting part. The interesting part is how the cost of data in India is the lowest in the world!  1 GB of data costs only USD 0.26 in India, that’s around INR 18.  Now compare this to the US at USD 12 or Switzerland at USD 20. Once you convert this to INR, you will be amazed.

So how did this digital revolution happen in India?

It all started when many foreign handset players entered the Indian market with low-cost smartphones. The average smartphone priced at INR 5,000 or less became much more accessible for Indian users across tier 1, 2 and 3 towns.

Then the next big bang happened, JIO entered the telecom and internet services market in India after 2015. This created a data boom like never before.

Easy access and affordability of a mobile device and data started the digital revolution in India. Internet users more than doubled from 2014 to 2017.  It literally, took less than three years for India to adopt digital.

Unlocking Growth, “THE INDIA OF TOMORROW”

While urban India became digitized at a rapid pace, rural India is still on the fence. The next 500 MN internet users in India will not come from metros and top cities. They will come from tier 2,3 towns and mainly, rural India.

Most tech giants like Google and Facebook are trying to solve the internet access challenge for rural India. They are doing this by doing three things:

Google’s Internet Saathi Programme in partnership with Tata Trust, is one of these which helps spread digital literacy amongst women in Indian villages. They follow the principle that if you educate a woman, you educate an entire generation. This also has an underlying objective of empowering women to become economically independent and earn a livelihood by, for example, selling local crafts online.

The way these next set of users will use the internet will be very different from the previous users.

Primarily, Digital India will be made up of two India.

India 1 – Urban and early users of the internet, comfortable in reading, writing and speaking in English and their local language. These users have always had access to the internet, probably since they were kids.

India 2- New first-time internet users who are comfortable in reading, writing and speaking in their local language. These users have come online in the last 12 months or so only.

The way India 1 and India 2 will use the internet will be vastly different. Brands will also need to adapt to these users and communicate with them in the way they want. For example, the new internet users will prefer voice search over typing based keyword search. They will also consume a large amount of entertainment content but in their regional language. This means there will be a need for content creators as well as platforms to distribute content to users. The rise and fall of TikTok bear testimony to this.

This new and emerging Digital India is what will unlock the next phase of growth for India.

A shining example of India’s digital unlock is the e-commerce sector which grew at 17% year on year and became a 35 Billion dollar industry. Most of the growth came from rural India because they don’t have malls. Today, you can get the Adidas Originals sneakers in a remote village in Punjab or get the latest iPhone delivered to far districts in Kochi.

This rapid digital adoption can help India further embracing new technologies like Blockchain, Artificial Intelligence, Drones, and Robotics. This, in turn, will create more jobs, opportunities for manufacturing, and an overall increase in the economic prosperity of India. Sectors in India where growth will be unlocked are agriculture, logistics, healthcare, and retail.

We all know that if India had not gone digital, passing through the pandemic would not be easy. We all worked from home, made digital payments, watched movies, and ordered groceries online. The need for digital is immense in the post COVID era for rapid growth.

There is still a long way to go, as only 40 % of the population has an internet connection. 90% of the payment continues to be made in cash even if many people have digital bank accounts. India is poised for a massive growth wave as it becomes unstoppable with the vocal for a local campaign.