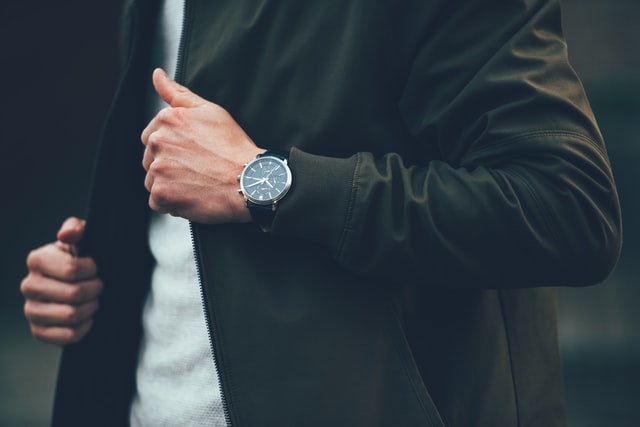 I was 12 when my dad gifted me my first Titan watch. It gave me goosebumps as I have loved its advertisements and could relate to them. I still remember the day as it was my first REAL watch. That watch on my hand was a pride for me. The next day in school I boasted about my Titan watch. The next few weeks were like a celebration to me. Is it only my story? Naahh.. Its a story of all those millions of kids for whom the watch is from Titan.

Since then I have been a proud owner of few Titan watches. My buying capacity increased (I still couldn’t afford a Rado) but my love for the brand never faded away. The first watch my dad bought for my grandfather was Titan. The first watch I bought for my dad was also Titan. The watch my Nani (mom’s mom) gifted my dad on ring ceremony was Titan. The watch my Mausi gifted my Jiju was also Titan. I can narrate hundreds of incidents in my life that have memories made by a brand called Titan.

Why am I making my Titan watch a big deal? It’s just a watch.

No. Titan is much more than a watch. Let just see a brief heritage of the brand. Then I will talk about what brand advertising strategies made this watch brand iconic.

1984: Titan Watches was set as a joint venture of the Tata Industries with the Tamil Nadu Industrial Development Corporation (TIDCO).

1987: Titan brand was launched with its analog electronic Quartz watches. The production volume of 15Mn was achieved every year with sales only in the domestic market.

There was no stopping now for Titan. Titan launched Sonata, Fastrack, Xylys and luxury watches along with its entry into the jewelry market with Tanishq.

2020: Titan’s market capitalization is $11.2 billion with annual revenue of $2.65 billion with a profitability margin of 7%. It’s a giant that manufactures watches, jewelry and eye-wear. (Source: Moneycontrol)

With so much success at hand, there was one strategy that kept Titan close to people’s heart other than the wrist. It was its advertising. Watch this video and let’s talk a couple of minutes later:

Don’t tell me you didn’t get goosebumps. I certainly did. So what’s the story behind this iconic tune?

Ogilvy & Mather (then OBM) was the advertising firm behind the signature tune of Titan for various forms of commercials. They are still the advertising firm that designs all brand commercials for Titan. Titan’s founding managing director Xerxes Desai was a creative person himself. Xerxes was also the brain behind the famous “Mile sur mera tumhara”.

He was a Western classical music and jazz aficionado, and in Suresh Mullick he found the perfect collaborator. Suresh, too, had a keen ear for music, both Western and Indian classical, as all his work revealed.

As explained by Vinay Kamath in his book Titan: Inside India’s Most Successful Consumer Brand

Once it was decided that instrumental music would work best for Titan’s television advertisement, the conundrum was Indian or Western music. But then Western classical was decided as it appeals to a broader global audience. Mozart’s 25th Symphony was finalized from the 1984 award-winning movie Amadeus, which is based on Mozart’s life. Below is the track. It’s long. Just listen from 1:34 and you will be able to relate.

Management loved the idea when Xerxes presented and it instantly approved. Though the use of Western classical music was atypical in 1980s for an Indian commercial, it struck a chord. The symphony gave the brand a world-class feel it needed to position itself as a global watch manufacturer.

Of all the symphonies of Mozart, this one has a tremendous amount of enthusiasm and spirit about it

The tune got engraved in the consumer’s mind. The tune became a fantastic point for brand recognition, leading to an increase in mindshare. An unreleased film by Titan Industries features the most spectacular artists of India: Pandit Ravi Shankar, Allah Rakha, Zakir Hussain. Check this out:

Tune was one strategy. But what other advertising strategies make the brand relevant to all generations and genres?

In the below advertisement Titan has subtly narrated the way a woman’s success is looked at with prejudice. Titan has made an effort to break the preconceived notions that judges a woman on the basis of her appearance.

Last month Titan launched a new campaign “Proud to be Me” to celebrate spirit of self-expression and inclusivity in the society.

Time and again Titan has proved that the brand is very relevant for people from all walks of life. Be it man, woman, student, businessman, etc.. The brand has proved this fact through its advertising strategies. Much of the credit goes to its four-decade-old partner and advertising agency Ogilvy that works hard to maintain the brand leadership position not just in the market but also in the hearts.