Adolf Hitler is one person who needs no introduction. If Shakespeare were alive, he would carve out an exception in his famous “What’s in the name?” phrase from Romeo and Juliet for him. To name a few of his achievements, he is a permanent nominee to the coveted list of most notorious and evil people, beating the likes of Osama Bin Laden, Saddam Hussein, Genghis Khan and is credited for making his name- Hitler synonymous with derogatory, dictatorial, or fascist tendencies.

To draw a parallel, Hitler is to Evilness is same as Sachin is to Cricket; Pele is to Football; Michael Jackson is to Dance; Leonardo da Vinci is to Painting; Mozart is to Music; Google is to the Internet; YouTube is to Videos; WhatsApp is to Messaging, or Apple is to Phones….. (You got the point, right!)

Interestingly there exists an intellectual parallel between the strategies used by Hitler in conquering Europe and parts of Africa during WWII and the way the new age startups or tech behemoths run and scale their businesses.

Germany’s early success in WWII and its winning juggernaut in Europe were primarily due to them championing the Blitzkrieg Strategy. Germany’s successful invasion of France, Belgium, Luxembourg, and the Netherlands and Fall of France was possible mainly due to the relentless pursuit of this strategy.

Blitzkrieg means “lightning war.” As a war strategy, it ensues overwhelming blow on enemy lines, with speed and stealth being the critical characteristics of the attack. It is a military warfare system in which all the attack units (be it tanks, armored divisions, infantry) move in tandem at the highest possible pace, landing crushing blows on enemy lines one after the another, never allowing enemy flanks to settle or hold the ground.

How to Pull Off a Blitzskrieg War

Constant Motion, Speed, Coordinated Efforts, Mobilisation of all the Best Resources, and Never-Stop Attitude are the key pillars that hold the fort of successful warfare systems built on the Blitzkrieg Model.

These are the same pillars that have proven to be a key differentiator for the rapid surge of new-age startups and their unabated elevation to be a central point of the modern lifestyle of people all over the globe.

Embrace of WWII war strategy, Blitzkrieg, by tech behemoths and its unity with business strategies is not an exception but a true reflection about the complex and complicated world we live in.

It’s the science and art of rapidly building out a company to serve a large and usually global market, with the goal of becoming the first mover at scale.

Reid Hoffman, the co-founder of PayPal, LinkedIn, and SV Veteran

With the advent of the internet age, the business world changed forever. The “winner takes all” has become the principle for rewards by the market. Many business models were not feasible until they achieved a specific scale.

LinkedIn or Facebook or WhatsApp couldn’t unlock value until millions of people joined the network. The aggregator model of Amazon or Uber, or Airbnb running on wafer-thin margins became a success only when millions of customers availed their services and lakhs of sellers or drivers or homeowners offered their services on these platforms. Apple can manage huge R&D budgets as it sells millions of units across the globe. The unit economics of these companies that burnt insane cash initially turned feasible after business scaling and rapid business growth.

The advent of these business models and the success they enjoyed was primarily a work of their ability to scale faster than peers, grow exponentially, and outsize the competition.

1. No rulebook or structural approach exists.

Without any playbook to follow, it essentially is to throw yourself off a cliff and assemble your airplane on the way down (as Hoffman describes it). New businesses chart out their journey exploring the product fit, market fit, and team fit with new challenges emerging now and then.

This gives them the ability to innovate and operate without any rules or inhibitions. E.g., Fintech innovations made by PayPal were possible primarily due to ignorance, i.e., not being bound by the banks’ playbook. Since banks were aware of the fraud risks involved, they had apprehensions of trying a product like PayPal.

Similarly, PayPal’s “refer a friend” strategy for customer acquisition by giving a referral bonus of $10 to the referred. The friend was a first of its kind in the financial sector. With an industry average CAC of $40, this strategy halved the CAC for PayPal. This was a result of being innovative and not following a playbook.

2. This strategy is managerially inefficient and involves a lot of cash burnout very quickly.

Prioritizing speed over efficiency is when it becomes controversial.

As part of blitzscaling at Uber, managers would ask a newly hired engineer, “Who are the three best engineers you’ve worked with in your previous job?” And then they’d send those engineers to offer letters. No interview. No reference checking. Just an offer letter. They’ve had to scale their engineering fast, and that’s a critical technique that they’ve deployed.

This is another crucial aspect of the strategy. While scaling rapidly, not only revenue and customer grows, but also organization expansion takes place. With no clear plans in place and an ever-transforming landscape, the tendency for employees or managers to feel lost or fuzzy increases.

Having a sense of belonging to the company’s purpose and belief in the founder’s vision holds these folks together and inspires them to work for a more fantastic future.

When successful, million dollars ESOPS are just a bounty for staying sane during these times!

Blitzscaling is a business strategy that has a close association with Blitzkrieg as a war strategy. In Blitzkrieg, the attacking units move way beyond their supply lines, unlike conventional wars, and it’s an all-out or all-in war strategy. Once you are committed to it, there is no going back. It’s quite the same approach followed by businesses. Modern startups need to adopt similar steps in charting out plans for each battle to scale faster and grow.

The founder or CEO often finds himself in the shoes of the Commanding Officer of the unit, taking multiple calls that decide the fate of the company or the country (in case of war!).

The story of employees joining early-stage startups is quintessentially the same as that of youngsters joining the army. Both are passionate about their work, follow a grand vision, and have a risk appetite to do something different from the herd.

The same holds for customer acquisition by startups and enemy lands acquisition in a war. As startups scale from the local community to a city to a country, then globally, the war ensues, winning local battles, capturing border towns, then strategic cities, capital of the country, and then moving on to the next front.

From a tech standpoint, business organizations are competing in a technological arms race. Technology becomes a weapon and disruption a kind of conflict.

See, running a startup is not that different from commanding a war! 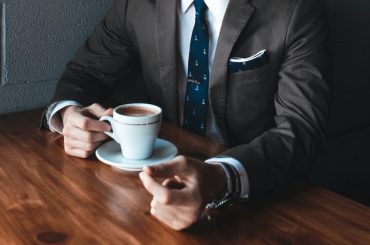 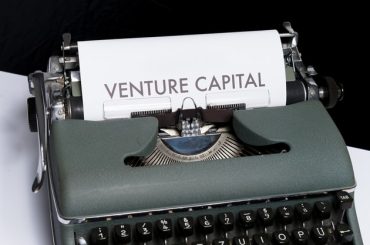 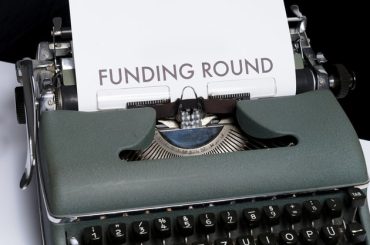