Nike Business Model: Not a business but an inspiration

Born in a family of runners, Nike has always been a household name. I would spend a considerable amount of time trying new models and visiting the Nike Website for any possible discounts.

Each hurdle had the potential to put them out of business, but they fought against all odds and emerged to be the most dominant player in the sportswear market. Today, let us analyze the industry and the business model & strategies that made Nike a success story.

The sportswear industry saw a hit during the COVID 19 pandemic; however, it fared far better than the rest of the apparel industry. There was a shift in the sales pattern; people started to buy sportswear for indoor sports rather than outdoor sports.

The industry saw a change in their customer base- there was an increase in women buyers, and currently, more than 50% of buyers are women. Moreover, the pandemic shifted the public’s focus towards physical health and the importance of an active life, which boosted sales for the sportswear industry.

The industry is highly competitive as there is a shortage of raw materials and incredible demand. This problem causes an imbalance in the supply chain. New companies often do not have the funds to handle such an imbalance. Nike faced the same issue for a very long time and was floating due to supply-chain delays but eventually dealt with it after it introduced the idea of “futures” to its stockholders.

The problem was then resolved after the cash inflow when the company became public. However, even a small market share in this segment can yield good profits. Nike was not the first to enter this market, but with its innovative designs and marketing strategies, it managed to make its way to the top. Nike doesn’t sell shoes. It sells an idea with its marketing strategy!! 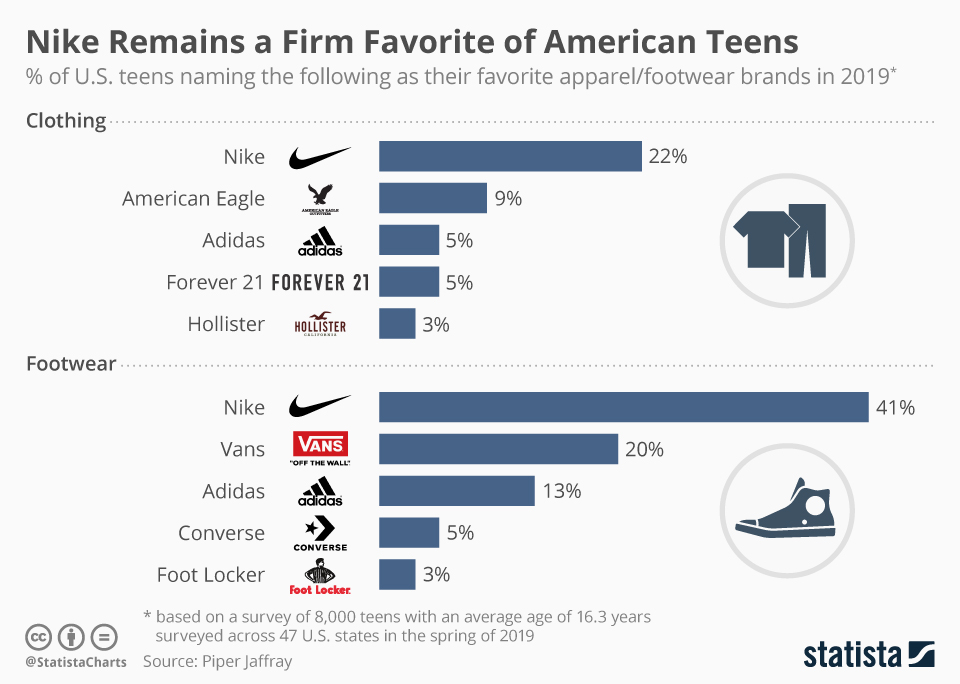 Nike has a mass-market business model which caters to sports enthusiasts. The product categories are broadly shoes, sports apparel, and accessories. Their first products were running shoes, given that Phil Knight was a runner himself.

Before they went public, they opened their Apparel line, which has been equally successful. They ventured out to Basketball sneakers and slowly created a demand for shoes as footwear used for daily use.

Nike Inc. (originally known as Blue Ribbon Sports) first started as a reseller for Onitsuka Tiger shoes from Japan. Post their fallout, they outsourced their manufacturing from 300 independent suppliers in 35 countries such as China, Vietnam, Thailand, etc. Today, there are 1096 Nike retail stores worldwide, apart from E-commerce and online platforms. They sell their products in 170 countries across the world. Nike currently has a brand value of 34.8Bn USD.

They have the highest market share in the shoes and sports apparel department. They were the first American shoe-selling company to open their warehouse and sell their products in the Chinese market. Countries such as India, Italy, Mexico, and Argentina have manufacturing units catering to local markets. This move significantly lowers the supply chain woes and makes Nike accessible all over the world. 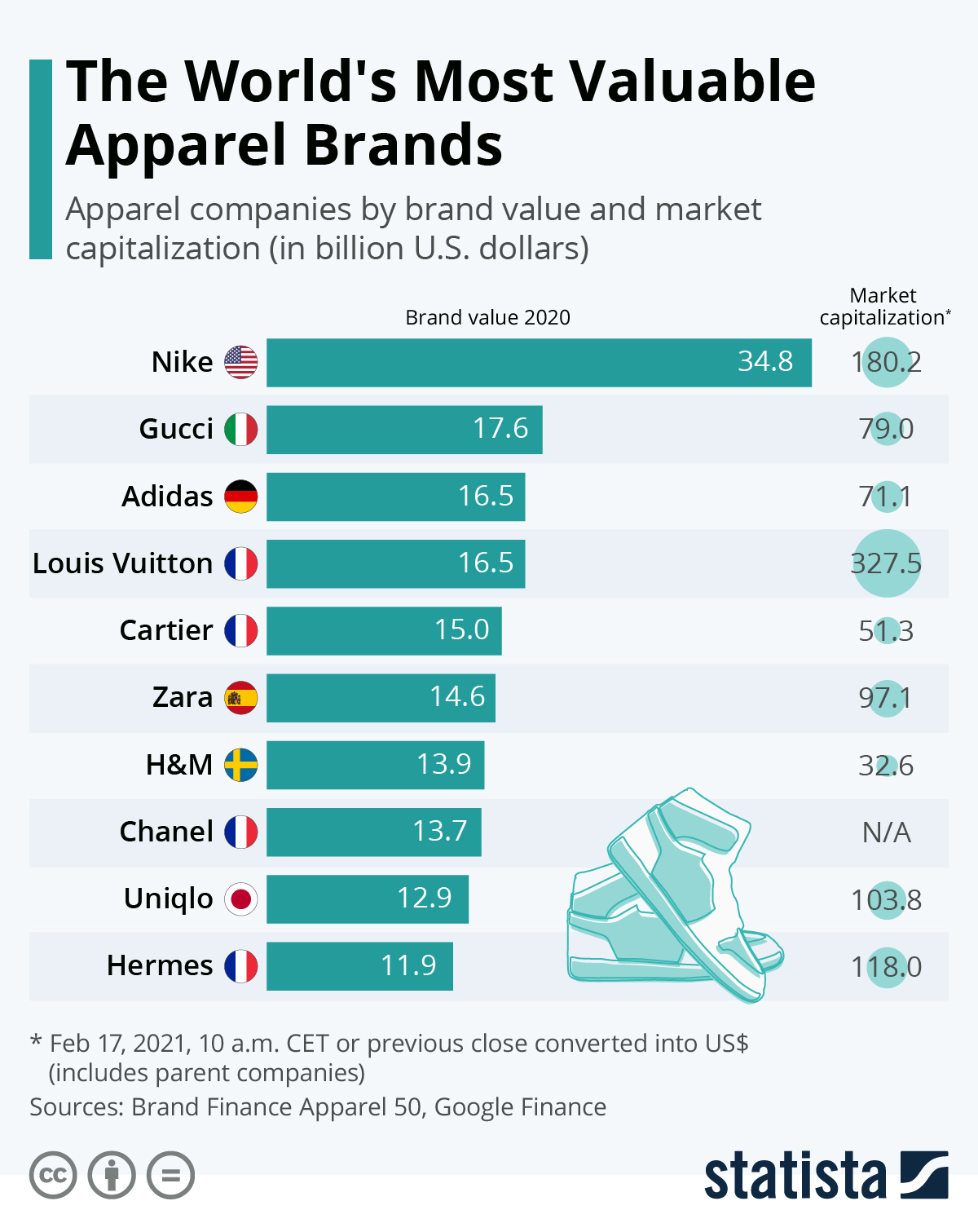 Nike’s business model focuses on Innovation and Customization. Despite the sportswear being outsourced, Nike maintains strict quality checks. It spends a lot of resources and time for designing, research, and development.

Bill Bowerman (Nike’s early partner) would often use waffle irons to experiment with shoes! Their designs are admirable- anyone who has a pair of Nike’s Air Zooms can vouch for this. They introduced the world to Air-Cushioning technology in shoes. 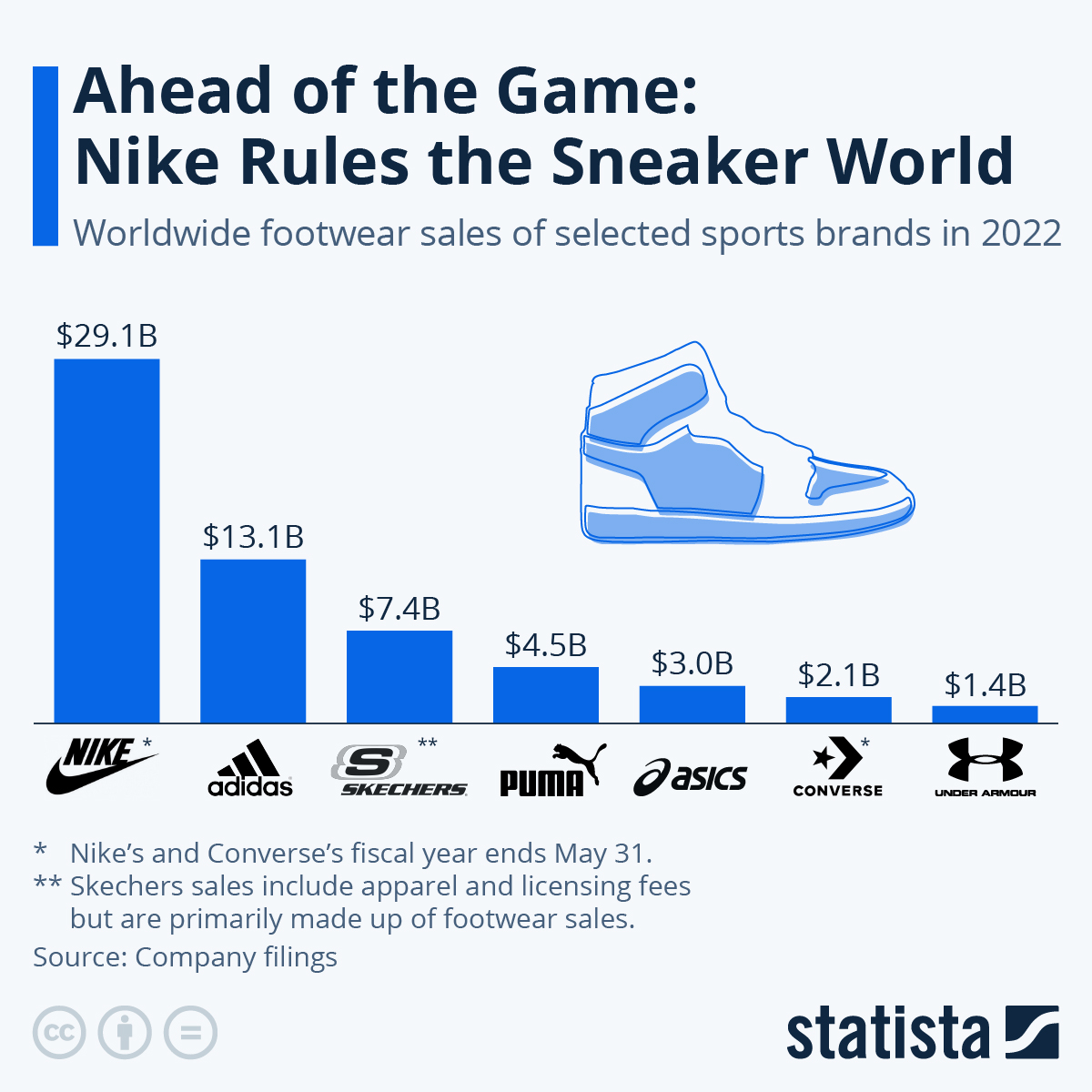 Customization is another feature that Nike provides. NikeID is a service that allows buyers to customize their shoes. They can choose colors, sports style, and traction. One can visit Nike by You, Custom shoes and have a shoe tailored to their needs and likes.

When Knight first started Nike, he did not believe in the power of advertising. Funny how things change, Nike spent 3.59 billion U.S. dollars only on advertising and promotional events in 2020. Nike roughly spends 10% of its revenue on advertising. However, their marketing strategy often reminds me of a verse from the book and their spirit throughout the book.

I’d tell men and women in their mid-twenties not to settle for a job or a profession or even a career. Seek a calling. Even if you don’t know what that means, seek it.

The first employees of the firm were Shoe dogs. Bill Bowerman was Phil Knight’s track coach. Jeff Johnson and Phil Knight went for 13-mile runs when they met to discuss strategies. All of them loved running and shoes. Their love for running pushed them to sell shoes and build amazing designs for runners around the world.

They were passionate about the cause and reflected the same in their marketing strategies. More than advertising their shoes, they advertise running and sports. They are master storytellers; they create demand for themselves by inspiring people to take up sports.

Another amazing strategy that makes the brand alluring is that it is inclusive and takes a firm stand on social issues. Nike was one of the first brands to release Pro Hijab, a product for Muslim women in sports. They’ve encouraged women empowerment and involvement of women in sports- their social media channel NikeWomen inspires women to take up sport and a healthy lifestyle.

Nike’s worldwide fan following is certainly anchored to its essence of standing for social justice over and over again. The recent decision of Nike to split with soccer player Neymar based on an allegation raised by a female employee of sexual harassment by the soccer player affirms the brand’s willingness and effort to stick to social norms.

Check out this story on how Nikes stand for social justice has created a powerful node in its brand association.

The company supported and debuted an ad campaign centered on Colin Kaepernick. He was a former NFL player who refused to stand for the national anthem before his games in protest of racism and discrimination in America. The sport boycotted him due to political pressure, but Nike debuted an ad campaign supporting the cause right after the event.

When Nike first started, celebrity endorsements were considered one-way tickets to putting a brand’s shoes on the map. Nike has indeed continued to follow this particular strategy and has the world’s leading athletes to promote its products, including Tiger Woods, Michael Jordan, Cristiano Ronaldo, Rafael Nadal, and many more. In the 2016 Olympics, In the category of shoe brands- Nike had the highest number of players who won medals.

Shoes are one of the world’s oldest creations. One thing that can be observed is how Nike has always been a pioneer in innovating shoes and sports apparel. Nike has built a business model that observes trends and always stayed relevant to the market.

Entrepreneurs can surely take a leaf out of Nike’s books. Stay resilient, relevant, do not be intimidated by competition, and sell a vision rather than a product.

Manasvi is an aspiring entrepreneur - always on hunt for problems she can solve. She’s an education, business and public policy enthusiast. She loves spending her weekends teaching underprivileged children or on her couch reading books.