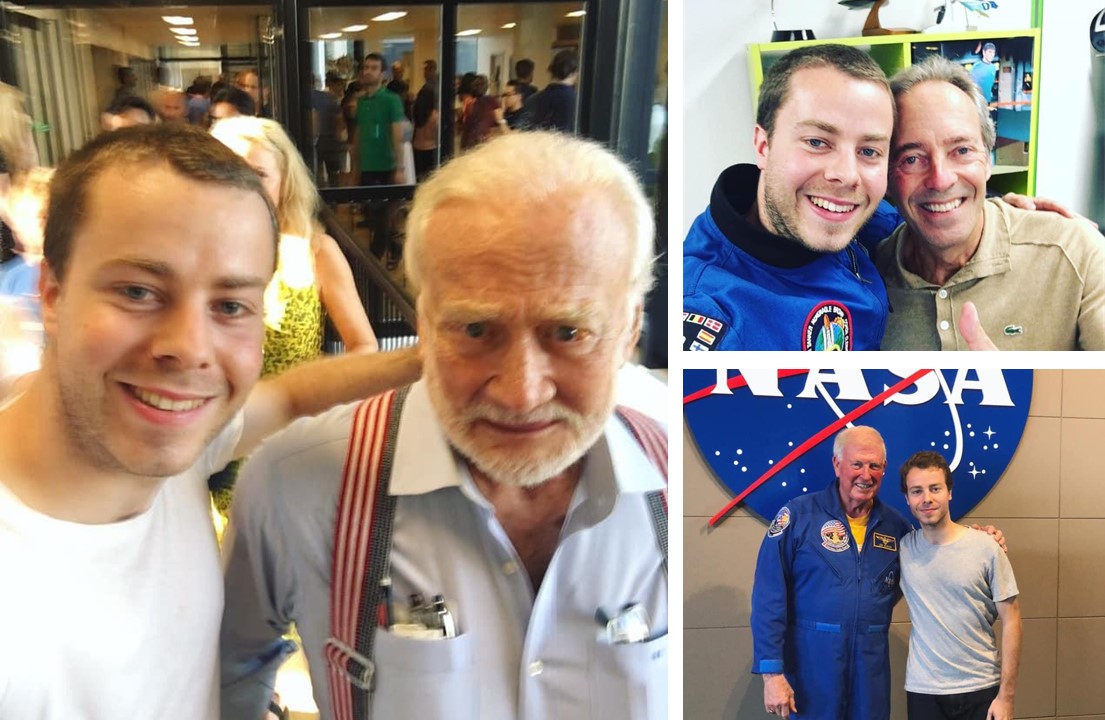 Toucan Space: Now your personal objects can travel to space

Louis de Gouyon Matignon belongs to an old traditional French family from Brittany. Specialized in environmental law, Louis graduated from the French universities Paris 1 Panthéon-Sorbonne, Paris 2 Panthéon-Assas, and Paris-Saclay. He participated in the International Space University Space Studies Program in 2019. At this point he never thought that he would be sending objects to space one day.

CEO of the publishing house LGM éditions, Louis has by the past been politically invested in subjects such as minorities (Gypsies, Inuit, and Basques), Africa, or North Korea. Passionate about linguistics, he has notably published three dictionaries. Although in French, an interesting video on Louis

Realizing that politics not his cup of tea anymore, Louis decided to immerse himself completely into the subject of space. One thing led to another and now Louis is doing a PhD in space law (exciting no?).

So he started by writing articles on spacelegalissues to popularise space law and public international law. He is also a member of the Société Française de Droit Aérien et Spatial, the Association Aéronautique et Astronautique de France, the European Center for Space Law, the Space Generation Advisory Council, and the Mars Society.

I believe that private companies have to play a more decisive role in the exploration and exploitation of outer space, and that law has to evolve in order to guarantee an ever-more securing environment for space-related activities.

Before we learn about his venture let’s understand what Space Law is?

Space law can be described as the body of law governing space-related activities. As described by the United Nations Office for Outer Space Affairs:

Space law addresses a variety of matters, such as, for example, the preservation of space and Earth environment, liability for damages caused by space objects, the settlement of disputes, the rescue of astronauts, the sharing of information about potential dangers in outer space, the use of space-related technologies, and international cooperation.

Louis also described Space Law for us in simple words. Are You Allowed to call your property? Are you allowed to do a nuclear explosion on Mars? Weird yet important questions. But space law helps to answer and define these questions.

Read: How Amrut Deshmukh is on a mission to make India read?

While Louis was passionately involved in his Ph.D., news broke. The American space agency NASA decided to allow commercial entities to go into International Space Station.

“I was working with one of the attorneys of NASA for my thesis. The Attorney introduced me to the right people at NASA. Thanks to him, I got an idea to start Toucan Space”

So now let’s see what Toucan Space is?

Your object will fly in space at an average altitude of 160 kilometers and a speed of roughly 4.000 kilometers per hour. Once the rocket has landed back on Earth and the mission is completed, you’ll receive home your space-flown object packaged with fun mission goodies. What a cool space gift!

Your object will be launched from Cape Canaveral aboard SpaceX’s Falcon 9 and fly in space for a few weeks at an average altitude of 400 kilometers and a speed of roughly 28.000 kilometers per hour. Inside the ISS, your floating object will circle the Earth every 90 minutes. Once the Dragon capsule has splashed down and the mission is completed, you’ll receive home your space-flown object packaged with some crazy mission goodies. What an amazing opportunity to fly to the ISS!

You can even buy objects that flow in Space

From Toucan Space, you also have the opportunity to buy items that have flown in space. Items can be stickers, bookmarks, postcards, or a patch. Toucan Space will even provide you with a mission certificate of authenticity

“The idea was to allow ordinary people like you and me to touch and have indirect access to space.”

So How Toucan Space is sending your objects to Space?

Toucan Space is using sounding rockets if you want your objects to fly to space only no ISS. A sounding rocket, sometimes called a research rocket, is an instrument-carrying rocket designed to take measurements and perform scientific experiments during its sub-orbital flight. Sounding rocket goes in space for a few minutes, does its work, and comes back.

With sounding rocket Toucan Space is going 150-200km above the Earth’s surface. As per Louis, if you are not going above 100km you are not in space and that is a major problem with some of the commercial spaceship companies.

But for objects that are flying to ISS, Toucan Space has collaborated with Falcon 9 of Space X that launches from Florida base station. This time period depends on the length of the Falcon 9 mission. Nothing will happen to them in space. Then why would any send it we asked Louis?

“The object won’t change but the spiritual, cultural, and emotional value of that object will change. For example, you can buy a postcard for $2 but what if the shopkeeper tells you that postcard has traveled to space?”

Read: COVID has come as an opportunity for ZeroVir. How?

What is the business model around this concept of objects to space?

Toucan Space first mission is on 15th Nov’2020. Louis mentioned that we have not given much thought about the profitability on the mission as we believe in our cause of making space accessible to everyone.

When we started we did not even know if there is a market. Before a launch, we have to ask the spaceship 6-8 months before for the reservation of space. Then we send them the objects we collected from people 3-4 months before the launch. The hardest part is the integration of those objects in the spaceship as various aspects of security are to be considered.

To send 1kg of objects in Space costs 20,000 Euros. We calculated how many objects of what weight we can send and that’s how we came up with our pricing model. Price to send ranges from 300-2000 Euros. Currently the idea is to have the minimum so that we atleast breakeven.

Louis is using all social media channels, giving interviews and using a PR agency that is spreading about their cause.

How did Louis convince SpaceX to collaborate to send personal objects to space?

Louis told SpaceX that they have space left in each of its launches. That empty space is doing no good. Louis asked them to give that space to Toucan space instead of wasting it. Also as per NASA’s new policy that allows access to that space for research that can be useful to mankind (it’s a part of Space Law). The treaty in Space Law says that Space is for everyone and everyone should have access to it.

Louis saw this as an opportunity and turned into a commercial venture. He is very thankful to his network in NASA and IAC that got him in touch with SpaceX.

Louis has met so many astronauts and cosmonauts in this journey. He met Buzz Aldrin (the second man to walk on Moon). Louis is even planning to collaborate with the legend Elon Musk himself for his mission March 2021. He has even designed a patch for Elon Musk. He is hoping that this will make Elon laugh and looking forward to meeting him.

Do things because its advanced and will take you somewhere someday