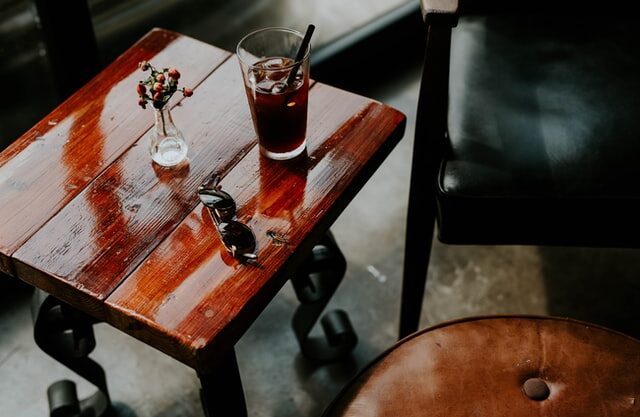 Thums Up- The Phoenix of the Indian Cola industry

The story is about the most iconic cola brand of India Thums Up!! It’s easy to think that Thums Up is an international brand by Coca-Cola but it is as Indian as it can be. It was once Parle Thums Up. Surprised? The brand has gone through various ups and downs. Let’s read The Strategy Story of Thums Up!!

Cola Industry in India- A dramatic history of 65+ years!

The Indian soft drink market has a history of 65+ years. Till the 1970s, the Indian cola market had a monopoly by Coca-Cola.

In 1974, the Foreign Exchange Regulation Act (FERA) was passed. The bill was formulated with the aim of regulating payments and foreign exchange. The bill required foreign companies to dilute equity to Indian associates to 60%. George Fernandes, then Industry Minister, wanted Coca Cola to also reveal its formula to Indian shareholders.

Coca-Cola agreed to dilute the stake but was not willing to share its highly guarded and secret formula. Coca-Cola was in no mood to give in to the Government demands and it decided to wind up its operations in 1977.

In 1977, the then Prime Minister Morarji Desai Government launched “77”, a home-grown cola brand with lot of PR and under the “Swadeshi” movement. It also eventually launched an orange drink, both failed to match the popularity of Coke or Gold Spot, whom they were planning to replace.

The launch of Thums Up by Parle

While the Indian market was flooded with Colas, Parle under the leadership of Ramesh Chauhan was planning to re-enter the Cola market but with a huge experiment around the ingredients of the cola.

Instead of using “Kola Nut” extract for making a cola, Parle produced a drink using tea extracts, along with cinnamon, cardamom, lemon oil, nutmeg, vanilla, and orange oil. Thus, was the launch of a fresh, spicy, homegrown cola in the Indian market with a simple red logo called Thums Up.

Once it had a 60% market share, it began to consolidate its position by creative marketing strategies, ad campaigns to woo all classes and masses, cricketing and film affiliations, etc. In the below ad Parle has shown Thums Up along with Samosas and Jalegi probably to show that it is a cold drink for every day snacks.

A few years on, a brand new marketing campaign was launched for Thums Up. The idea was to position Thums Up as a macho brand. After days of brainstorming, debating, disagreements, and a lot more, Ramesh Chauhan rebranded Thums Up with 2 tag lines “Taste the Thunder” and “Toofani Thanda”.

Enters PepsiCo. PepsiCo gained entry to India in 1988 by creating a joint venture with 2 Indian Companies and launched Lehar Pepsi, 7-Up and Mirinda, in late 1980’s. Pepsi ended the JV in 1994.

There were a lot of debates in Parliament, and demonstrations across parts of the country against the entry of a foreign company at a time when the Swadeshi movement was going on.

But Pepsi’s entry didn’t deter Parle Thums Up to grow. As of now Thums Up had a stronghold on the Indian Cola Market. Up until 1993 when Coca-Cola decided to re-enter the Indian Market post-liberalization of the Indian Economy.

Journey of Thums Up from Parle to Coca-Cola

Coca-Cola thought that Indians would welcome this brand once again after 16 years. But nothing of that sort happened. Coca Cola was not able to displace the number 1 spot of Thums Up.

Coca Cola started poaching the franchise bottlers of Parle. So, while Parle had 80% market share but had only owned 4 bottling plants while other 58 were franchise who were eager to work with foreign brands.

On seeing the franchise bottlers being converted into Coke manufacturing plants, Ramesh Chauhan decided to call it quits and surrender. Moreover, Parle couldn’t compete with cash-rich Coca Cola in advertising through top Bollywood stars. In 1993, Coca-Cola bought Thums Up, Gold Spot, Limca, and Citra from Ramesh Chauhan for $60 Million.

Coke reached the numero uno position instantaneously on acquiring the #1 brand Thums Up. The company had decided to withdraw (read KILL) Parle’s products from the market. Ramesh Chauhan got a hint of this intent through his sources and tried to reason with Coca Cola against doing it but in vain.

Gold Spot and Limca were withdrawn in the very first few months itself. Thums Up was withdrawn after a few months.

A war of colas broke between Pepsi and Coke after the withdrawal of Thums Up. It was a roller coaster ride for Coke and they soon realized that by killing Thums Up, they had served the market share to Pepsi, quite easily, on the platter.

Revival of Thums Up by Coca-Cola and marketing strategies

Coca-Cola revived the Thums Up brand in 1997 with a re-engineered tagline “I want my Thunder”. The re-entry or revival of the Thums Up brand helped Coke gain significant market share. Thums Up gained the top spot of the #1 cola drink in India, but unfortunately, Limca, Gold Spot, and Citra could not see the light of the day.

For Thums Up, Coca-Cola launched an ad campaign with the tag line as “Grow Up to Thums Up” and tried to portray Pepsi as a sweet drink for kids and position itself as a macho drink. In one of the advertisements, it actually made fun of Pepsi when Sushmita Sen said “Yeh dil still maange more”?

A few years on, Coca-Cola realized that there is market demand for two of Parle’s products which it had withdrawn and hence in the early 2000s, they announced the revival of Limca and in 2012, the revival of Citra for rural India.

In 2012 only Thums Up came with its brand campaign “Aaj Kuch Toofani Karte hain”. The campaign’s message was to tell its customer about Bold Leadership and pushing boundaries. The campaign was all about the excitement in leading the pack through adventures. The brand moved from “tasting to living” the thunder.

The triumph of Thums Up over foreign brands of Coke and Pepsi is a testament to the indigenous R&D, hard work and sweat put in by Ramesh Chauhan keeping India’s population & its likes at the center of its product line.

Next time, in safer times post-Covid, when you visit a restaurant with your loved ones, order a Thums Up, do feel pride in consuming a product that is 100% locally developed. A cola that gave foreign brands a run for their money, a brand that came back from the dead, the phoenix of the cola industry. With Thums Up, you, Taste the Thunder!!!