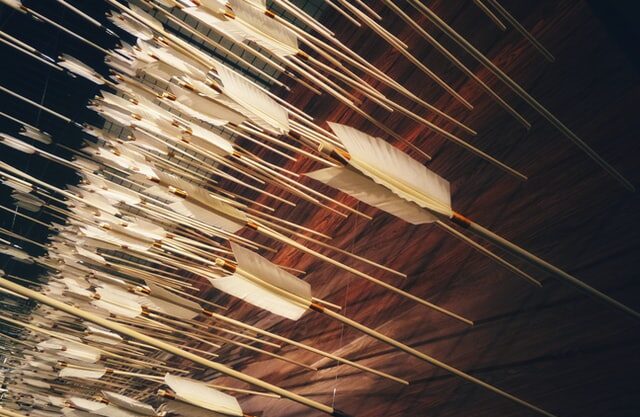 Marketing is merely a civilized form of warfare in which most battles are won with words, ideas, and disciplined thinking.

Strategy without tactics is the slowest route to victory. Tactics without strategy are the noise before defeat.

Jio, the harbinger of strategic execution and classic market disruption is a case to be read and studied by every marketing and strategy student. The offensive marketing warfare by Jio has not only toppled the market leader but also has been sustaining itself competitively.

Jio won the customer trust and satisfaction and then went on war with the incumbents. Its supremacy lied in subduing the rivals without even fighting with them. Jio is a classic case study on understanding Marketing Warfare. Let’s understand what is marketing warfare.

Marketing warfare is a civilized form of warfare where the battles are won on ideas, disciplined thinking, and strategized actions. Market leaders are the ones who use defensive warfare whereas the number two or three brands use offensive warfare. This article focuses on the offensive strategies played by Jio to be the market leader in the telecom market.

Right from the time Jio entered the telecom market, it has taken the road less traveled. Traditionally telecom companies have earned their revenue through voice calls. The segment of a voice call is a red bloody ocean characterized by cut-throat competition.

Read: To learn more about blue ocean strategy, check out the story on Warby Parker

Voice call was a saturated, over-utilized, and hyper-competitive segment. This was clearly understood by Mukesh Ambani and so he focused his efforts on the blue ocean, the uncontested markets – Data. He knew data was the new oil. It was the unsaturated, under-utilized, and unexplored segment in the telecom market that was free from any competition.

The day after the auction, Reliance India Ltd acquired this company and marked its entry into the telecom company. This move by Mukesh Ambani was heavily criticized and touted as a wasteful investment by national and international media. This made the incumbents become complacent who did not consider RIL as their competition.

Reliance waited for six years to build the telecom infrastructure and finally rolled it out in 2016 for the general public. Jio created the infrastructure of optical fiber – high data speed that gave them a competitive advantage.

Also, it did not enter the 2G/3G business at all. And this move has been a landmark for its success. In early 2020, Jio became number one in terms of the subscriber base and the market share within 3 years of its launch. From 6.4% in 2016 to 35% in September 2020, Jio has been touted as the most ambitious and one of the fastest-growing telecom network, that has also spearheaded the digital revolution in the country.

Jio disrupted the Indian telecom market by revolutionizing the product offering and executing the unthinkable. All this was possible due to its cutting-edge offensive strategies of encircling the existing players.

An encirclement attack takes place when superior resources and aggressive moves are employed to capture a large market share. We all know the resources and capabilities of Mukesh Ambani.

Encirclement Attack involves launching a grand offensive on multiple fronts. With pan-India presence from day one and an aim to capture a wide slice, Jio leveraged its strengths and might. It was a head-on fight with the market players. Matching competitor’s marketing mix, hostile price cuts, heavy advertising, and promotional offers were some ways of encircling the incumbents.

Jio did all of this and did it even better. The philosophy behind this kind of offensive attack is the price for the price, distribution for distribution, the advantage to advantage, and ‘one to all.’ The intent is to ambush the leader and bleed them. Jio ambushed and bled everyone. As the wise tale says, “Crush the back of the camel and gain the terrain advantage.”

Read: How Facebook used “Beachhead Strategy” to become a giant?

From almost ten companies in 2016, the sector is left with only five of them. Jio earned the terrain with its strength of force. Darwin was right. Survival of the Fittest is the universal truth. Jio’s encirclement had flanking attributes as well. Focused on one segment (flanking) but encircled geographically. The concentrated and focused attacks on one segment rather than spreading wings in all directions were the winning points for Jio.

Jio’s encirclement attack was successful due to the low-cost advantage that it enjoyed, greater resource availability and most importantly the existing customers did not have any strong brand preference or loyalties. Jio focused on market segments that were not catered to by others.

Jio’s geographic encirclement strategy worked as it was fought in the uncontested product segment. It used data as a flanker to diffuse in the market. Marketing warfare states that tactical surprise ought to be an important element of the plan. The pursuit is as critical as the attack itself. Jio identified the shifts that caused gaps to develop in the market, then rushed to fill the gaps. It diversified into unrelated products (data) in all the geographical markets and leapfrogged into new technologies.

Jio established its differential position in the market with a distinguished product offering and that became a foundation for sustainable advantage. It assaulted the incumbent telecom players with a differential marketing mix strategy rather than the imitative one.

Jio’s Marketing Mix at the time of its market entry in all the twenty-two telecom circles was a blitzkrieg strategy. As they say “Na kisi ne suni, na kisi ne dekhi.”Free Sim, Free Data, Multiple Sim availability, Massive Advertising, Micro distribution at the nook and corner of the country.

When Jio entered the Indian telecom market, it knew that there were various untapped or unserved market segments that are not explored by the competitors. It also very well knew that the telecom market had well-established competitors like Airtel that was the then market leader, Vodafone, Idea, and many others.

On what grounds could Jio outperform all the incumbents? The outcomes in such a hyper-competitive market depend on who has greater strength and endurance. The principle of force says “The side with the greater resources will win.” Clout on account of research & development, money power, capabilities, competencies, superior production technology, etc. were its winning formula. Offensive warfare is brutal, gruesome, and dangerous warfare than defensive warfare. If played well by the challenger then the leader will lose for sure.

In the words of Al Ries and Jack Trout, the author of the celebrated book, ‘Marketing Warfare’, “Find a weakness in the leader’s strength and attack at that point.” Achilles had a heel which led to his downfall. Find the competitor’s weakness and hit hard. Poor Network, negligible data speed, horrendous customer service, and unforgivingly expensive price plans were the competitor’s weaknesses.

Jio identified this and hit the incumbents where it hurts the most. Free data, non-entry in the 2G/3G voice call business, and pan-India presence in all the twenty-two telecom circles led to its meteoric rise. The unattractive customer retention plans by existing players didn’t help either.

Even after its launch, Jio intensified its attacks with guerilla warfare. The whole rationale was to demoralize the enemy and crumble them. Guerilla strategy consists of small and intermittent attacks to increase market share. The rationale is a continued stream of smaller attacks has a stronger effect cumulatively than a major attack. Typically seen in the form of price cuts and aggressive promotions. The effects of continued offensive strategies were in the form of the exit of several players from the Indian telecom market.

The rise and rise of Jio can be attributed to its market entry and continued value delivery thereafter. Jio’s market proposition was acceptable, affordable, accessible and there was high awareness for it. Padmashri awardee Dr. Jagdish Sheth and Dr. Rajendra Sisodia in their celebrated book the 4 A’s of Marketing have mentioned that when companies adopt the 4 A Model, they create sustainable customer value. From poor data speed to seamless data availability, from high-cost data plans to absolutely free data plans, from restricted-controlled use of data to free and uncontrolled data use, Jio revolutionized the Indian telecom market.

Jio as a fast mover, rather than a first mover, has redefined the marketing rules. It has created new highs for itself by being profitable within five years of its launch. In 2020 itself, Jio attracted attention, interest, and investment of more than $15 billion from the top-notch tech giants & investment firms of the world. Seems like everybody wants to enjoy the Indian telecom pie.

Jinal Shah is currently the Assistant Professor at NMIMS Deemed to be University. Prior to this she has been the Head of the Department, Coordinator and Assistant professor of the Bachelor of Management Studies Dept of SIES college for 8 years. She has won Five times the award for best research paper in various International Conferences from prestigious educational institutions. She has also published two cases in the 15th edition of Marketing Management by Phillip Kotler.