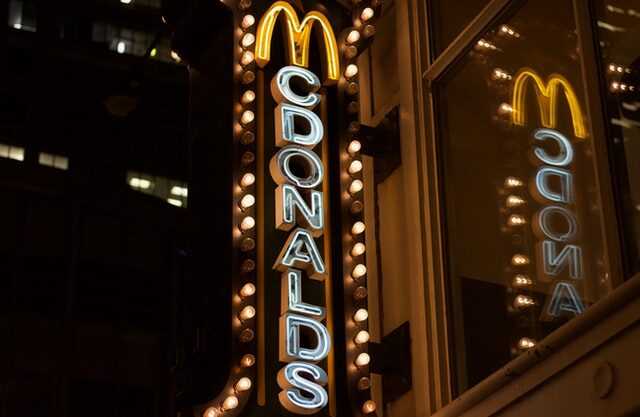 And that’s it! A burger from the grill to the counter in less than 30 seconds!

You and I may not find anything special in this statement, but this was like music to the ears of a Ray Kroc, a traveling salesman who made a living by selling milkshake machines to fast food restaurants. His eyes lit up when he walked into the first-ever McDonald’s outlet in Pasadena, California.

Back in the 1940s, the drive-in restaurant culture was picking up like anything. People used to drive into their favorite joints, grab a burger and milkshake while sitting in the comfort of their car and drive merrily away.

There was only one catch – the really long wait times! And Raymond Albert Kroc (famously Ray Kroc) hated them. He truly felt, that this is the worst thing to happen to the customer experience, which was making the customer wait.

The concept of ‘fast food’ was practically non-existent. Mcdonald’s brought it!

Ray had spent his entire life visiting restaurants across America, selling giant milkshake machines. He used to tell his customers, that people don’t want to wait for 20 minutes to get a milkshake and demonstrate his machine which made 8 or milkshakes in one go. He went from one sales call to the other, getting rejected. People simply didn’t see the need to buy such a machine. They never thought the food was a time game.

Ray was waiting for this big idea in the Food Business and then he got a call from a guy asking him to send 4 of his milkshake machines over. Ray was confused. He wondered who is this guy who needs to make 32 milkshakes at one go, how is he even doing these kinds of sales. He took his car and set out to drive hundreds of kilometers to see this restaurant called McDonald’s for real.

When he reached there, he saw a sight that he would never forget for the rest of his life. He saw a long line of people outside a burger joint called McDonald’s which had an average wait time of less than 5 minutes. He stood in the line, got a burger and tried it. It was awesome!

When he met, the McDonald brothers, Dick and Mac (the real Mcdonalds), they walked him through their super-fast burger supply chain which was nothing but a modified kitchen that churned out delicious hamburgers in less than 30 seconds per burger. Each burger had the same taste, same flavor because the process was so efficient and standardized. This was revolutionary for Ray.

From there on, began a wonderful journey of McDonald’s that resulted in a real estate empire worth $53 billion and counting.

Confused about how a burger joint called McDonald’s became a real estate empire?

The story goes like this. Ray convinced the McDonald brothers to sell their revolutionary McDonald’s outlet concept and expand it as a franchise model. He would do the selling and get new partners, and they will lend him their brand name and get a 0.5 % cut of all sales. The brothers signed it off after a strict clause that stated that they wouldn’t compromise on quality and everything would go through them.

Over the next 5 years, Ray created 228 McDonald’s across America. He wanted to make McDonald’s the quintessential American family place of eating. All was going well, McDonald’s was doing well and Ray’s popularity was growing.

Only one thing was not working for Mcdonald’s. He was not making much money.

After all, how much can you make on a burger that costs a few dollars? Ray was in deep debt and put his home up for mortgage as the number of McDonald’s kept growing by the day. That’s when a smart lawyer told him,

“Mr. Kroc you don’t quite understand the real business you are in. You are not in the business of selling burgers.”

“Then what is it? he asked the lawyer.

The lawyer said, “You are in the business of real estate Mr. Kroc”.

And the rest is history. Ray created a new company called the ‘McDonald’s Real Estate Corporation’ which acquired land and leased it out to franchise partners. This helped him create what is a $53 Billion (2020) real estate business.

So What is McDonald’s Strategy Story of becoming a Real Estate company?

The reason of high profitability is that it owns the land and buildings at most of its locations – and its franchisees pay McDonald’s rent. They started by leasing out to franchisees, charging a 20% markup but increased it to 40%. They were minting a lot of money. The brand also made an arrangement in the lease agreement that if the outlet was doing well, then the markup would go up. The franchisee paid the lease markup or 5% of sales, whichever was higher making McDonald’s invincible.

The chain kept expanding and McDonald’s real estate business kept growing. They expanded domestically and internationally, reaching 10,000 outlets by 1988. By 21st century, they had 35,000 outlets in more than 100 countries, with one McDonald’s opening every 5 hours.

As of 2020, the estimated brand value of McDonald’s is more than $129 billion. Each franchise costs an average of $1.5 million in startup funds to launch with net revenues around $150,000 to $175,000 annually, according to Franchise.com. Want to own one?

In conclusion, even if people stop eating burgers tomorrow, McDonald’s is not going down, supported by its massive real estate empire. That’s how a sustainable business model is built. If this is not a story to learn lessons from, then what is! Tell us what you think in the comments. The guy in the below video explains the concept in detail. 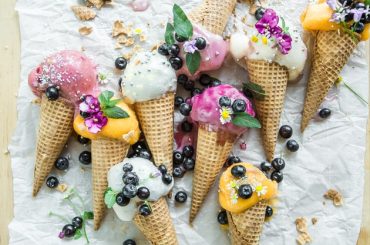 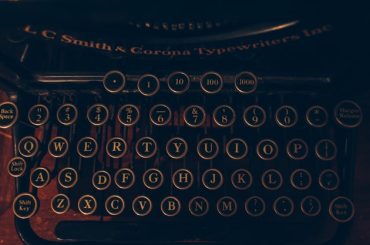