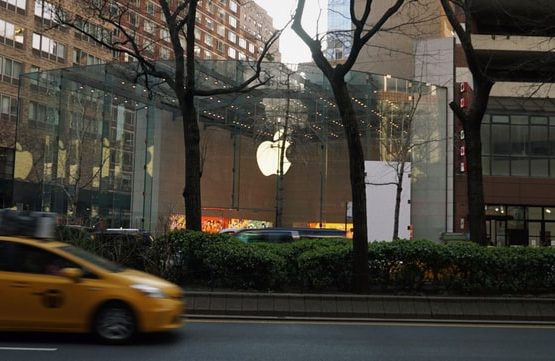 The Economics of Apple One: Pricing Strategy

What is Apple One?

Apple recently announced Apple One, which essentially combines its services into a monthly subscription-based business model. The most basic plan gives the user access to the following services: Apple Music, Apple TV+, Apple Arcade, and 50 GB-worth storage on iCloud- all for $14.95/month- which translates to a $6-saving/month.

Apple, as a brand, as a company, is known for its ground-breaking innovation and durable hardware products. However, off late, the California-based technology giant has invested a lot of time and effort into their software-related services. Their most recent strategy has to do with bundling all their cross-platform services, released as Apple One.

However, as one glances over it, one must wonder about the pricing strategy of it all; how can Apple, a firm renowned for charging its customers a premium for its services, suddenly offer the same at affordable rates?

Has Apple decided that having too much money in the bank is not okay and they should merely engage in a ‘customer-satisfaction activity? As rhetoric as it may sound, it really is just- simple strategy. If we dive deep into the model, we shall see that it’s a way for Apple to make even more money.

Moreover, it’s important to comprehend the fact that this type of business pricing model is not exclusive to Apple- other companies like Microsoft and Adobe (to name a few) use this extensively as a moneymaking tool (and it works wonders!).

Why has Apple rolled out Apple One?

To understand the economics of bundling, we need to understand the basic principle of economics- that is, how demand works within the economy. Humans often have a pre-defined valuation of a product or service in their minds: the willingness to pay (WTP) for that particular product/service. It’s also called the reservation price.

If the actual price of the product turns out to be more than this reservation price, they tend to not buy the product and instead, substitute it with some other product/service. But if the actual price turns out to be less than/equal to this reservation price, they tend to buy it. Low price directly translates to a higher demand for that product/service.

To be honest, in a perfect world, Apple would be charging its customers the maximum amount that they are willing to pay for the product or service; or in other words, they would indulge in exercising First-Degree Price Discrimination.

The idea is to minimize the consumer surplus for the majority of its customers- for example, charging $9.99/month and $11.99/month for Apple Music from Mr. X and Mr. Y respectively (assuming these values represent their WTP, and Apple is able to hit the sweet point w.r.t. charging the ideal revenue-maximizing price).

But, in the real world, Apple has millions of consumers- hence, charging every individual their WTP isn’t feasible. This is precisely where the concept of bundling makes its way into their business model.

The Apple One Strategy: Broken Down

Let’s understand the economics of bundling, and how it helps in revenue maximization- thus, potentially raising profit margins. It has been a concept duly used by many firms in the past, and some have used it to great effect while others have failed.

Will Apple achieve success? Consider two consumers of Apple Products- Steve and Tim. And for the sake of simplicity, we are going to assume that both these individuals are rational in terms of their decision-making (because let’s face it, traditional economics is all about assumptions!).

Computing the figures by looking at the table above (Figure 1.1), we can see that-

Now, if we compare the valuation of the total services combined by both Steve and Tim- we see that Steve values it at $16, while Tim values it at $14. Now if Apple decides to bundle these services together and provide the same at the price of $14, the total revenue earned stands at ($14*2 = $28).

Thus, by essentially using the First-Degree Price Discrimination tool, in our example, Apple is able to raise its profits by 3.7% by choosing to bundle its products. This is what they are aiming to achieve by offering its products and services at a discounted price- attract more consumers.

Moreover, the firm has decided to go the extra mile when it comes to its business operations in the Indian market- it’s choosing to implement an extremely aggressive pricing policy by offering the $9.99/monthly service (~INR 730/month) at just INR 195- resulting in a savings of INR 177/month.

Comparing directly to the likes of Spotify in the Indian market which charges INR 130/month, the Apple user-base may switch to Apple Music via this subscription model (and enjoy 3 additional services for an extra INR 65) owing to the extremely low customer switching costs.

Will this strategy be a success?

However, it makes total sense for Apple to want to come out with a service of this kind because the cost of servicing each additional customer is essentially zero. It is important to comprehend that, as long as the products and the business model complement the idea of product bundling, it’s mostly a win-win situation.

However, human behavior is pretty hard to predict as well; it is not an exact science; whether customers will go for the bundling of apps for a little extra payment or choose to commit to the service (even though it’s at a lesser price-point)- is difficult to predict. All we can note at this point is that, as we’ve observed in the past, Apple rarely goes wrong!

I have earned a Bachelor of Science in Economics, and my passion for the same has, over time, landed me onto the Consulting industry. As an individual, I believe in Empowerment- I’ve worked with multiple organisations in the social space and I’m glad to have been able to contribute positively towards society. Currently, I am Business student at SDA Bocconi (Mumbai & Milan). I love travelling and watching football- I’m an arduous supporter of Manchester United!