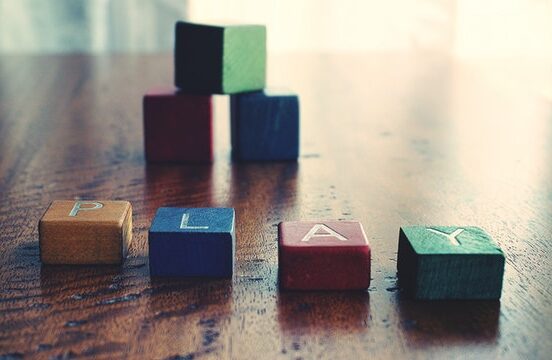 How ESPN Redefined Sports Consumption through the Spelling Bee

According to the data, The Strategy Story (TSS) is getting more readers from the USA with India being a close second. It was fascinating for all of us and made sense, considering that most of the writers unearth the strategies of global companies. What better way to increase our viewership by writing an article about the ESPN Spelling Bee. A ‘sporting event’ which came to life in the United States and is now dominated by Indians. Ticks all the boxes, right?

Before we delve into the topic, it is important to understand how one grows the market share while uncovering brand tasks. Using a reference from another TSS writer, Saurabh Bajaj, there are two ways to grow market share.

This article looks at how ESPN used Spelling Bee to master the former and how the channel transformed sports consumption.

Why the Spelling Bee Made Sense for ESPN?

The Bee was started in 1925 and was considered a small program predominately popular amongst the Print medium. Nobody knew about the winners until the next day when it was in Newspapers throughout the United States.

Rich Boehne, the ex-Scripps (second-largest operator of broadcasting company ABC) CEO, who was instrumental in bringing the Bee to ESPN, thought, “How do we create a real television experience for the Audience while maintaining the authenticity of the event?”

When ESPN came on board in 1994, the majority in the sports broadcasting industry were confused & perplexed with the decision. But all along, American culture since the early years of the United States has thrived on combining the natural human tendency for competition. Only this time, the bonus of a practical educational aim made it ideal for consumers.

While few critics did not like the idea of TV putting pressure on Kids, the kids felt otherwise. According to 1999 winner Nupur Lala, “Kids are thinking, ‘I stayed in on Friday night and spelled, and now there’s a big payoff.’”

947,000 homes tuned in to see the first telecast of ESPN Spelling Bee in 1994, clearly showing that the Sports Channel’s calculated gamble paid off.

A simple guesstimate above shows total viewers just above 4,700,000. Owing to the popularity of Sports in the USA, assuming that utmost 3 out of 5 members in every household already watch sports, the Spelling Bee gave ESPN a chance to capture 40% of remaining viewers of those families who were not interested in typical sports.

This is a classic case of “growing the category” that was earlier discussed.

From being a mere filler on a slow news day, the Bee became a television event on par with ESPN’s other championship programs.

Another important reason that this event made economic sense for ESPN was the low production cost. Other than a sturdy stage and a working microphone, there is minimal production cost involved. Judges & pronouncers were former Spelling Bee participants who later go on to work behind the scenes. The winners get cash as well as prizes, which are invariably covered by Sponsorships.

In summation, the competitive nature of the Bee, the prospect of reaching out to new viewers, and a low production cost, all made the Spelling Bee lucrative for ESPN.

At a time when the US audience was glued to mainstream sports, nobody viewed Spelling Bee as a Sport. The channel had to show “how Spelling Bee captures the audience’s thirst for competitive sports.”

Instead of telecasting the Bee a sports event, ESPN showed the event for what it really is.

A hardcore sports reality show. They wanted to combine the competition that Sports is known for with the Drama that makes reality shows addictive. Except that nothing was scripted.

Though the first few seasons did not have the spelling displayed to TV viewers, ESPN quickly changed that. The spelling is now visible and whether the athlete spells the word correctly makes viewers glued to the screens.

Also, the 2 minute time set for athletes to spell a word brought out the Drama that the TV audiences love. The Behind-the-scenes footage of nervous kids, as well as the blooper reel of contestants & judges, made the Bee a compelling watch.

Coming to profiling the athletes, ESPN used to show each contestant’s track record, how they have fared in regional competitions, previous rounds & at times, even past seasons. The same detailing that goes behind Michael Jordan’s performance in a season is also given to an unknown child from Minnesota who has reached the Bee finals.

Through its unique positioning, ESPN not only promoted the show but also profiled the athletes to keep the viewers engaged.

Like the Spelling Bee, ESPN also enjoyed great success in broadcasting the World Poker Championships and the Yacht championships. But let’s talk about them some other time.

On the whole, ESPN understood the point of differentiation that makes its product stand out. Also, it gave a template on how a brand can create an offering that ropes in new audiences as well as drive engagement within its existing audiences.

As we sign off, here is a hilarious video where ESPN’s youngest contestant spells the longest word in the English language.

I love football, coffee and marketing in no particular order. A passionate brand marketer with 4 years of experience in the sports marketing & retail industry, I am always open to connect with fellow marketers to exchange & learn interesting stories & ideas.