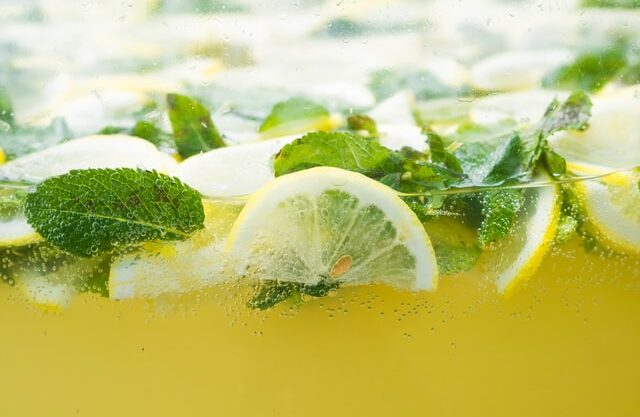 Over the past decades, the Insurance market has become one of the most profitable sectors in the world. It has been generating trillions of dollars as it became a necessity product in our lives rather than an option.

Yet, until recent years and in spite of the technology revolution that had spread its giant wings over some specific sectors, the insurance sector remained somehow unaffected and continued functioning the traditional way.

That was the case until two smart professionals decided to join their forces. And be the pioneers by introducing Artificial intelligence to the insurance market. In April 2015, Daniel Schreiber (a former president of Powermat) and Shai Wininger (a co-founder of Fiverr) established Lomonade Inc.

As per Wikipedia, Lemonade Insurance Company is an American property and casualty insurance company headquartered in New York City offering renters and home insurance policies for homes, apartments, co-ops, and condos in many US states in addition to content and liability policies in Germany, The Netherlands, and France.

Lemonade Insurance Company is registered as a Public-benefit Company. This means the company aims to benefit the public along with achieving an obvious goal of maximizing shareholder value. The American company’s main target was to take the traditional old school insurance to another level by making insurance a Millennial-friendly product using artificial intelligence.

Lemonade is a completely digitalized insurance company; it doesn’t have any physical agencies or written policies. Instead, customers buy their policies and submit their claims on the web or through the mobile app.

When users sign up for insurance and pay their premiums, Lemonade takes 25% as a flat fee out of these premiums in order to cover its operating expenses, while the remaining 75% is used to pay claims submitted by users. Just to give you a perspective, for-profit insurance companies charge 35% as premium fees.

At year-end, the balance of these premiums is donated to a charity of the user’s choice. This is what is called the “Giveback” concept.

Lemonade was fully aware that this type of conflict will eventually damage the relationship between the insured people and companies. So they came up with a creative solution that can attract people and at the same time is beneficial to society.

Thanks to the “Giveback”, any remaining and unclaimed amounts from people’s premiums will go to donation and not to the company’s pocket. In other words, the company will not benefit from rejecting people’s claims because this money will be spent either way. Whether to the claims reimbursements or to charities, hence there is no reason for Lemonade to reject claims as long as it complies with the company reimbursement criteria.

Even though insurance is essential, but to be honest, the process itself is boring and usually frustrating, especially to younger generations.

Lemonade actually hasn’t reinvented the wheel but still has managed to attract millennials by simply making some changes.

Lemonade has developed a well-designed and user-friendly mobile app to attract the younger generation. The aim is to make the entire process more appealing and less frustrating.

Powered by artificial intelligence, these chatbots are capable of creating a personalized insurance policies and quotes for customers, serving them with quick responses for their queries, complaints and reimbursements.

Obviously, Lemonade realized that the time to hold the new generation’s attention keeps on getting shorter. Hence they focused on eye-catching, colorful, and short ad videos with minimal words to deliver the message in as simple as possible way.

The Power of Artificial Intelligence:

Some time ago, a story was published on Forbes that demonstrated the power of Artificial intelligence at Lemonade Insurance Company. And at the same time, it delivered a strong message to fraudsters.

In 2017 a claim from a user of Lemonade in LA was submitted by a man in his mid-20s who pretended to be a woman using a wig, necklace, lipstick, and makeup. He uploaded a video describing how his camera and some other electronics had been stolen. His $677 claim has been paid by Lemonade in a couple of days.

Later on and in the same year, the same guy, wore a typical guy’s clothes, using different email address and phone number, submitted another video claim. In his new claim, he claimed to have a stolen camera worth of $5,000.

This time, the algorithm has suspected that something smells fishy, the claim was rejected and user was marked as “suspicious”.

Again, a third attempt by the same person, wearing a pink dress and using a new account with different identification details.

Luckily enough, the changes he made didn’t help, the algorithm caught him again, but this time his case was escalated to the authorities.

According to Crunchbase, Lemonade has raised $480 million in seven funding rounds. It’s latest Series D round valued the startup at $2 billion.

Lemonade losses were never a surprise neither to Lemonade nor to the investors since it is completely normal for a company not to make profits in its early stages. Moreover, the company is expecting further and higher losses since it will continue to invest in technology and in growing the business.

Even though many people still can’t digest the idea of dealing with companies that are completely dependent on bots with no humans to interact with. It is about time that we accept the fact that artificial intelligence is becoming a reality and in the near future, we will see more businesses and industries relying less on people and more on machines.

Check out the below interview of Lemonade Insurance Company’s CEO Daniel Schreiber on how Lemonade differs from traditional insurance companies.