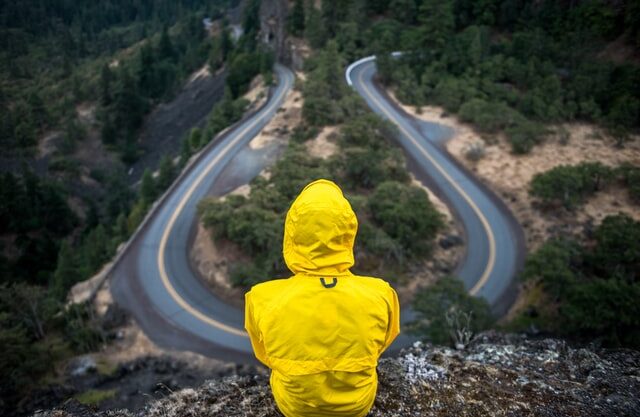 Let me take you back in time when I truly learned the meaning of adjacency expansion (don’t worry, you will learn soon what it is). May 2019. I was at crossroads – parting ways, evident choices, decisions that cannot coexist. Having spent more than 5 years in one Industry I thought my learning curve had flattened.

I wanted to explore new opportunities and new industries, but somehow the roles that came my way were from the same Industry. Well, isn’t it obvious! Why would somebody want to give me a chance to learn at his/her cost? What’s that I bring to the table to justify the leap?

A Strategy Class about Adjacency Expansion came to to Rescue

In folklore, crossroads were intimately connected with witches. In Greece, the goddess Hekate was the goddess of occult magic (amongst other occult things) and of crossroads. Hounded by what next, worried but prepared of the lesser-knowns. As luck would have it a Strategy Class came to my rescue.

That fateful day, we were taught Adjacency Expansion. First off, let me quickly define it.

“Adjacency expansion is a company’s continual moves into related segments or businesses that utilizes and, usually, reinforce the strength of the profitable core.”

The point of an adjacency growth strategy is to generate incremental growth, both organic and acquisitive, by staying close to the roots in terms of the customer base, the service lines, the value chain, the technology focus, the vertical focus, and so on, and never, ever overreaching these competencies. The success stories of a lot of brands that eventually ended up at a bold and new place actually started in small and discrete steps. That’s the core of Adjacency Expansion.

Seventy-five percent of growth initiatives fail. So how do the few firms that generate sustained, profitable growth succeed? They expand their strong, core businesses—in predictable, repeatable ways—into related markets where they can excel

Source: Growth Outside the Core by Chris Zook and James Allen (HBR)

I took the learning back to my hostel room and decided to chalk out my Adjacency Expansion plan. All I needed to do was to identify my strong core and then move to related industries.

Once upon a time, in far far land there were two brothers (no..no.. not talking about Anil and Mukesh) Nike and Reebok. Okay, they were not really brothers. Let’s get straight to numbers.

Both companies were almost entirely focussed on athletic shoes, with Nike focussed more on performance athletes, Reebok’s focus was somewhat more diffuse. They started out in the same business with the same manufacturing techniques and comparable brand names.

Yet, Nike found a magic-unicorn-dust-potion for growth that it used successfully again and again, while Reebok seemed to pursue a different source of growth every year with uneven results.

Nike had a clear strategy (not so clear back then to its competitors) consisting of a repeatable method. It took years for Nike to develop and hone its strategy, and even to realize the potential of its approach, which started with running in 1963. It first ventured into basketball with  Michael Jordan’s 1985 endorsement, second moved into tennis in 1986 with John McEnroe as the spokesperson, and finally entered the 1990s picking up the pace and moved into baseball, football, cycling, volleyball, hiking, soccer, golf shoes, clothing, and golf balls.

One thing that’s evident here is the power of the repeatable franchise. The sequence is to move from shoes to apparel to hard goods, from soft entry to endorsements by leading athletes, and from US entry to Global distribution.

In short, increase strength in the core while driving that market power into new adjacencies through a repeatable and adaptable set of methods.

Read: Nike doesn’t sell shoes. It sells an idea with its marketing strategy!!

So what’s in it for me rather for us? This example illustrates several key findings:

It took a while for Nike to find the pattern; it was not endowed with it at birth. Nike has been extremely disciplined at finding one formula for incremental growth and repeating it over and over again. That repetition has created real, interconnected strategic benefits, each of which contributes to Nike’s competitive advantage. On the other hand, the undisciplined approach to growth was Reebok’s handicap.

Reebok shifted from one adjacency to the next without a clear strategic plan. The company positioned itself as a sports and performance company, and not a fashion and fitness company, —but undercut that approach with brand additions such as Ralph Lauren and Polo footwear. Unrelated investments like the acquisition of the Boston Whaler boat company also points out to lack of clarity.

For Nike, the company had been selling shoes for 22 years when it broke into basketball.

Nike’s formula helped it pull far away from the competitors that were watching its success but were unable to match it (ohh don’t tell me you were thinking no efforts were made by Reebok!). Remember? Reebok’s efforts to duplicate Nike’s “Air Jordan” halo, for instance. The outcome:  It led to the “Shaq Attack” sneaker. But copying one move in Nike’s pattern gave Reebok little traction, and by the time Reebok figured out Nike’s adjacency expansion game, Nike had pulled too far ahead.

A sugar treat! Let’s watch together: