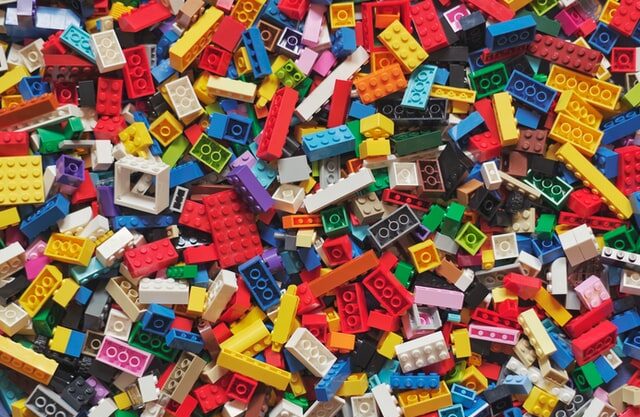 LEGO – Powered by the Customers’ Inventiveness

It all starts with one small, unassuming plastic brick. It is 31.8 mm long and 15.8 mm wide, with eight studs in two rows of four each. Add an identical brick. And another brick. And another. Add to that the imagination of a person, and nothing seems impossible! Of course, I am talking about Lego- A perfect story of innovation strategy.

On 10th August 2020, LEGO celebrated its 88th birthday. As a middle-class kid in India in the 90s, I did not have access to LEGO kits. But I definitely had the notional sense that they existed and played often with local knockoffs. I realized the extent of popularity of the kits and their sheer versatility only when I attended the exhibition The Art of the Brick by American artist Nathan Sawaya in Paris.

With the simple foundation of plastic bricks, LEGO has not only become the largest toymaker in the world (revenues of approx. $4.4B in 2019) but has also captivated the imaginations of kids and adults alike throughout the world in the process with its story of innovation.

But for Lego that now sells 7 toy sets every second, owns eight amusement parks, and has released four blockbuster movies in the past six years, the story was NOT awesome in the early 2000s. The company was on the verge of bankruptcy, with dissatisfied consumers and rising costs.

What followed is the story of one of the most successful open innovation strategies ever executed by a global brand.

The Complex Journey to Open Innovation. What is Lego’s Innovation Strategy Story?

Founded in 1932 by Ole Kirk Kristiansen, LEGO started with a small collection of wooden toys in Denmark. The company has always been innovative, moving to plastics as early as 1946 and patenting the ‘stud-and-tube’ self-locking system in 1958.

Another one in its series of innovations, a project created with help from MIT, LEGO Mindstorms was launched in 1998. It is a combination of a hardware and software structure that enables enthusiasts to develop programmable robots based on LEGO building blocks.

Within weeks of the launch, over a thousand users had hacked into the software that came with the kit in a coordinated campaign to make unauthorized modifications with new functions.

The company initially considered legal action against these hackers, but then they realized one simple fact – when a small group of researchers from MIT could come up with such an amazingly innovative product, what could be achieved with the imagination of thousands of users!

Instead of suing the hackers, LEGO chose to work with them and created an ecosystem around the product. They encouraged these fans to interact with its internal innovation team and generate new ideas for the product. Read our story on Digital Transformation of Domino’s that made it a technology company.

The result – LEGO Mindstorms NXT, released in 2006, became one of the company’s biggest commercial successes.

The reason for this success – it was co-created with customers.

LEGO Mindstorms has become a classic example of open innovation strategy, in which a company makes use of a mix of internal and external brainpower to drive innovation. These external ideas and technologies could come from its customers, suppliers, and even sometimes its competitors.

The success of co-creation for Mindstorms was an extremely valuable lesson for LEGO. Since then, LEGO has accepted customer outreach and feedback mechanisms as core tenets in the company’s operation.

There is the LEGO Ambassador Program, that enables the company and its fans to engage in conversations around the kits. This company gets exposure to new ideas, technology, and partnerships, and the fans become a part of the decisions made by their favorite toy manufacturer. There have also been instances of LEGO investing in businesses for products related to existing product lines.

LEGO also started a crowdsourcing platform in collaboration with a Japanese website called Cuusoo (meaning ‘imagination’ or ‘wish’ in Japanese), which later transformed into LEGO Ideas. The company invites users to post their ideas for LEGO products and campaigns for them.

Ideas that get 10,000 votes within a year qualify for a review by LEGO. If accepted, these ideas are transformed into commercially available products, with the creators getting 1% of the product’s revenues. Creators of successful kits have been featured on CNN and Mentalfloss, and are treated like rock stars within the community.

LEGO is a perfect Innovation Story. How?

Customer outreach and co-creation initiatives by LEGO have created some of the most vibrant and active online communities in the world. In the process, they also discovered that the blend of enthusiasm, creativity, and passion that the kits generate in kids never really disappears. As per estimations adult fans account for roughly 5-10% of LEGO sales. This popularity has even led to LEGO kits being a serious alternative investment. Second-hand kits are sometimes listed for as high as $10,000!

Fun Fact: Irrfan Khan is the only Indian to get his own ‘minifig’ by playing a character in Jurassic World.

Today, due to its open innovation strategy, LEGO is everywhere. In the past two decades, the brand has become more relevant than ever before. It is again seen as cool among its customers across the world. Bank balance has soared. And the LEGO name has become synonymous with creativity, imagination, and endless possibilities.