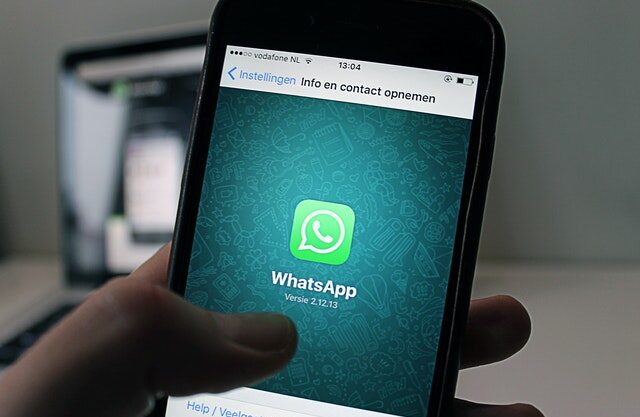 India is the biggest market place for WhatsApp. Facebook-owned WhatsApp reported its India revenues of Rs 6.84 Crores and a profit for the first time of Rs 57 Lakhs for FY 2019, according to a report by The Economic Times. WhatsApp was able to monetize once it launched Whatsapp for Business. WhatsApp reported last Thursday that more than 15 Million users are using its business application.

From sharing images of last night party to sharing documents to having family gossips, WhatsApp solves all problems. WhatsApp has played a major role in bringing the world closer (I think more than any other app) and also played a role in a number of divorces (blue tick :P)

Fun Fact: Last week WhatsApp launched features like a dark mode for its users globally. It also solved a major problem. Now you don’t have to give your number to add someone on WhatsApp. The company will soon launch a QR code feature. Just scan and add. This feature will play a major role in Women’s Safety and keep away those perverts who ask for mobile numbers in the pretext of business conversations.

Then one day Whatsapp launched its Photo Status feature

To stay relevant in the market WhatsApp time and again has updated its features that can add value to its users. But one feature cringed me to the core. On its 8th birthday, 24th Feb 2017, WhatsApp released the feature of Photo status. What does it mean? People could now share images, videos, gifs, memes as stories that would last for the next 24 hours.

Like me, millions criticized the feature of Whatsapp Photo status. Application users felt the feature was being copied from Snapchat and Instagram and WhatsApp had lost its uniqueness about text status. Users wanted to stick only with the text status.

WhatsApp was a haven for people believing in one to one conversation. Overnight it became just another photo-sharing application for such loyalists. Anyway, people as usual are resistant to any change. (That’s a topic for some other time)

But for WhatsApp “photo status” was a highly strategic move. How?

Five years ago, I remember deleting all those good morning images and videos from my gallery to install a 10mB application on my phone. I am sure you were also in the same boat. Like you, I was also tired of getting “Not enough space” or “Insufficient Storage” notifications when I urgently wanted to install something.

Family groups were driving all millennials crazy with all those “Good Morning” messages from Mama or Chacha or door kay rishtedaar. Google researchers in Silicon Valley tried to figure out why so many smartphones in India are freezing up. They came up with the conclusion that it was “Good morning” images adorned with adorable babies or flowers or sunsets in the phone that are freezing it. Even today, when I see my mom’s phone, it is full of good morning messages, quotes, and random videos. And then she complains how slow her phone is.

WhatsApp too had to face serious consequence of this.

The application was freezing because Indians were sending 1 Billion messages (remember images and not text) every morning, overloading WhatsApp’s servers. Digital India was seeing millions of newbie users being excited about the technology and using it to greet each other. Indian users or Uncles were feeling good but WhatsApp was not happy. The application felt the pain. WhatsApp just could not handle.

So, this is the reason why WhatsApp came up with the idea to implement photo status so that people can greet everyone at once without sending it to each individual or multiple family groups. It also reduced the “Uncle’s” effort to send messages to all family members (thank god!!).

With just one move of moving from text-based status to photo status, the application solved a major problem. The strategy is sometimes all about finding an innovative solution. It does not have to be fancy. But organizations do need to have an innovation strategy in place. This strategy improved WhatsApp’s performance and with time enhanced user experience.

A company without an innovation strategy won’t be able to make trade-off decisions and choose all the elements of the innovation system.

In fact, to overcome this problem of phone freezing faced by people, Google launched an Artificial Intelligence based application FileGo which reads all the good morning messages and deletes them keeping your phone clean and spacious.

You may have hated Whatsapp “Photos Status” when it was launched. I just hope after reading the above information you would appreciate this amazing user friendly application called “WhatsApp” even more.

She is a technology enthusiast with an experience of 3 years in IT industry. She loves to travel, explore and talk to people. She leaves a little sparkle, wherever she goes. She truly believes in if you help only one person, together we can make a huge difference in the world.