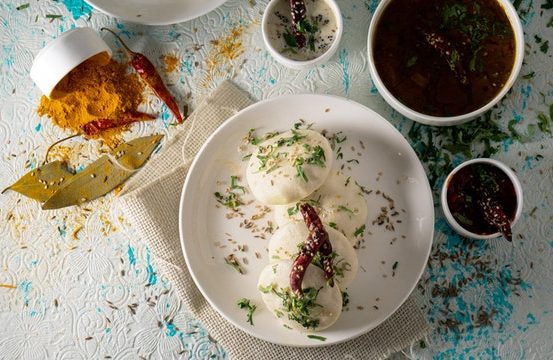 Being born and brought up in a South Indian family has always meant an unlimited stock of dosa batter and filter coffee decoction. Strangely, Rava/semolina dosa and idli have always been an occasional luxury. Rava upma was certainly regular, but idli always meant the usual white-washed chunks of mashed rice. It got me thinking, was Rava/semolina idli and dosa not as much a part of the South Indian traditional spread?

Rava idli is an outcome of the ultimate crisis, though it has managed to become an infrequent delight in many households. When the world was battling in the early 1940s (World War II), some survival alterations led to an unexpected shift in the category with the birth of Rava idli.

Agility and Innovation, the heart of MTR Business Model

Rava idli, the popular occasional indulgence in many South Indian households was a result of geniuses at work. The period of crisis nudged the famous and well-established Mavalli Tiffin Rooms of Bangalore to replace the over-consumed rice with semolina due to the scarcity of rice.

The then owner and soul of the restaurant, Mr.Yagnanarayana Maiya, an exceptional cook, is to be credited fully for redefining the boundaries of the ‘South Indian breakfast & snacks’ category. Thus arrived steaming hot Rava idlis with freshly ground coconut chutney and tangy potato saagu, topped with a sumptuous amount of ghee.

The success of Mavalli Tiffin Rooms is not credited to the emergence of Rava idlis alone. The art of leveraging opportunities as the business stepped further helped the restaurant become the top-rated and familiar MTR Foods.

Club it with identifying the correct cultural practices, and your product will sell and be accepted widely, just like MTR packets reside in most parts of the world.

Today, MTR Foods has been taken over by the Norwegian foods-to-metals group Orkla for smoother management purposes. The group’s ready-to-eat delicacies continue to be the ultimate go-to item to pack for every Indian flying out of the country.

Orkla already holds a strong position in the Indian branded food market MTR brand, which has grown its sales five-fold since Orkla acquired it in 2007. For the last 12 months ending 30 June 2020, MTR had a turnover of INR 9.2 billion. In addition to having seen strong domestic growth, its presence has been expanded to 32 countries around the world, with North America, Australia, and New Zealand being the major markets.

How did a brand manage to become so trusted and dependable? How did a mere restaurant go from a single outlet to having a worldwide presence? How did packed food become a replacement for mother’s hand-cooked food? How did a bowl of food become a meal of nostalgia for every Indian residing outside the country?

Mavalli Tiffin Rooms, formerly known as Brahmin’s Coffee Bar, has been in existence since 1924. Like every other restaurant on the streets of the young Indian city of Bangalore, Mavalli Tiffin Rooms also served authentic South Indian snacks and meals of all kinds.

In the early 1970s, when a state of emergency was declared, all well-established restaurants were asked to slash their prices. While competition cut down on quality, employees, or other expenses to not compromise on profit margins, Mavalli Tiffin Rooms took the bold step to retain their working standards to continue delivering quality to their customers.

Not only did they stick to their standards of offering, but the restaurant also diversified and started offering pre-made mixes for customers to make what they would have otherwise dined at the restaurant. The strategy gave birth to a new business model of MTR: The packaged food.

This gave the restaurant a window view into the category of processed foods before actually stepping in. While Mavalli Tiffin Rooms retained the old-world charm of partitioned steel plates, a hustling eatery environment, and an aromatic open kitchen, MTR Foods steadily took over the ‘ready to eat’ segment, which was crowded by western variants for the longest time.

It might have most certainly be challenging to cater to two opposite ends of the market- freshly cooked and instantly cooked. Perhaps, two different life stages, too, pertaining to distinct age brackets and mindsets.

In 1994, the MTR management decided to tackle the conundrums of these dividing interests by heading in two separate directions- the restaurant chain and the packaged food chain became separate verticals of the business model.

Today, Mavalli Tiffin Rooms is present in 9 locations in Bangalore, 1 in Udupi, 1 in Singapore, 2 in Dubai, and 1 in Kuala Lumpur, while MTR Foods exports to a total of 32 countries including the United States, United Kingdom, Middle- East, Japan, Canada, Australia, Germany, New Zealand Singapore, Malaysia, Mauritius, and many others.

Practices that redefined the category boundaries

Though at present, the Indian market has many players in the processed food segment, MTR’s role in shaping the potential of the category can never be undermined or discounted. There is also another successful player in packaged food that is ruling the market with its innovative yet simplistic approach, ID Fresh.

In 2019, the brand had a share of a whopping 900 Cr, with a CAGR of more than 14%, and most importantly, managed to hold immense value in the hearts of many.

The brand was thoroughly focused on what it needs to deliver, their strong value proposition of selling culture-induced Indian food variants in multiple SKUs worked wonders for them. Having a thorough understanding of the predominantly prepared Indian delicacies and with a strong vision of keeping the relevance of the cuisine intact, the scope of expanding the business model of MTR has always been crystal clear.

Consistency is the king of all competencies

What’s further a moment of awe is to see how consistently the brand has evolved with progressing times. As they spotted a demographic shift, the three-minute breakfast series was launched in 2017 to keep up with the fast-paced lives of the millennials. Backing the product range with the consumer insight of breakfast being the most rushed or skipped meal, the breakfast range surely was a huge success.

The organized breakfast market in India is driven by a need for convenience with consumers sometimes compromising on what they would like to eat for quicker options. Most Indians at a breakfast buffet choose Indian food with similar behavior being observed in college canteens and train stations. Yet, the same people, when they are at home and in a hurry on a weekday morning, choose a bowl of cereal and milk just because it’s quicker and more convenient than Indian breakfast. The MTR 3 Minute Breakfast will now give Indians easy access to a hot, comforting range of Indian breakfast dishes in just 3 minutes.

On the launch of the 3-mins series, Sanjay Sharma, CEO, MTR Foods

For a brand of such size and stature, MTR Foods made sure to frequently touch base with the customers by hearing them out, their ways of preparing a delicacy have been of utmost importance while crafting a new product. Sanjay during an interview mentioned,

We have a 100-years legacy; we are known as people who know food. But we don’t rest on our laurels — we have a dedicated team of five to six chefs working on recipes. For a sambar, we spent four years finding out the denominator that matches across millions of households. We visited 3,500 consumers before we came up with the recipe.

Experience MTR, in its truest form

The brand has invested in two signature outlets named Namma MTR, in Bangalore that spoke for everything the brand stood for. Right from a live cooking counter to demonstrate how easy it is to cook great-tasting authentic food using MTR products, Namma MTR provides a modern retail experience without losing sight of its authentic roots.

Some food for thought!

It is very clearly established that trust and credibility are assets built over time, something that takes immense amounts of energy, consistency, and a strong vision.

While it might be easier to deliver a product, delivering a wholesome and authentic experience is what brand building truly is. MTR has exhibited all formats of strategic brand building in its successful business model.

The century-old business didn’t merely survive on traditional ways of flourishing but also constantly took into account the frequently evolving environment to sustain at being relevant and staying true to their purpose of existence.

Shraddha is a Bangalore-based Strategist and freelance writer. She has a knack for decoding human behaviors impacting collective culture and a passion for sustainable planning and storytelling. 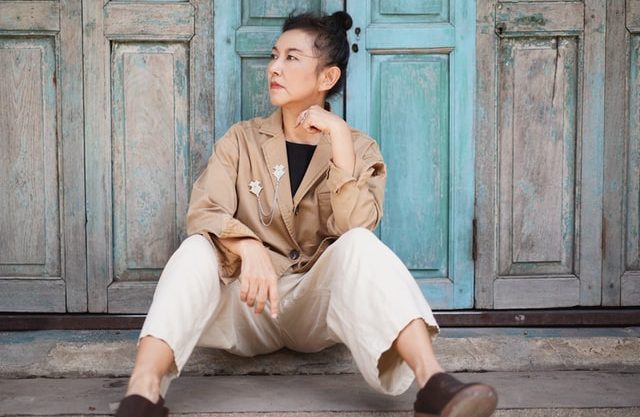