Do you remember the hair chumpy from your grandmom while she shares some stories? Hair Oil is not just a beauty product in India that is used to strengthen the hair strands. But it’s a tradition that has been followed since ancient history. Hair oil is something that you can still find in almost every Indian household.

Whenever we say Hair Oil, the first name that comes to our minds is that of Parachute. This 100% coconut hair oil, as claimed, currently enjoys over 60% market share and contributes to around 40% of its parent company, Marico Ltd’s sales. It’s a common household name in India and gains great respect in the markets of Bangladesh and other surrounding countries.

So, what’s the story of this 100% coconut hair oil and how did it become India’s must-have commodity?

For any successful FMCG, product identification and product portfolio play a vital role. FMCG is one of those sectors that flourish even in a recession and therefore commands very high quality and quantity premiums.

The research and the New Product development team in Marico started by taking dried coconuts and cutting them into two halves.

After they took out the water, coconuts were then sun-dried for 5 days. After removing the outer shell, the remaining copra was sun-dried for a couple of weeks. The copra was then poured into an oil extractor, and the result of the extraction was the coconut oil after all the filtering for about a day.

From this innovation, back in the ’80s, Parachute oil was seen by traders and consumers as a superior product. But the wholesalers located in Maharashtra knew the power of the Parachute brand. As a result, they pushed smaller packs of coconut oil and sold it to their customers.

Seeing this potential, the company started to appoint distributors and gave them retail packs of Parachute oil to sell. The brand identity that made Parachute stand out was built around four values- Purity, Clarity, Aroma, and Tradition which signified their universal appeal.

But in those days, coconut oil was sold 100% in tins. Normally for any FMCG, there’s a lot of market research involved before launching a product. In Parachute’s case, the research team came back saying that plastics will not succeed with coconut oil.

Needless to say, this came as a shock to the manufacturers and the team responsible for Parachute. But why was plastics not a sustainable solution?

The plastic packaging job for the organization didn’t work out and eventually led to the oil oozing out. Then the rats would attack the coconut oil in plastics because they love the plastics and coconut oil combination, and the whole retailer shop would get spoilt.

After a lot of consideration, they took a bold decision and decided to convert the market from tin to plastics as plastics are cheaper than tins and are more convenient to pour, and more attractive to keep on the shelf. Thinking of the end consumer, all the points amassed to plastic being the easy way to succeed.

So, Marico developed a round-shaped bottle where the rats would find it difficult to get a grip and packed it in such a manner that not a single drop of oil was oozing out.

The surge in Growth of Parachute after the change in packaging

With all the Fiasco with packaging, it was beneficial for them to increase their confidence. In the initial stages, it wasn’t easy to explain to the retailers. So the Parachute team used to take pictures, explain to the traders, and asked them to keep three to six bottles first and test it out.

Slowly they were able to break resistance over a period of time. It took almost ten years to convert the entire market from tin to plastics. Plastics cost half the tin cost, and therefore they were able to put all that money back into advertising, talking about the benefits of plastics and oil. That pioneering moment from tin to plastic gave them a huge increase in market share. Virtually from 0% market share, they became the market leaders. This proves that Innovation and execution go hand in hand and not just the ideation.

At one stage, Marico faced 100 copycats of Parachute and were losing about 20% of their sales to them.

In retaliation to that the team designed a certain mold with a foreign mold maker at a very high cost, and the copycats were not able to copy it.

Marico had to design a container with a wide mouth and a spout. Throughout different phases, the biggest success of parachutes is through innovations, and that happened in a category like a coconut oil, where there are very limited opportunities for innovation.

Due to this innovation only, Parachute has now come up with totally new packaging. The story of this packaging will be covered. But next time.

The environmental initiative by Marico

Marico’s products are sold in about 25 countries and it recorded a turnover of INR 61 billion in 2015-16. Even today, 25 per cent of the consolidated turnover comes from Parachute sales, with the brand maintaining its market share at over 50 per cent in India in the coconut oil category.

Marico has taken the initiative to reduce greenhouse gas emissions by increasing the use of biomass fuels in all facilities. It has cut down on waste generation by optimizing the packaging design, reducing packaging material, introducing lightweight bottles, recycling, and reusing.

Most of their manufacturing locations carry the ISO:14001 Environment Management System certification, with the largest manufacturing plant at Baddi having the ISO: 50001 Energy Management System certification. Even the corporate office in Kalina, Mumbai, is a Green Building that controls illumination through intelligent light sensors and saves water.

Marico also started a Kalpavriksha program that is aimed at the welfare of coconut farmers which was initiated at Tanjore as a pilot project. Post this success they expanded in major coconut growing area of Tamil Nadu. They also entered into Kerala, Karnataka and Andhra Pradesh.

All in all, the story of a consumer and retailer-friendly packaging of Parachute has been a tremendous success for Marico, and it teaches us that for any FMCG, it’s the innovation and ideation along with the right consumer research that prevails in great success. After all, the products are made for consumers and not for organizations. 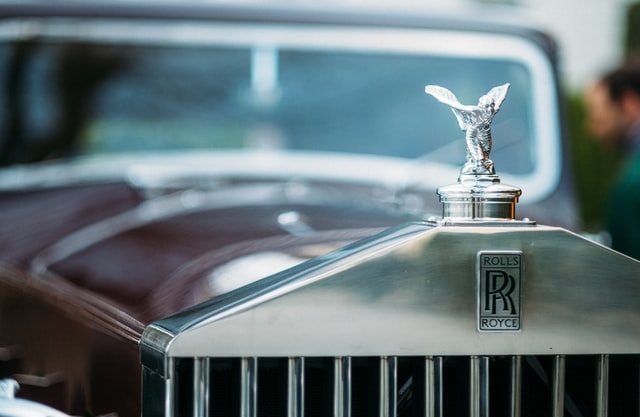