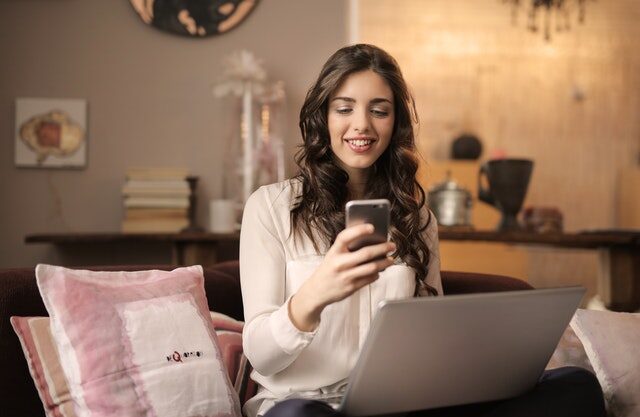 Do you know about any e-commerce startup that touched great heights but was left high & dry when opposed to following the whims of its majority investor?

If you are thinking about Snapdeal then you are with us.

Snapdeal, an Indian online marketplace, started in 2010 by Kunal Bahl and Rohit Bansal. Within six years of commencing business, the e-commerce startup commanded a market valuation of $6.5 billion. It counted Ratan Tata, Softbank, Nexus venture, and Kalaari Capital as its investors.

The Company made multiple acquisitions throughout these six years but major among these were Gojavas, a logistics service company, and Freecharge, a mobile payments company.

By 2016, it was the third largest e-commerce player, in India, only after Flipkart and Amazon in terms of valuation and clocked revenue of INR 14,570 million.

Beginning of a fall

Its once-thriving consumer electronics business shrank with the arrival of US-based Amazon which promised faster delivery and better seller prices, according to RedSeer Consulting.

Snapdeal was too stuck with its electronics segment and could not leverage the high margin segment like fashion in which Flipkart owned Myntra was a master.

Snapdeal witnessed the maximum drop in GMV among all the players in CY 2016. Discontinuation of circular trading, lowering discounts after DIPP regulations, as well as Amazon outperforming the player and eating into its market share has contributed to this sharp decline

By late 2016 there were rumors around the news of Snapdeal considering possibilities of a merger with rivals Flipkart or Amazon. The news only crystallized by April 2017 when it became clear that Softbank, a majority shareholder in Snapdeal, wanted it to merge with Flipkart.

The only problem with this merger: Flipkart was willing to take on Snapdeal at a value of less than a billion-dollar. The talks went on for seven months. The deal fell apart due to the founders’ opposition as they were hopeful of holding the reins of the company and indemnity clauses in financials. Moreover, the founders saw it as a significant drop in valuation.

Surprised how did this happened?

Right after the deal blew off, the founders decided to continue operating Snapdeal as an independent company. They started by upgrading to Snapdeal 2.0 (implying second innings). Snapdeal 2.0 was different from its predecessor in terms that this time it focused on the product and not the brand. It realized it could no more be a money-guzzling tech startup.

Here are some key takeaways on how Snapdeal fixed its broken fortune with its version 2.0:

In April – July 2017, Snapdeal was not looking to scale but was about holding the ground, as it was losing money; cash reserves were depleting fast. In July 2017, FreeCharge was sold to Axis Bank for $60 million. The money from the FreeCharge sale was vital for the company’s survival to “fix the economics of the business.”  In January 2018, Future Supply Chain Solutions announced acquiring Vulcan Express Private Limited for approx. $6 million.

These deals helped the company get survival capital and brought them closer to focusing exclusively on the marketplace.

The founders at the time of starting Snapdeal 2.0 knew that they could not continue as a cash-burning startup anymore, and they had to do something different from their competitors Flipkart, Amazon, and Paytm.

But the founders knew that the Indian economy is different than the western counterparts. The GDP per capita is way lower in India, and many Indians come online for savings rather than for convenience. Hence a good chunk of Indian consumers is looking for products valued for money and not necessarily branded.

Snapdeal started focusing on serving value-conscious customers’ needs, majorly from tier 2 and tier 3 cities. The founders started looking at the unit economics of each category, each product, etc.

In an interview with yourstory.com the founders said, “Generally if we felt something could be made more efficient, we seize that opportunity. In situations where we cannot turn a category or a line of products into positive unit economics despite the utmost effort, we just cut them out. This seemed like a very unpopular decision back then.”

Founders in an interview to YourStory

They started scoring small brownie points that compounded into larger numbers. For instance, they completely changed their fulfillment and logistics as getting super-fast delivery of products to consumers was not a priority.

With the vision of Snapdeal 2.0 came the requirement for having a leaner workforce. Although Snapdeal sold FreeCharge, the funds were not enough unless they trim their workforce. Almost 80% of the workforce was handed off pink slips, which meant they decided to sack about 1000 odd employees out of their total workforce of 1200.

Snapdeal 2.0 changed the interface of their browser by changing the navigation of the app to make it more engaging. The app now showed a continuous feed of products rather than displaying brands, categories, etc as the focus was on products.

The target audience was not someone who would have something specific in mind about the kind of brand they are looking for but was customers finding a product with their needs in mind at a better price than the offline store, even if it requires spending additional minutes browsing the same.

Snapdeal understood the price-sensitive customers very well. To increase the audience engagement with the app they introduced a feature whereby a visitor to the app could play games and win coupons free of cost. These coupons got accumulated in the Snapdeal account and could be used to get discounts on purchases made via Snapdeal.

The inclination to redeem such coupons, in turn, helped to increase the sales. It also helped boost the traffic on its website, as more such audiences started to try their hand at these games and browsed the website.

In FY 2020, Snapdeal partnered with Gamezop, a mobile gaming startup to further increase the engagement of the website with the users visiting the website/app. Snapdeal has games like Stack up, Jackpot Machine, Find The Queen, Spin the Wheel, and Shuffle and Win. With the help of its partner Gamezop, it increased the variety of games.

In FY 2020, Snapdeal started with a lot of initiatives such as investment in video, vernacular languages, and other strategic projects in line with market expansion activities to focus on new users.

Further, it has partnered with various regional logistic players in Andhra Pradesh, Gujarat, Uttarakhand, and Punjab. With the focus on tier 2 and tier 3 cities, the company received about 85% of orders from outside of the top 10 cities.

Snapdeal’s story is a big lesson in management. A startup that once enjoyed the fame, glory and became the blue-eyed boy of investors was on the brink of closure. A business without strategic TG and business economics can never be sustainable. Unfortunately, this is the case with the entire startup ecosystem in India. Snapdeal has learned its lesson but let’s hope others learn their lesson too. You and I can just wait and watch!

It is not the strongest of the species that survives, nor the most intelligent. It is the one that is most adaptable to change.