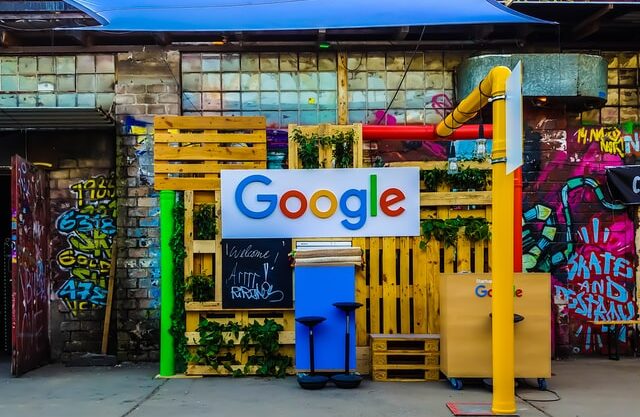 Why did Google Plus Fail to take off?

Google Plus was launched in 2011 and I remember being very excited to try my hands on it. After all, who did not have high expectations from a brand like Google? But then, they decided to open the social network to only a selected number of users by setting up an invitation-only system in June 2011. The demand was so high that Google had to suspend invitations.

Another very distinct feature of Google + was that it allowed the users to create and participate in ‘Hangouts’. This video chat option allowed 10 Google + users to communicate together at the same time. An additional feature that attracted a lot of celebrities to use the app was Hangout on Air. This allowed the users to broadcast their Hangouts and record it for posterity.

During the first few months of the launch, the statistics of Google + looked very impressive and it seemed to be doing really well in the market. There was a buzz created by the restrictions on invitations and the feeling of exclusivity on the site pushed people to rush to get in (FOMO?).

Two weeks after the launch, there were 10 million accounts registered, which grew to 40 million by October 2011 and reached 90 million by the end of that year. There was an analysis done which showed that Google was gaining around 600,000 new users every day.

As Google Plus grew, it opened up a new wave of opportunities for other businesses that were already advertising with Google.

+ Post Ads were a new type of advertising via Google’s AdWords advertising platform. Inside of AdWords, those ads were called ‘Engagement Ads’. +Post ads allowed you to pay to promote your valuable Google Plus content as an ad on relevant third-party websites using Google’s Display Advertising Network (DAN). The DAN placed ads on millions of websites across the Internet, using Google’s AdSense program that allowed the website owners to share in the revenue generated through those ads.

Few Examples of Companies that used this +Post Ads feature of Google Plus are:

The most unique feature about the + Post Ads was that when a web page visitor clicked the ad or hovered his/her mouse over it for more than 2 seconds, the ad used to expand into a full, original Google Plus post to which the ad was linked. Once expanded, the post got fully interactive, with all the functionality of the actual Google + post.

However, this feature also had various drawbacks.

The Drawbacks which Lead to Failure of promising Google Plus

Google Plus was launched without a clear plan as it just wanted to give competition to Facebook. Facebook on the other hand was already there in the market for more than 7 years and was very popular. People were getting addicted to Facebook. Google somehow wanted to have pie in the rising social media craze. Hence it seems Google launched Google Plus without a proper plan.

Confusing Circles feature of Google Plus

The users found sharing posts on Google Plus very confusing as the circle feature of the app was complex. The users were supposed to create circles of people. Those circles comprised of friends and family to share circle-specific posts. Unlike Facebook, where a confirmed friend request establishes a two-way connection, this was not the case with Circles. People who you’ve added to your Circle have a choice whether or not they add you back to their own Circle. Users had their own circles and didn’t know who were the others in a circle. Confused? So was the feature!

Google Plus’s competitors, Facebook, and Twitter offered very well designed applications with smooth mobile browsing experiences. But Google plus lagged behind in this. Although it launched a mobile version later, it was very late by then. By that time Facebook was unbeatable and people didn’t seem to be interested in using multiple applications. Hence it didn’t give a healthy competition to Facebook and Twitter in capturing user base.

Vic Gandotra is the man who created Google plus. A few years later after the launch, he left Google. His departure shocked Google. There was no smooth plan for succession to lead Google Plus.

The Collapse of Google Plus

The main reason, which Google shares for the shutdown, is the very low usage and lack of customer engagement.  90% of the Google Plus user sessions had started to last not more than just 5 seconds. Google had also discovered a bug in one of the Google Plus APIs which was connected to critical security aspects.

This glitch in API exposed the user profile data of around 440 apps that were using Google plus. Up to 5 lakh accounts were potentially affected by this breach and sensitive information such as names, email addresses, occupation, age, and gender was disclosed.

Lack of user engagement and fooling around with security protocols of its users led to a massive defeat of Google Plus. But that’s not what ended its chapter, in November 2019. there was a software update that contained another bug affecting Google Plus APIs.

However, this time the security breach was even more alarming. To be precise, around 52.5 million users were impacted, including its enterprise users.

In today’s online world, being transparent, maintaining privacy and security are becoming more and more important for both businesses and users. Google too learned its lesson, although the hard way. However, to regain the lost trust Google re-launched Google + as Currents. It became available for the users on 6th July 2020.

‘Currents’ is available both in the Google Play store as well as in the App store. However, the audience for this app is limited only to enterprise users. This app is described as a place where users can connect with their colleagues, exchange documents and interact with like-minded people having similar interests, keep track of what is happening in other departments, and across the organizations with trending tags, and more such other things.

Will Currents be able to have a successful take off and a turbulence free journey?

Well, let the future unfold this card for us! Till then, let’s make the most out of the app.

Urvi is currently doing her MBA in marketing. She believes that you can only grow if you do mistakes and learn from them. She is currently working as a business development intern in a startup. After completing her MBA in 2021, she aspires to join a MNC as a product and brand manager.