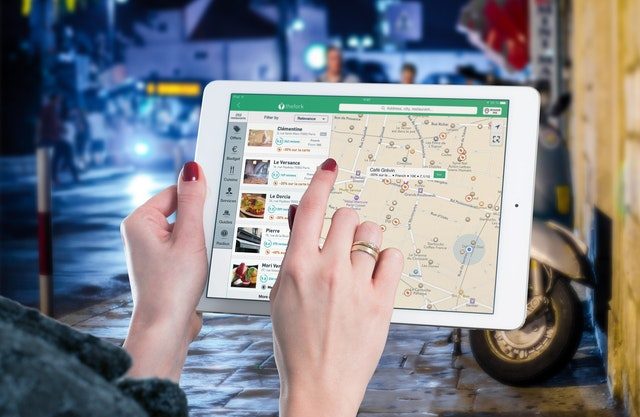 Sometimes a buzzword emerges out of the blue and seemingly transforms our understanding of the world—Discovery, funnel marketing, first-party data, and, more recently, micro marketing environment. Scratching the surface can reveal a resemblance to timeless established fundamentals though admittedly, the platforms and technology have changed significantly.

Specifically, the concept of micro marketing can be seen even in ancient Indian mythology. The Ramayana tells the story of Rama’s support to Sughriv in his battle against his brother, the monkey king Bali. As Rama attempts to focus on his target, he is unable to distinguish between the two warriors who look very similar. The battle concludes only after a clear distinction is created between Bali (adversary) and Sughriv (supporter) through the unique identification tool of a garland, and the arrow reaches the right target.

In today’s world, one of the simplest examples of micro marketing is how small businesses leverage Google maps to serve relevant consumers. To put it in simple words Micro-marketing as an advertising strategy is all about targeting a specific set of customers who show the highest potential of buying the product or service.

The image below shows a screenshot of a route trip from location A to location B (taken on my phone).

It is a late evening, the trip is long, and it starts from an office location. There is a possibility that the traveler is tired, and perhaps her stomach is growling. Google understands this. A tiny orange blurb pops up on the route map at a location where traffic is slow, and guess what? It shows a little café that serves excellent coffee and offers a ‘no contact’ takeaway. What could be better?

In the pre-digital decades, mass media platforms were a good fit for the industrial manufacturing setup in which per-unit costs went down as scale was achieved.

Popular FMCG media models were built on this with the idea that maximizing awareness (through mass media) for mass-produced goods along with mass distribution would deliver lower costs. This worked wonderfully for scale companies that had a large audience. However, it could not work for small brands with local audiences or large brands with geographically dispersed audiences.

Length of the Consumer Journey:

In the past, awareness and purchase happened at different moments, and there was an element of a ‘time lag’ between discovery, trial, and repeat stages of the consumer journey.

This discovery to trial and repeat cycle could take anywhere from a week to a year or more. But in today’s digital world, discovery and shopping can happen simultaneously, collapsing the entire consumer journey and making it significantly shorter.

The second distinction is that mass media could not distinguish audiences at an individual level. Hence, the same reality TV show could be aired to millions of people at the same time, regardless of whether they have any interest in the genre or the category.

For Larry, the ad spots on the reality TV show led to awareness or reminders for the new Pringles flavor and eventually led to a purchase. However, his friend – who was sitting right next to him and watching the same show – really does not care about the category and would not consume a potato wafer even if it were free.

There was presumably no need to serve the ad to Larry’s friend. But past mass technology could not allow for different ads for different individuals. For a small company with limited budgets, the media spent on catching the ‘friend who does not like potato wafers’ is wasted spill-over media. It serves no purpose other than creating discounted prices for buying bulk advertisement spots that represent a volley of a thousand arrows on a battleground full of both friends and foes.

Since each arrow has a cost attached to it, the choice is often between buying thousands of cheaper arrows with low precision and a single, high precision but more expensive arrow. The right approach depends entirely on the business model, media objective, and scale of the opportunity.

Micro Marketing – When it makes more sense Vs. mass marketing

Let’s take another example of Epic, a subscription-based reading and learning platform for kids, most recently in the news for being acquired by Byju’s for $500 million.

Epic was founded in 2013 and offers access to books and videos for kids under 12 years.

Popular search optimization tools peg its monthly traffic at 3 and 5 million, and published data puts its base as 2 million teachers and 50 million kids. Notice that the ratio of teachers to kids is very similar to a real classroom ratio of teachers to students for premium schools (1:25).

The annual subscription at $71.99 is, however, not something an average Indian parent can afford. So, the question for Epic while looking at India would have been, what kind of parents would be willing to pay $71.99 every year for a kids’ book library? A library being something freely available in schools and community clubs.

Assuming that an international curriculum is a surrogate for premium education, there were approximately 700 such schools in India serving 400,000 children in 2019. About 25% of the students would be part of the primary program, largely catering to the under 12 years segment, giving us about 100,000 kids. Assume that Epic’s initial target is to approach 50% of these schools; the number comes down to 50,000 kids. This is a micro population and spread out across several metro cities in India.

The onset of the pandemic would have changed this to an extent, but reaching the right kind of parents — those who can afford the price tag, believe that reading is good for their kids and want a safe learning environment (versus free open sources with the associated challenges) — would have been critical.

Epic seems to have understood this conundrum, and you can see a wealth of micro-targeting and influencer work in their reach-building initiatives. Epic offers free books to educators and positions itself as ‘teacher approved’ on its website. Teachers are the first to experience the quality of the books and the safety of the environment. Once they feel comfortable enough, they recommend it to parents who have immense faith in teachers.

Taking a mass media approach could have used up millions of dollars without building the trust credentials necessary for parents to make the transition to purchase. In this situation, the endorsement was needed from teachers who parents are familiar with, look up to, and who share their goal of enabling their child to do well. This is precisely the approach that Epic follows with recommendations coming straight from the teachers.

Intuitive though this may sound, much rigor goes into creating precision, particularly in today’s digital age. Big Data can be of critical support, especially for companies that have reams of continuous consumer data. Netflix in India was able to deliver a stiff competition to local streaming companies despite being late to launch. It relied heavily on advanced algorithms to drive recommendations for shows to the extent of even customizing individual thumbnails.

Hence, users’ home page looks a little different even if they have similar tastes. For the show ‘House of Cards’, Netflix even made different trailers and filtered them according to user preferences.

Amazon and Flipkart are said to create thousands of different communication assets to target different consumers. This level of micro-targeting would have played a role in enabling Netflix to attract 5 million users from a total aspirational base of ~15-20 million top households. However, some are admittedly still on the free trial.

Smaller D2C companies also actively use a spate of tools to increase accuracy in micro marketing. For example, Google Search Console is leveraged to diagnose the traffic source to websites, and search engines are optimized to improve discoverability.

Retargeting a ‘look alike’ audience sitting in a specific part of the consumer funnel and chasing people who have advanced to the checkout stage on the website is an accepted practice. So the next time you get a reminder from Swiggy or Zomato offering you a 10% discount on your favorite dish, know that it is not a coincidence.

One might be forgiven for wondering if micro marketing is the only approach that delivers results in today’s world. The answer to this is subjective. If we look at the case of Amazon and Flipkart, they are essentially ‘born digital’ companies and have the capability to target very specific consumer cohorts with relevant offers.

Hence, when TV ads started to appear for both, it came as a surprise. Not so anymore as we have seen several digital-first companies (Swiggy, Zomato, OLX, and even Google) advertise on national television, print, and radio.

In the case of Amazon and Flipkart, many TV ads centered around big sale days and Diwali holiday season, a time when a large chunk of the population has a common need to buy new clothes and white goods for themselves and for gifting. With an overall macro need and scale audience who have access to the internet, it made sense for digital companies to leverage mass media.

Mass media would attract consumers to a particular platform that promises to solve a large overall need (Diwali gifts, home-delivered medicines, or buying a pre-owned car). The platform would then funnel consumers into mini cohorts based on specific requirements (Diwali traditional clothes for children, home-delivered diabetes medicine, buying a pre-owned luxury car in Ranchi).

In creating the right marketing strategy, the final choice often boils down to understanding:

Blending these questions and simmering them in a cauldron of media options would yield the right spell of either a thousand arrows on a thousand targets or a precise sniper approach or perhaps, as in the case of Amazon Diwali sales – a combination of both.

Consumer behavior and brands professional by day and a closet data cruncher by night - Suparna has had the privilege of working in multiple functions at the loftiest of FMCG companies in multiple countries. She is currently working in an MNC in a global role.