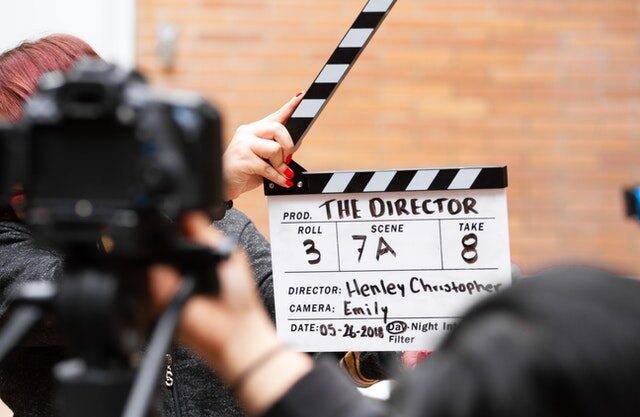 Movie making is more about strategy than creativity for Marvel

This strategy story is meant to convey that movie or film making is not only about creativity. There are a lot of strategies that go into movie making. For this story, Marvel Studios has been taken as a subject.

Love Iron Man? Did you cry when Iron Man died in Endgame? I did. I suppose you also love Spiderman for his pretty cool powers or because you relate to the everyday life of Peter Parker. Let’s talk about Ladies and Men’s Man Thor and his glory. Played by a man with Godly looks Chris Hemsworth, Thor never ceases to amaze people with his unbelievable cosmic power.

Did you find a common connection above? Yes, they are all Marvel characters. (Please don’t start Marvel vs DC here :p)

I am surely talking about the Marvel Cinematic Universe by Marvel Studios. How come Marvel Studio always manages to not only just amaze its audience with its vivid characters but also surprise them with every release of the same character?

You won’t be surprised to know that Marvel Studios in just over a decade has collected a whopping $22.5 billion at the global box office with its 23 films. At least 14 films are in various stages of production. Imagine the moolah Marvel is going to rake in.

I’ve always believed in expanding the definition of what a Marvel Studios movie could be. We try to keep audiences coming back in greater numbers by doing the unexpected and not simply following a pattern or a mold or a formula.

Kevin Feige in an interview to news magazine Variety

Let’s see some of the glorious achievements of Marvel Studios led by Kevin Feige:

Managers in any industry can learn from the success of the Marvel movie franchise.

For example- Scott Derrickson, director of Benedict Cumberbatch-starring Doctor Strange is a horror movie director with “The Exorcism of Emily Rose” and the “Sinister” franchise in his portfolio. Let’s look at Kenneth Branagh of Thor. He has both directed and starred in adaptations of Shakespeare. The drama and bravado give a feeling of reading King Lear or Hamlet.

Moreover, these directors have worked under tight budgets before they signed up with Marvel. So they were always cost-conscious despite working with almost unlimited budget authorization. Marvel Studios played a huge bet on these directors and as we can see it paid them well.

Crew Hiring Strategy: Prof. Spencer Harrison of INSEAD in his research compared overlap between movies in the staff of the core creative group. He found that on an average 25% of the core group remains the same from one movie to another and full crew has an overlap of about 14%.

But why this overlap strategy in crew hiring?

Business owners understand that solid team dynamics can have a drastic improvement in the performance of the organization. They realize that preserving the core team relationship dynamics can be beneficial in accelerating the pace of idea generation and execution process. Such teams have a steep learning curve. Moreover by maintaining the team familiarity business owners enable the continuity required to keep the organization intact.

Marketing Strategy: Nobody understand its audience better than Marvel Studios. When Marvel ventured into movies from Comics, adults got the nostalgia and kids were amazed by the use of graphics. This strategy helped Marvel to reach a wider audience of various age groups.

Remember how much you got thrilled when you saw Thor stabbing Thanos in Infinity War and you thought finally catastrophe has been averted. But wait. Next minute Thanos says that he should have aimed for the head. At that moment you knew “Thanos will return”.

See what Marvel did here. They have already sold you the ticket for the next part in the series.

Marvel movies may share some common strategies but they have maintained a distanced from each other so as to avoid the overlap. Superhero movies once considered the end of an actor’s era are now being appreciated across all segments of the movie lovers. Simply because production houses are playing the game with the right strategies.

It’s just, come on guys, there are other stories to tell besides hyper-gonadal males without families doing death-defying things for two hours and wrecking cities in the process.

Having said that even the best strategies fail if the product is not innovative. In this case creative. Yes, creativity is important in film making. Creativity can get a film Academy Award. But to achieve the level of business growth that Marvel Studios has achieved, creativity is required to join hands with the best movie making strategies.

Netflix – Constantly Pivoting its Business to Success. How?

From postal to streaming to production, Netflix has constantly pivoted its business model to become the best in the entertainment industry.

Strategy that made a magazine must-have for career success

The Economist has grown from being just a newspaper to a must-have for career success through its innovative advertising strategy. Learn How