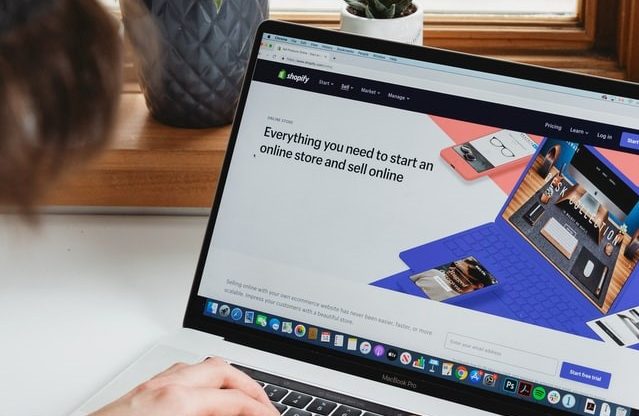 Imagine you have a pickle business. You sell different types of pickles (Mango, Indian, Amla, Garlic, Mixed). Now you want to expand your business to other cities and set up an E-commerce store. However, your expertise lies in making pickles and not set up an E-commerce website.

Shopify is a leading provider of essential internet infrastructure for commerce; offering trusted tools to start, grow, market, and manage a retail business of any size.

Shopify aims to make commerce better for everyone with a platform and services engineered for simplicity and reliability while delivering a better shopping experience for consumers everywhere.

Shopify was inspired not only to sell its product to customers but also to help its customers become more successful via its platform. For a simple reason: More Money merchants made, more money Shopify made. This is also one of the significant reasons Shopify has grown to where they are today.

The company was founded by Scott Lake, Daniel Weinand, and Tobias Lutke in 2006. It is headquartered in Ottawa, Canada. Shopify has become a giant with a presence in 175 countries, $4.6 bn in revenue in FY21, and $54 bn in GMV in just Q4 of 2021. As a business enthusiast, I got curious to learn the business model of Shopify and how does it make money?

Shopify’s rise has a similar story to many start-ups: It started as a solution to a problem that founders personally experienced. The founders wanted to launch an online snowboard shop, but they couldn’t find a single software that could solve their trouble.

The founders faced a significant hindrance when they got a custom-made design for their snowboard store but couldn’t get it to work in any of the systems available then: Miva, OsCommerce, and Yahoo stores. They decided to build the solution they wanted desperately, and the product became Shopify.

What makes Shopify’s business model so unique for merchants?

Power of Data: Shopify’s software is delivered to merchants as a service and operates on a shared infrastructure. This cloud-based infrastructure relieves merchants from running and securing their hardware. It also consolidates data generated by the interactions between buyers and a merchant’s products, providing rich data to inform merchant decisions.

Brand Building Opportunity: Shopify is designed to help our merchants own their brand, develop a direct relationship with their buyers, and make their buying experience memorable and distinctive. Brands on Shopify can offer buyers an end-to-end, managed shopping experience that previously was only available to much larger businesses.

Rich Ecosystem: A rich ecosystem of app developers, theme designers, and other partners, such as digital and service professionals, marketers, photographers, and affiliates, has evolved around the Shopify platform. Such a rich ecosystem adds value to the merchants’ business.

Technology: Shopify hosts its platform on cloud-based servers. Maintaining security and integrity of technology infrastructure is highly critical to Shopify, and they further plan to invest in infrastructure to meet merchant’s needs and trust. The essential attributes of the Shopify platform are as follows:

How is the European Klarna championing “Buy Now Pay Later”?

How does Shopify make money?

As of March 2022, Shopify has three subscription plans for merchants that are designed to meet the needs of current and prospective merchants. Offering different service and pricing levels allows entrepreneurs to scale without leaving the Shopify platform: as a merchant upgrades to the higher-priced options, they receive more powerful tools.

Shopify also offers one more service plan called ‘Lite,’ allowing website owners to add a Shopify store to their existing web properties. The plan costs $9 per month. For bigger-sized businesses, such as Budweiser, Tesla, or The Economist, a more advanced program like Shopify Plus is offered, which starts at $2,000.

Most merchants subscribe to Shopify’s Basic and Shopify plans. Allbirds, Gymshark, Heinz, Tupperware, FTD, Netflix, and FIGS are among the prominent 14,000 Shopify Plus merchants leveraging its commerce solution.

Shopify offers a variety of merchant solutions to augment those provided through a subscription to address the broad array of functionality merchants commonly require, including accepting payments, shipping, and fulfillment, and securing working capital. Merchant solutions contributed ~70% of Shopify’s revenue in 2021.

The growth of Shopify’s business model is simply incredible. A clear case of an innovative solution to the problems founders usually face. Shopify is also doing an excellent job inspiring next-generation entrepreneurs by putting out content on its YouTube channel.

The merchants on Shopify can sell any product or service of their choice- from Physical products, services, consultations, classes, experiences, memberships, etc.

Shopify has wholly revolutionized the e-commerce business, which is evident from the fact that it’s the most searched e-commerce solution on Google Trends. Shopify has made e-commerce literally just a click away!!

How Curefit business model is revolutionizing the fitness industry

The business model of Curefit is an innovative blend of coaching, engagement, and delivery through a combination of online and offline channels.

The business model of Rivigo solves the truck driver’s shortage while helping drivers maintain a healthy work-life balance by allowing them to be at their homes every day.

By adopting an agile supply chain, it became possible for Benetton to produce large volumes of garments to exploit economies of scale at the manufacturing level.