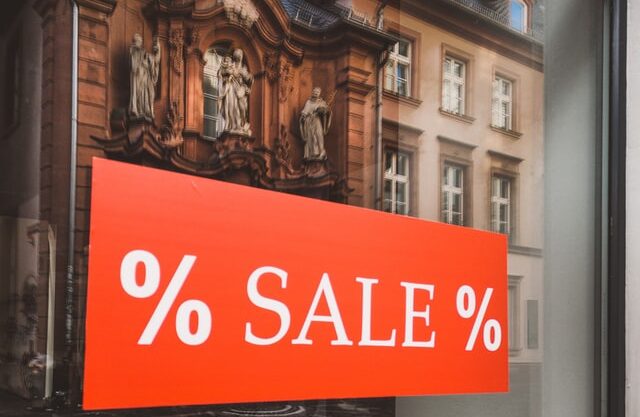 The Economist Magazine: A story of clever decoy pricing effect

This story is about how one of the top business magazines The Economist uses the decoy pricing effect strategy. The strategy is not complicated. We experience it in our everyday lives. As I did once too.

What is there to think about? It’s a clear choice’ – my project partner exclaimed in surprise!

We were working on a college project and I wanted his help in choosing one out of the three available subscription plans on a website building platform.

Quite evidently, for him, it was an easy decision to make. After all, that’s what ‘decoy alternatives’ are for.

This story dates back to when ‘The Economist’, the magazine came up with its subscription offers.

They wanted to provide readers the option of both print and online editions to choose from. And you just can’t simply ask customers directly what they would pay.

After much deliberation they zeroed in on the below two subscription offers:

Naturally enough, the company was betting on its readers choosing the second alternative over the first one. In reality, things turned out to be quite the opposite.

More and more customers favored the first option i.e the online-only edition at $59 while a handful went for the second one. Much to the management’s displeasure, the final split looked something like the below:

It didn’t take long for The Economist to realize that something was wrong with the way they had priced their offerings.

The moment you make a mistake in pricing, you’re eating into your reputation or your profits

So what did they do next to nudge the readers towards spending more?

Read: What made The Economist magazine a must-have for career success

Behavioral Economics (Decoy Effect) to the rescue: Reaping the effects of asymmetric dominance

The revised subscription offerings from Economist now looked like the one below:

If you look at it carefully, the same two initial alternatives were retained, with just an additional decoy inserted.

This means that the readers were still getting the online-only version of The Economist at $59 and the web and print version together at $125, but now they had an additional print-only subscription offer available at $125.

‘The middle option looks pretty useless’ – is that what you are thinking?

Well, quite naturally, why would anyone go for a print-only version at $125 when they can go for a better deal at the same price. It may look trivial but thats a very imporrtant insight in pricing.

And out of these two, it obviously was a clear choice.

Thus with a simple decoy option, The Economist was successfully able to nudge its customers to choose the alternative that’s more expensive and has higher profitability for the business. Supposedly the magazine increased its sales by 43% after this pricing strategy.

Watch this video by Dan Ariely, Professor of psychology and behavioral economics at Duke University. who has beautifully explained this pricing strategy by The Economist.

How does the decoy pricing effect play with our mind

The decoy pricing effect was first described by academics Joel Huber, John Payne, and Christopher Puto in a paper presented to a conference in 1981.

In marketing, the decoy effect (or attraction effect or asymmetric dominance effect) is the phenomenon whereby consumers will tend to have a specific change in preference between two options when also presented with a third option that is asymmetrically dominated

Simply put, for a marketer, the decoy effect or asymmetric dominance effect is nothing more than a particularly clever pricing strategy used to switch your choice from one option to a more expensive or profitable one. It’s a strategy to influence customers by adding options that provide much less user value for its price against the product a brand actually wants you to buy for maximum profitability.

At a quick glance, these additional options might look like a useless option with a poorly chosen price point, but its sole purpose is to make one of the other options more attractive in terms of its perceived value. So don’t call a brand stupid for having such a pricing price. They just know your thought process and like to play it cleverly.

Buying decisions are often more complex than we perceive them to be.

Most people don’t know what they want unless they see it in context.

The context is more powerful than we actually realize. The context helps a business position its product and services in the way profitable to it. When presented with a number of choices, customers often struggle to find a common criterion against which all the options can be weighed. In such a scenario price and quantity often become the commonly used criteria.

A decoy option/decoy pricing effect often works by manipulating these key choice attributes -it steers the customers towards the company’s desired target while giving them the impression that they have made a rational decision.

In our The Economist story above, if you wish to deep dive into the minds of the customers, while they were choosing their preferred option, the decision-making process would look something like the below:

Read: How Apple makes you buy an iPhone because you desire Apple Watch? That’s Halo Effect

So next time you decide to buy the large popcorn at the movies, even when you need the small one, remember what you read today! Watch this video below and you would relate to what I am saying.

Averi is a strategy enthusiast who believes that behind every big or small business decisions, there lies a powerful story. She takes keen interest in economics, psychology and all things art and literature. Professionally a fixed income product strategist, you'll find her either with her violin or a book in her free time.