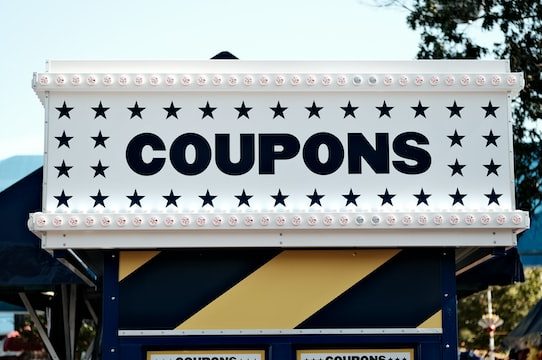 How does Groupon work and make money: Business Model

Have you ever believed in the collective bargaining power of customers? I am sure you must have. Groupon did the same too.

Groupon was born out of founder Andrew Mason’s frustration trying to cancel a mobile phone contract in 2006. Mason thought there must be some way to leverage many people’s collective bargaining power.

In 2007 Mason launched The Point, a web platform based on the “tipping point” principle that would utilize social media to get people together to accomplish a goal. The Point was intended to organize people around a cause or purpose.

It gained only modest traction in Chicago until a group of users decided their cause would be saving money. They wanted to encourage people to buy the same product to receive a group discount. Founder Eric Lefkofsky wanted the company to pivot to focus entirely on group buying. Born from The Point, Groupon was launched in November 2008.

The name for the E-Commerce platform, Groupon, is a portmanteau of “group” and “coupon.” Groupon’s first deal was a two-pizzas-for-the-price-of-one offer at Motel Bar, a restaurant on the first floor of its building in Chicago.

In this story, let’s analyze how does Groupon work and make money and break different aspects of Groupon’s business model.

What exactly is Groupon? How does Groupon work?

Groupon is a popular e-commerce platform that offers discounts and deals on various products and services. Groupon works with businesses to create custom coupons and promotions, which are then marketed to consumers through the Groupon website and app.

When a consumer purchases a Groupon, they receive a code that can be used to redeem the offer at the participating business. Groupon offers an easy and efficient way for businesses to reach new customers and for consumers to save money on things they want or need.

Groupon is a way to drive sales and increase brand. With Groupon, businesses create special offers only available to a select number of customers. Customers purchase these special offers at a reduced price.

The sale is called a “Groupon” because the discounted price is only available to a certain number of people. If a product doesn’t sell, it isn’t offered again. But how does Groupon technology work to know what coupon to list?

Groupon works by analysing what customers are interested in purchasing. When someone buys a Groupon deal, it will be listed on their site. When someone clicks the deal, they will be brought to that business, creating a win-win situation for the partners in the ecosystem.

How does Groupon make money? What is Groupon’s business model?

Customer Experience and Relevance of Deals: Groupon leverages technology and scale to target relevant deals based on individual subscriber preferences. As the volume of transactions increases, Groupon’s data about deal performance and customer interests also increases.

This data allows Groupon to continue to help merchants better design the most effective deals and deliver deals to customers that better match their interests. Groupon uses information about its subscribers to select and send deals via email, and our mobile applications can also target deals to subscribers based on proximity to the sponsoring merchant.

Increasing the merchant base also increases the number and variety of deals that Groupon offers to consumers, driving higher subscriber and user traffic and, in turn, promoting greater merchant interest in offering deals through its marketplace, creating a network effect.

Local: The category includes experiences from local and national merchants. Groupon’s local inventory comprises multiple subcategories of experiences, including things to do, beauty and wellness, and dining.

Travel: Groupon features travel experiences at both discounted and market rates, including hotels, airfare, and package deals covering domestic and international travel. Customers can either make room reservations directly through Groupon’s websites and mobile applications or can choose to purchase a coupon from Groupon and then contact the merchant for a reservation.

Email and mobile messaging: Groupon communicates its offerings through email and by push notifications to the customers based on their locations and personal preferences.

Affiliate channels: Groupon has an affiliate program that uses third parties to promote its offerings online. Affiliates earn commissions when customers access its offerings through links on their websites and purchase on Groupon’s platform.

Social and display: Groupon promotes and publishes its content and offerings through various social networks and adapts its messaging to the particular format of each of these social networking platforms.

Groupon competes with companies that address only specific verticals in its area of business. These businesses have a more targeted user base, allowing their competitors to benefit from their existing customer base with lower acquisition costs or to respond more quickly than Groupon can to new or emerging technologies and changes in customer trends.

Groupon believes it can compete due to the access it provides to merchants to the large customer base, its trusted brand, and the investments Groupon is making in self-service tools that will allow merchants to manage demand more effectively and attract and retain customers.

Revenue: how does Groupon make money?

Groupon also earns commissions when customers make purchases with retailers using digital coupons accessed through its websites and mobile applications. Service revenue for 2021, 2020, and 2019 has been $795 Mn, $644 Mn, and $1.1 bn, respectively.

Product revenue is drastically declining due to a decrease in consumer demand for the Goods category.

Groupon provides an excellent opportunity for businesses to reach new customers and promote their products or services. In 2010 Groupon even rejected a $6 bn offer from Google.

However, companies need to be aware of the potential risks in offering discounts. In particular, businesses should ensure that they can handle an influx of new customers and meet the demands of the Groupon deal.

Additionally, businesses should make sure that they are providing a high-quality product or service at a fair price, as customers who are dissatisfied with their purchase are likely to leave negative reviews.

Overall, Groupon’s business model is an excellent way for businesses to expand their customer base and make money.