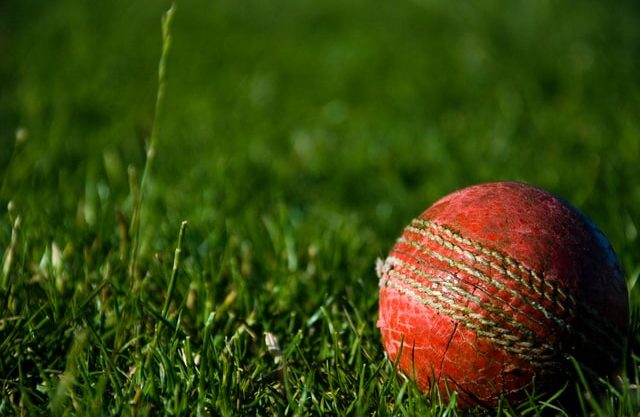 One thing about our country that is constant is cricket.

Cricket is a religion in India, and Sachin Tendulkar is a God. If you see a man suddenly sprinting towards you on an Indian street, don’t be alarmed; he could be a shadow practicing his bowling action or attempting to imitate the action of another bowler. To support their favorite sports team, people would go to any length.

Even betting is a fun way for fans to express their support for their favorite team while making money. The ability to wager on tournaments is only increasing its appeal. Since the sport was introduced in India, online cricket betting has flourished. Betting was, however, made illegal nearly immediately, in 1867.

But I remember watching an advertisement of Dream11 on my TV and thinking, isn’t it illegal to bet in India? How is this company not only legal but has Mahendra Singh Dhoni as its brand ambassador? And my curiosity got the best of me and made me want to explore and write about the business model of Dream11.

Dream11 was started in 2007 by two 22-year-old fantasy football fans from India. Harsh Jain, a University of Pennsylvania engineering graduate, and Bhavith Seth, a graduate of Mumbai’s DJ Sanghvi, sought to produce something similar for the Indian Premier League, one of India’s most prominent sports tournaments.

Dream11 began as an ad-based business model with a season-long format, but it failed to gain popularity. The company opted to abandon this approach in 2012, focusing instead on daily matches and allowing customers to wager on the teams.

On Dream11.com, the company shifted its focus to a freemium fantasy cricket game. Dream11 has expanded from 0.3 million users in 2015 to over 100 million by 2020, making it the most significant fantasy sports platform in India. It controls 90 percent of the market.

How does Dream 11 make money? What is the Business model of Dream11?

To comprehend Dream11’s business model, it is necessary to understand fantasy sports. It’s a game in which players form their imagined teams from a pool of real players from various teams slated to compete in a league or tournament. They win or lose based on the real-life performance of their fantasy team’s players.

For example, if an IPL match is planned between the Chennai Super Kings and the Royal Challengers Bangalore, fantasy sports participants will be able to choose their team of eleven players from the two squads. Of course, they must adhere to all IPL selection criteria and restrictions, including a wage cap, a maximum of four international players, and one uncapped player.

Millions of young sports fans in India are now addicted to fantasy sports. It may have started as a harmless game among friends, but fantasy sports have grown into a multibillion-dollar industry throughout the world. India is catching up quickly. The Indian online fantasy gaming sector, which is valued at around 20 billion Indian rupees in 2021, is expected to escalate rapidly and reach the massive valuation of over 50 billion Indian rupees by 2025.

Dream11 is capitalizing on its rising popularity by employing a novel commercial strategy. There are numerous competitions for each match. Dream11 is based on a freemium business model. There are a few free and a few premium options. You form a team for each contest you enter. A paid contest’s entry cost typically varies from $30 to $60. You don’t mind paying the modest entry fees if you have a chance to win prizes worth up to Rs. 2 lakhs.

Slack also uses the freemium business model which fits from a very small team to a larger organization with capabilities and features.

Also, Dream11 lets 50% of the participant pool win prizes, with the largest share of the cash prize going to the top-ranked and a smaller percentage going to lower ranks. Unlike a lottery, you have a 50% chance of winning on Dream11. Users will participate more if they have a better chance of winning.

There is a catch: the least withdrawal of $200 is required. Dream11 has devised another brilliant technique to keep users coming back because you’ll try to enter more contests until your balance reaches $200.

Not all the money collected from entrance fees is given when a contest is over. Dream11 keeps 15% as a “platform fee,” with the rest going to the winners. Dream11 makes its money in this way.

Yes! Dream11 is totally legal. The Public Gambling Act of 1867 is the primary law in India that governs fantasy sports. The law makes it illegal to gamble in a public forum, but it distinguishes between betting on a game of skill against a game of chance. Dream11 is a game of skill, which is legal.

Games of chance include roulette and three-card games like a flush. Indian courts have regarded horse racing betting as a skill game; however, the laws vary from state to state.

Varun Gumber, a Dream11 player who had lost approximately Rs 50,000 on the site, decided to sue the company in the Punjab and Haryana High Court in 2017, arguing that Dream11’s Online Fantasy Sports (OFS) format amounted to gambling, wagering, and betting and was not a ‘Game of Skill.’

While investigating the case, the Punjab and Haryana High Court concluded that success in online fantasy sports games is based on a player’s ability to apply skill, superior knowledge, judgment, and mental application. By an order dated July 30, 2021, the Supreme Court upheld online fantasy gaming site Dream11’s fantasy sports format as a ‘game of skill.’

Marketing strategy which attracted a vast user base for Dream 11

The fantasy game industry is putting up considerable efforts to attract the broadest possible audience to build the platform.

The brand image dented by legal battles was further improved when Mahendra Singh Dhoni, a great cricketer, and former Indian captain, was selected as their brand ambassador. It created marketing campaigns like #KheloDimagSe and #DimagSeDhoni to connect with users’ in-depth study, rich sports knowledge, and expertise, similar to Mahi’s.

“Dhoni’s immense popularity amongst sports fans and his leadership qualities and sharp cricketing acumen make him the perfect match for our brand. He embodies all the characteristics our users need while picking their Dream11 team. We believe this association will help us exponentially grow our current user base of 2 crore Indian sports fans.”

Dream11’s advertising budget is spent on television commercials and digital marketing, mainly social media ads. It is pretty active on internet media, displaying consumers who have won lakhs of rupees or a first-prize winner’s name and photo. They also congratulate winners at a post-match presentation ceremony, which raises customer expectations and engagement.

What is next for Dream11?

Dream11 is one of the few profitable consumer-tech unicorn startups in India. Dream11’s vision and mission are to establish a virtuous cycle of investment, innovation, and wealth creation for all stakeholders in the sports ecosystem, from fans to athletes, teams, and leagues, through entrepreneur-led initiatives.

It is now rebranding and expanding up SportsGuru, a content platform where users can learn how teams and players are projected to perform in forthcoming matches. Subscriptions may be available on this platform in the future.

The goal for the future is to make fantasy sports more social. The goal is to do so by eliminating service fees on head-to-head games, in which users compete against a small number of opponents, usually people they know.

Dream11 has successfully capitalized on the growing popularity of fantasy sports by combining it with low entry fees, high winning odds, and celebrities like Mahendra Singh Dhoni as its brand ambassador to become the market leader in the fantasy sports industry.

This online platform enables passionate fans to become team owners rather than speculators, allowing them to deepen their involvement and connection with the game they love.